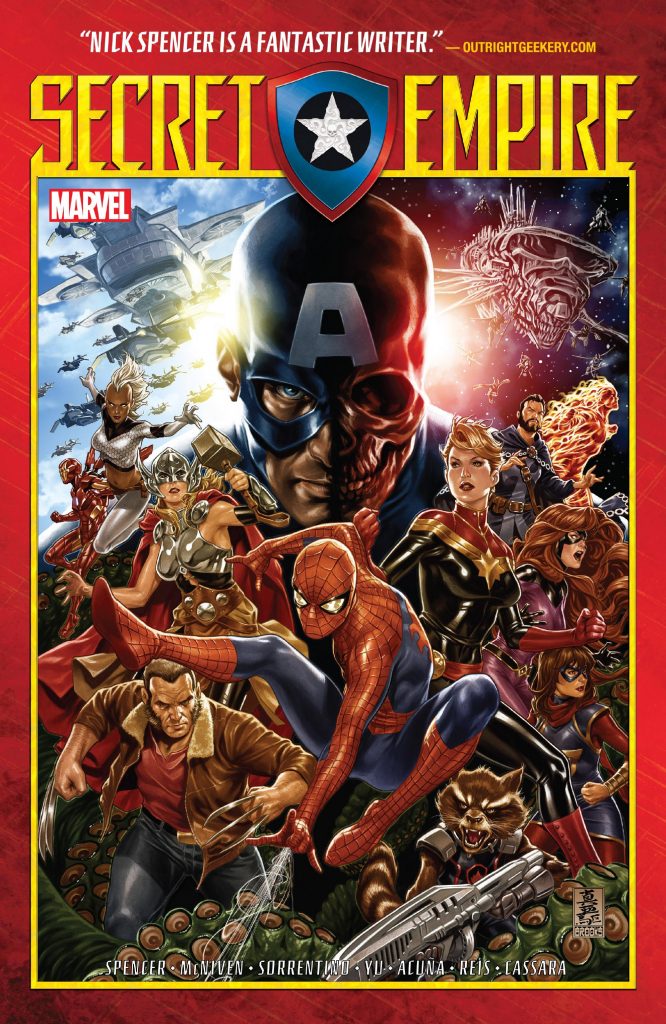 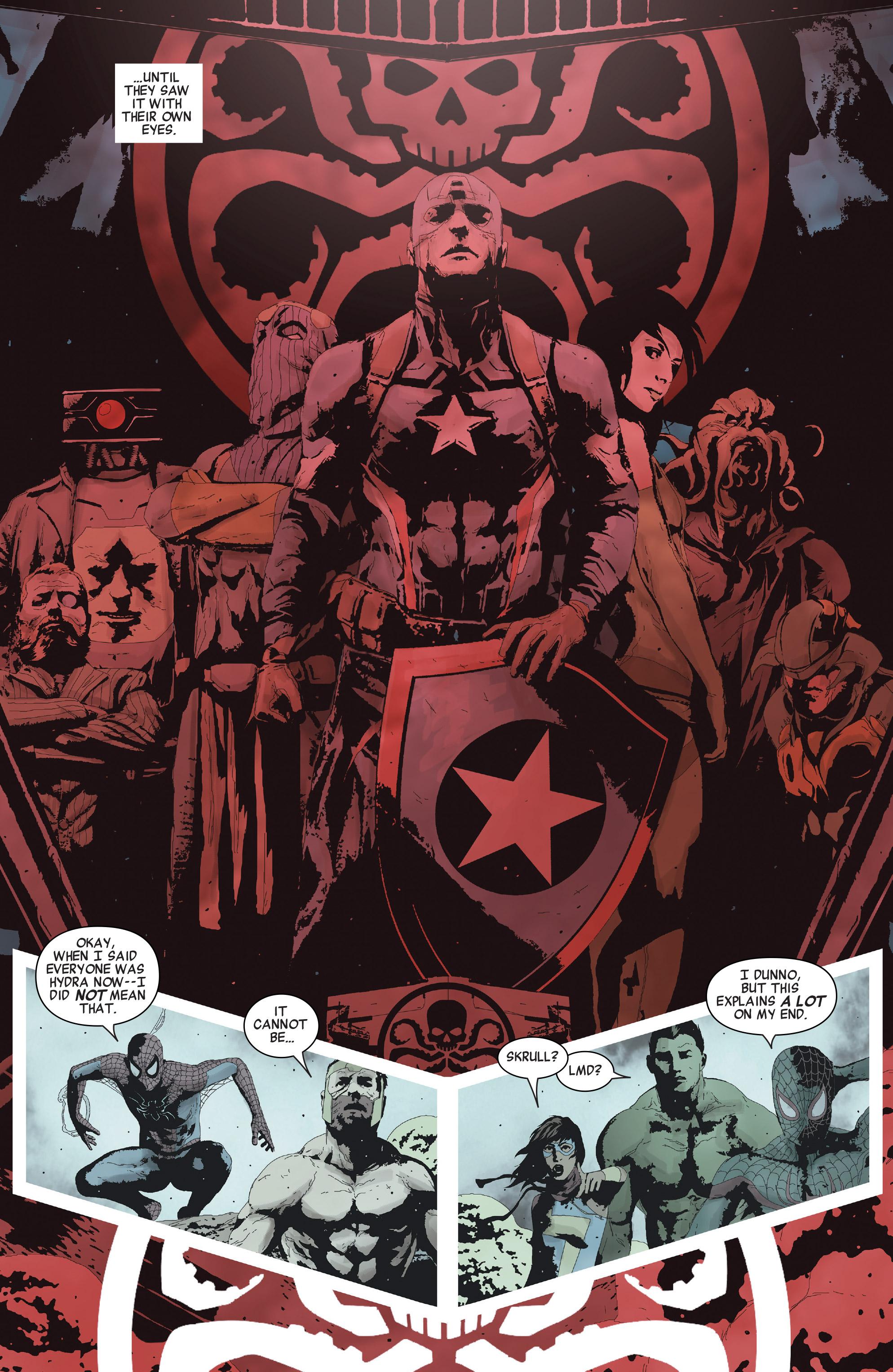 During both the Sam Wilson and Steve Rogers Captain America series reality was rewritten by a sentient fragment of the Cosmic Cube, creating a Rogers who was recruited by Hydra as a child, and whose entire life since has been dedicated to furthering their aims. He manipulated his appointment as head of defence agency S.H.I.E.L.D., and is at odds with Captain Marvel over a protective shield she intends to encircle Earth with to prevent any further alien incursions.

Nick Spencer’s plot shocks because Captain America has been the core of the Marvel universe over the years, a moral lynchpin all superheroes look up to. The opening pages unfurl what he’s been planning throughout the Steve Rogers series, and it leaves Earth deprived of its most powerful superheroes while Hydra over-run the USA. Can the heroes remaining on Earth somehow put things right? Of course they can by the end, because Spencer has provided the solution along with the problem, but reaching that end has pitfalls.

Secret Empire is structured like a fall and rise TV season, beginning with multiple core players spread widely, and ending with the survivors converging, occupied in the meantime with smaller missions featuring an incredible amount of Marvel characters. Considerable suspension of disbelief is required to accept Hydra recruiting enough people wanting to belong to an army of subjugation massive enough to over-run the USA. However, while not addressing that, Spencer attempting to pre-empt other such pernickety points means Secret Empire sprawls in attempts to be all-encompassing, introducing plots largely dealt with outwith this core graphic novel (darkness in New York), or ultimately meaningless interludes (the nuttiest Ultron story ever). It requires dropping the interesting political content Spencer built in his Captain America titles, reducing everyone to oppressed, oppressor or rebel. While incredibly wide ranging, it leaves Secret Empire as a standard superhero event title.

All the stops have been pulled out by the artists, who change by chapter, although there’s some stunning work, with Andrea Sorrentino (sample art) drawing more pages than anyone else. He combines an amazing sense of design, best represented by an astonishing montage picture, with an almost photorealistic method of posing characters without them looking stiff and artificial. Some other major talents like Daniel Acuña, Steve McNiven, Jesús Saiz, and Leinil Francis Yu also participate, while others still like Rod Reis follow one character from start to finish.

This revised Steve Rogers is motivated by the Hydra ideal of valuing strength and order above all else, but having built a hive of certainty during earlier events, Spencer’s version of him here is inconsistent. At times he almost develops a conscience and at others he’s the outright villain, which is unsatisfying, although he features in a very good epilogue sequence, an airing of morality. The ending to events in space is very predictable, and so are elements of the wrap up. Is removing a leader all it takes to dissolve an institution? Even given the shorthand imperatives of superhero comics and an expectation of the reset button being pushed, the pacing is poor. Many may also be displeased that the ending isn’t and entirely satisfying hit of that reset button using the Cosmic Cube, and avoiding predictability generates its own controversy.

Eventually Secret Empire is a lost opportunity. The premise is workable and it begins well enough, but is artificially extended and then almost insultingly quickly concluded as Marvel move on to the next event. Very disappointing.