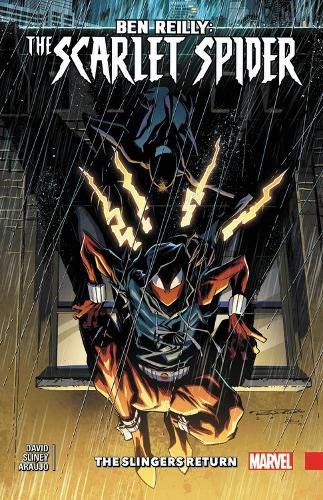 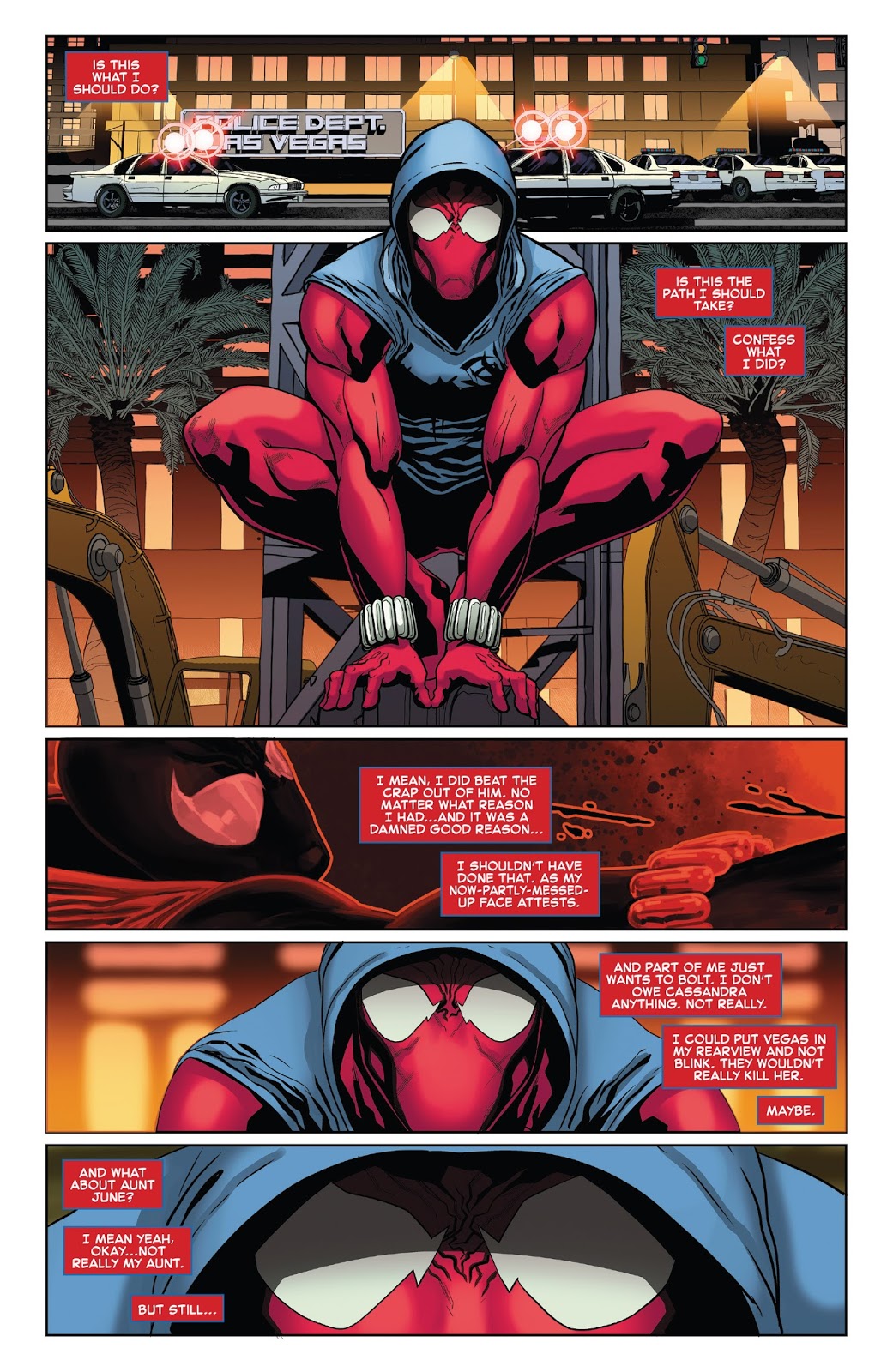 In order to exorcise his past, Scarlet Spider Ben Reilly has moved to Las Vegas, which is a strange decision on the face of it. He’s become embroiled in a bitter rivalry between two casino owners, met a couple of members of the 1990s super team Slingers and in Death’s Sting been given a shot at redemption. It’s the last item providing the theme running through Peter David’s plots. His scarred face has been cured, but the scarred soul needs a lot more work and a lot more time.

Will Sliney’s art features impressive layouts and an appealing energy, but strange shading on faces and the occasional poor figure. That’s probably irrelevant when weighed against an instinctive eye for a good heroic composition, and with The Slingers Return he has the basics for several, his best being two-thirds of a page where assorted heroes are leaping out at readers. André Lima Araújo draws one chapter in his precise way, lavishing attention on strange details. If you want to know the sole print on Scarlet Spider’s boots, he’s the man to consult. Both seem infinitely preferable to the fill-in team of David Williams and Ray-Anthony Height based on their opening pages, but Height has been reliable enough filling in elsewhere, and the pages improve.

David’s story is smarter than it might seem, concerning issues of trust and manipulation. There’s a lot of that going on among Ben’s friends and acquaintances, and the Slingers are a big problem, certainly being manipulated on one level, and possibly more than that, with David revealing at least some of the truth before the end. As the next volume’s titled Damnation, perhaps that offers some clues. The clever aspect is how David pulls the cast from one destination to the next, allegiances constantly switching. Ricochet’s probably going to have sit down with pencil and notebook to work it all out. A final chapter is David’s more whimsical side let loose, with a ridiculous villain and what’s more of a solo slot for fellow Spider-Clone Kaine, although Ben does appear addressing someone who’s been seen in single pages throughout. The conclusion, though, is another matter for Damnation.

Ben Reilly: Scarlet Spider isn’t Earth-shattering, but every collection to date has delivered solid plots, intrigue and art, with The Slingers Return no exception. 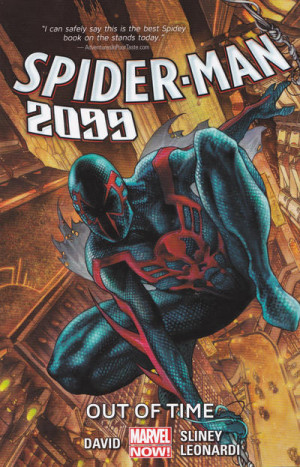 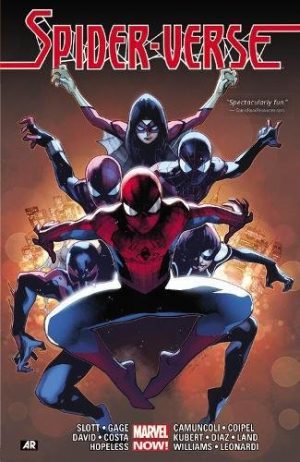 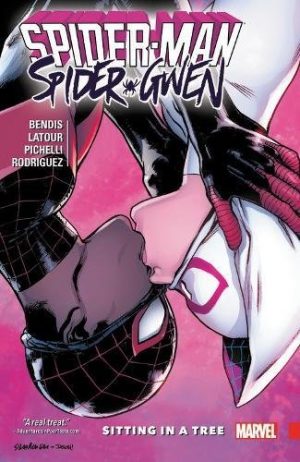 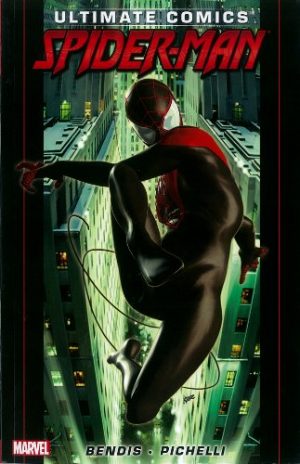