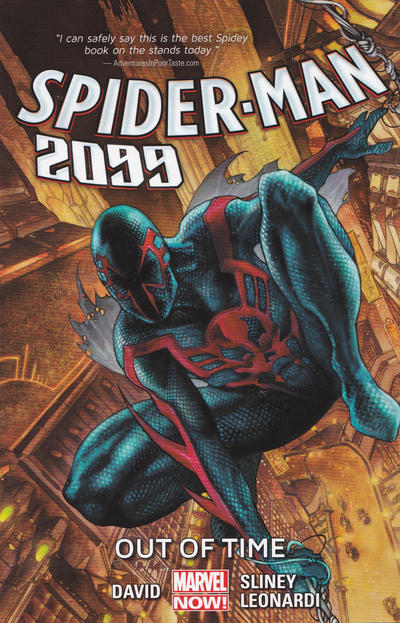 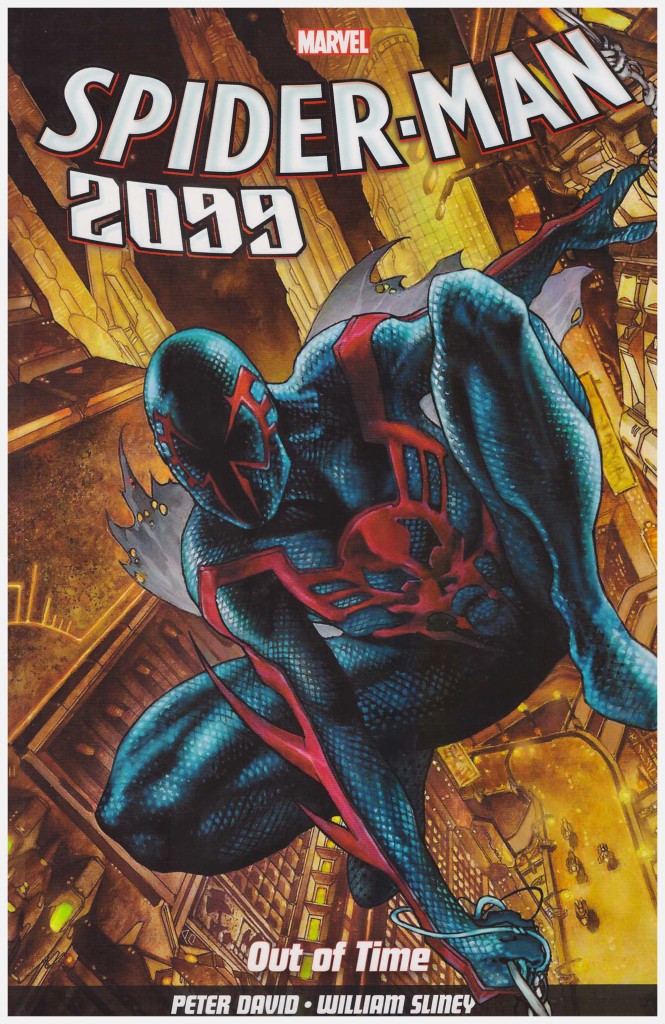 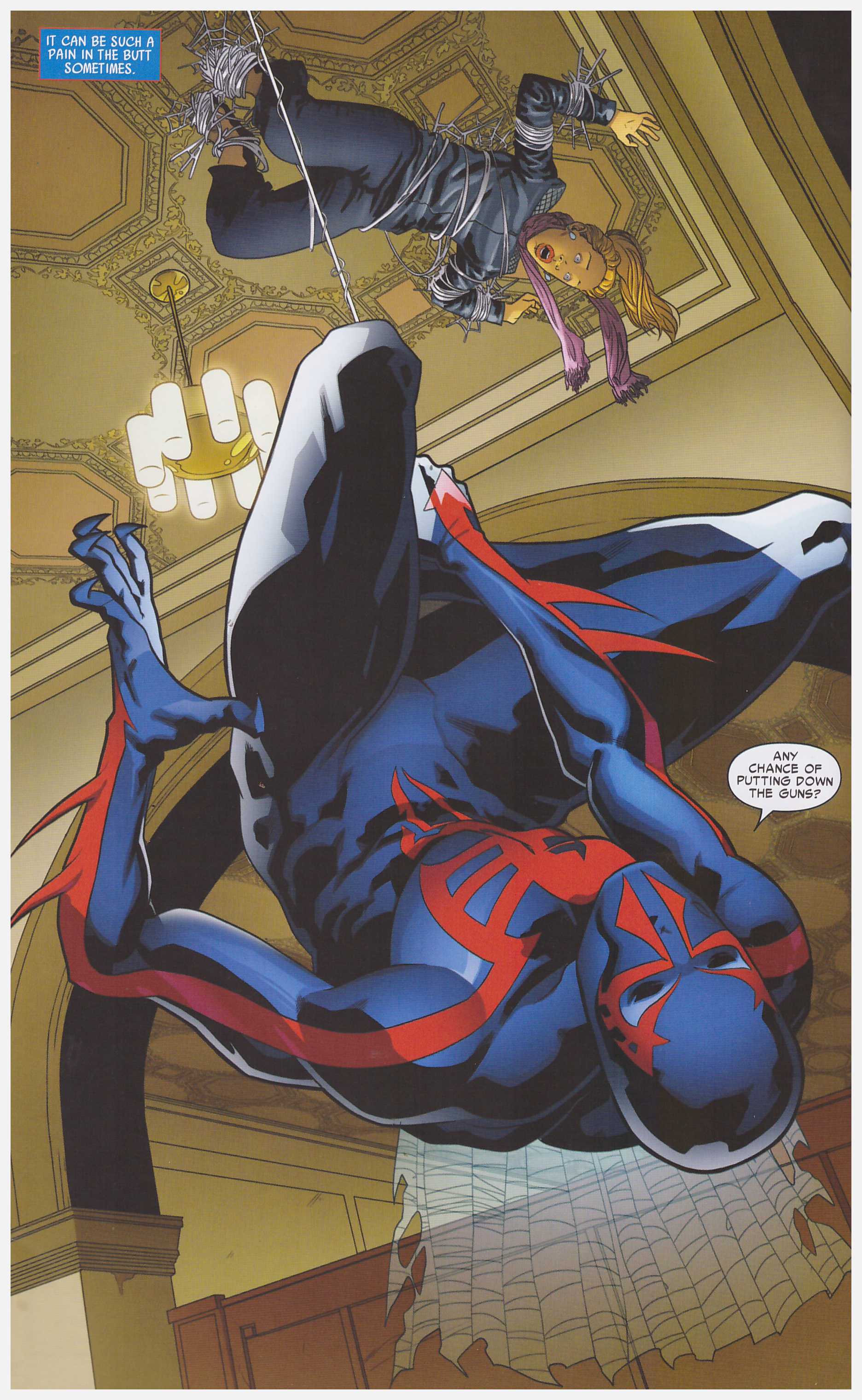 The one unqualified hit from Marvel’s early 1990s 2099 line of characters was Spider-Man, outlasting every other title, much of which was down to Peter David’s inventive plots. Even so, Miguel O’Hara’s return in 2015 came as a surprise. Less surprising, with David again at the helm, was that it again proved a thoroughly entertaining superhero title.

That he’s Out of Time refers to Miguel being stranded at the wrong end of the 21st century, dragged backwards in time by a temporal vortex. See Superior Spider-Man: Necessary Evil for the full story if curious. Problems that might afflict others in the same situation are bypassed by Miguel, who can simply call up tomorrow’s lottery numbers if he needs cash. Problems caused by his bounced status are less easily dealt with. The first of them comes calling in the opening chapter, as David toys with Terminator plots to good effect.

In the previous series a company called Alchemax was the very epitome of corporate evil, but in the early days of the 21st century Tiberius Stone may be a conniving corporate profiteer without conscience, but hasn’t devolved entirely into his future self. Running the corporation on a day to day basis is Liz Allan, once of the Peter Parker Spider-Man cast.

Is it a good idea that there is more than one Spider-Man in the present day? That’s for you to decide. David differentiates O’Hara, who has a slightly varied power set, lacking a spider sense, but with enhanced hearing and vision. Plus he has the technology of his era at his disposal. That works extremely well during a battle with a significantly upgraded Scorpion, and David sets up a couple of other possibilities for later use. His plots entertain, but he’s on shakier ground when it comes to the relationships between the characters, with Liz Allan’s predatory behaviour rather odd.

William Sliney is having a ball drawing this material. It’s fun and he’s enjoying himself, and while not yet the complete artist he has the potential to be very good one day. Here his page designs compensate for unfamiliarity with the human figure. Rick Leonardi, original series artist from the 1990s, illustrates the final chapter, and he’s more old school with his layouts. His material ties in with the ‘Spider-Verse’ story occupying much of the next volume, and a formidable hardcover collecting chapters from assorted other Spider-Man titles. We see the return of Morluun, last seen during J. Michael Straczynski’s Spider-Man tenure, and while it establishes him as one fearsome individual this chapter’s nowhere near as much fun as the material that preceded it.