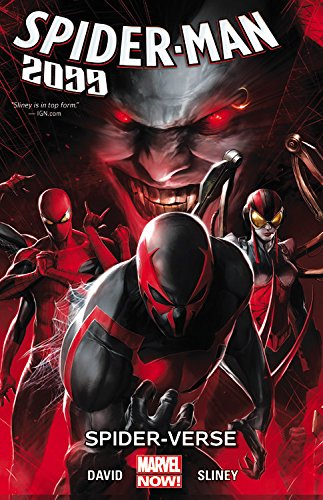 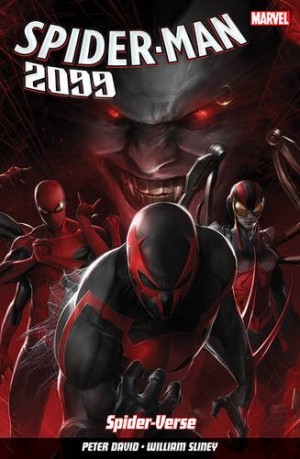 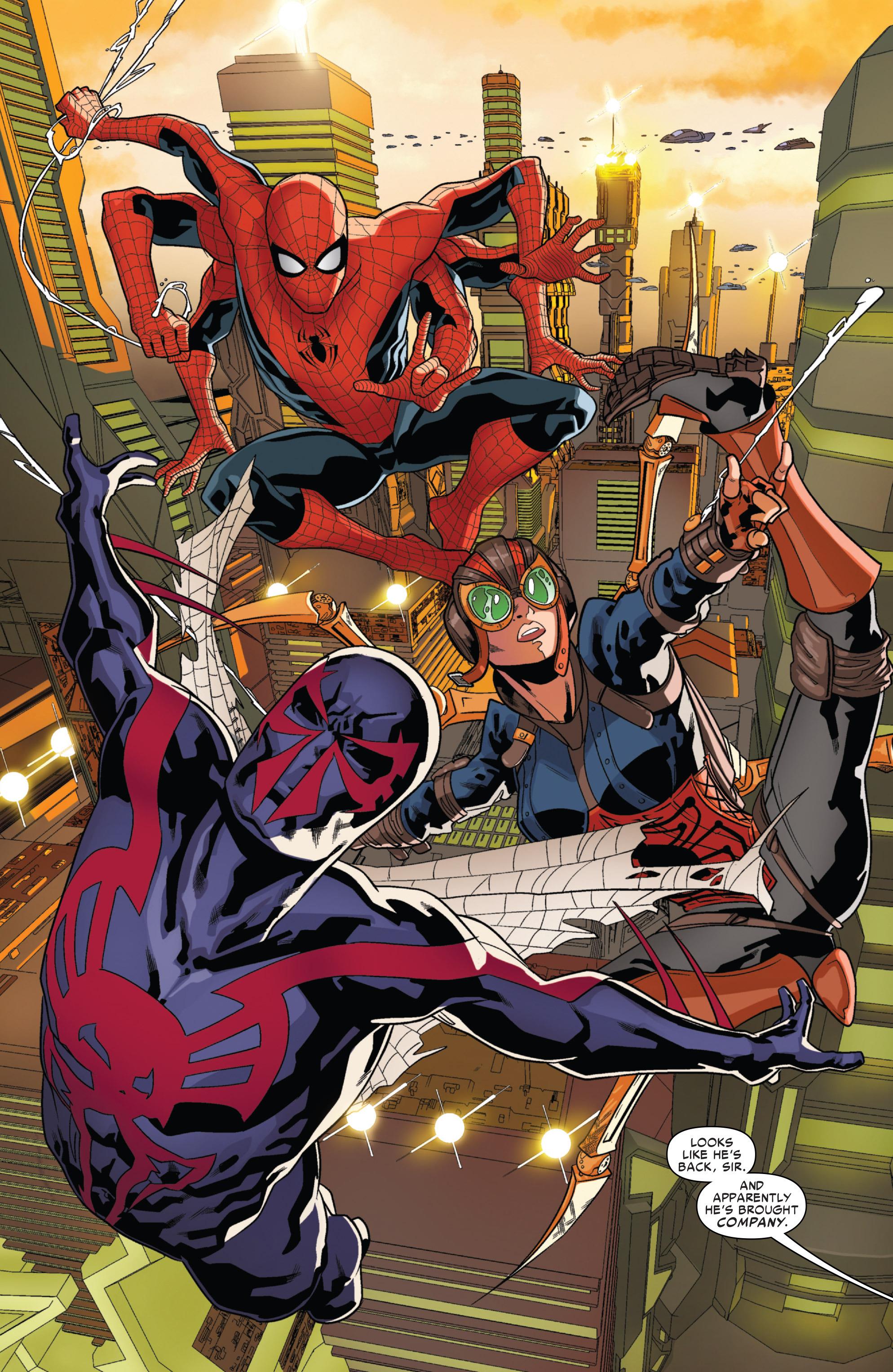 Formerly resident in the year 2099, hence the title, Miguel O’Hara is the Spider-Man of that era, where the Alchemax corporation, founded by his grandfather Tiberius Stone, is his most formidable foe. Yanked back to the early years of the 21st century with no apparent way to return to his own time, O’Hara has determined to act as guardian to Tiberius in the present day in attempt to better his character and subvert history.

Very little of that, though, is relevant to this content, dumped onto the back burner for the more immediate threat of a form of vampire who sucks the life force from humans, the more super-powered the better. He’s been hunting Spider-Men across alternate universes and timelines, before manifesting in the present day as seen in Out of Time. This is part of the Spider-Verse story crossing over between the myriad Spider-Man titles published in 2015, and available as a massive hardcover collection. To his credit, Peter David sticks to the bigger picture, but uses his three chapters to tell a connected, but independent story. And it’s good, incorporating past, future, Lady Spider, other 2099 characters and steam punk versions of Spider-Man’s foes as the beautifully named Six Men of Sinistry. The only sadness is that it’s not self-contained, and eventually moves back into the main Spider-Verse plot.

Having been set along the path of alternate futures, David continues to run with that theme. Spider-Man’s return to the future isn’t what was expected, and there’s someone waiting who’s very keen to meet him. Thereafter we’re back to 2015, and while there’s a considerate thought behind what occupies the final two chapters, they play out in very basic fashion with what’s for David a disappointingly obvious transformation.

Will Sliney’s art continues to be a combination of interesting layouts with individual interpretation of the human body and odd shading. He’s progressing a style, but it doesn’t work quite as well as in the opening volume.

A lot is left dangling as this series is cancelled to mush up the entire Marvel universe in Secret Wars, but Spider-Man 2099 emerges from that pretty well unscathed and continues with Smack to the Future.