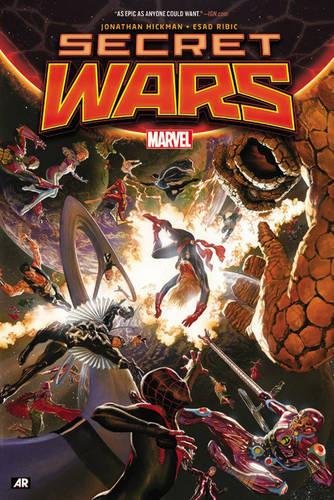 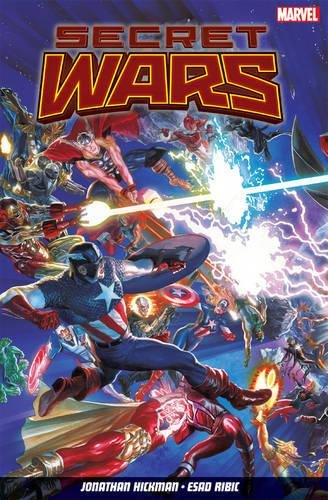 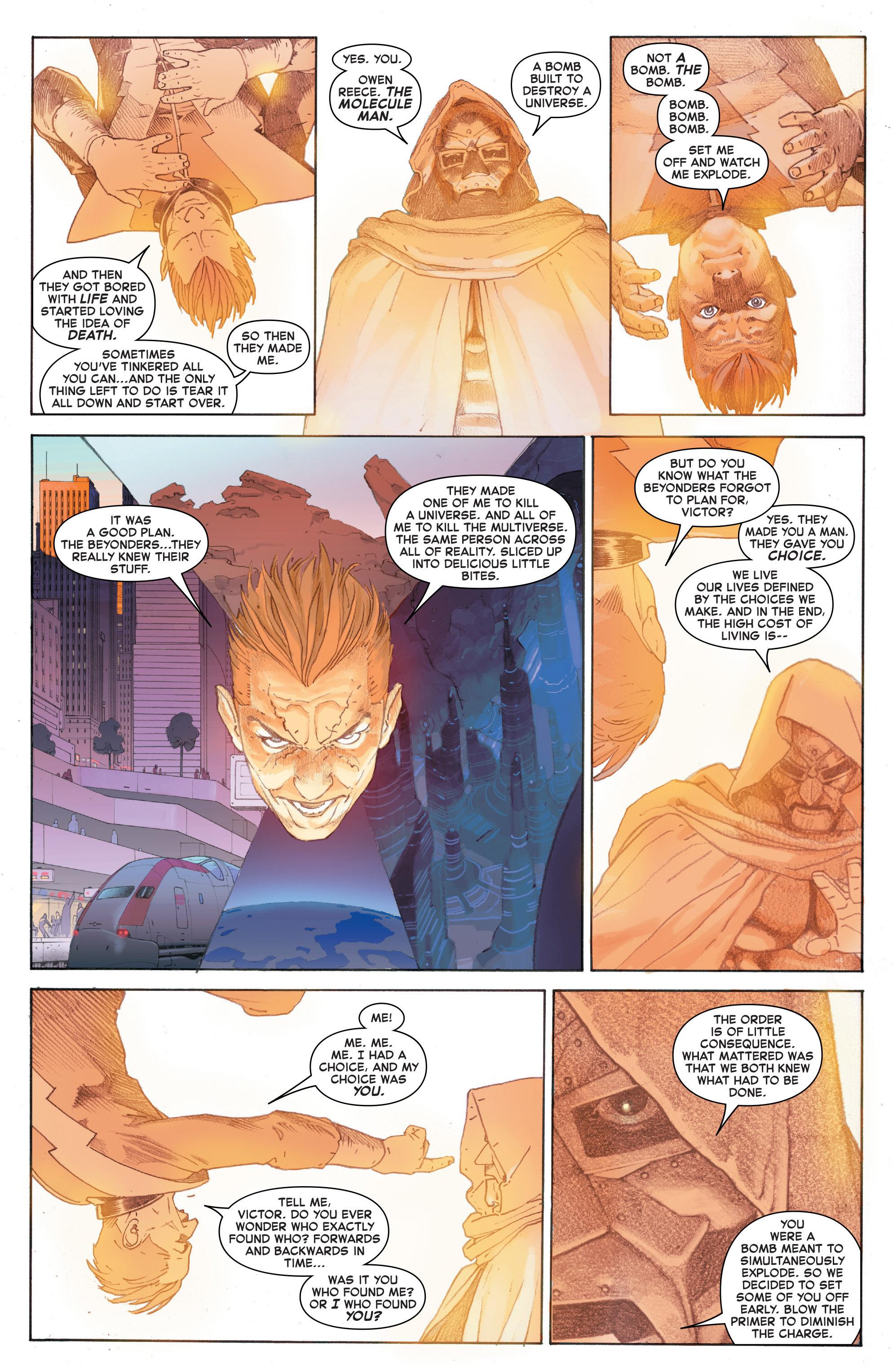 The brief for Secret Wars, not to be confused with the 1980s collection under the same title, was to reshape Marvel’s universe, freshening it by integrating various doppelgangers.

That’s down to Jonathan Hickman, who was sowing the seeds for a very long time. Some pieces of plot stretch back five years beforehand to his days on the Fantastic Four, when he set up the Future Foundation. Furthermore, with the configurations he imposes and the ethical issues he raises, Secret Wars is undeniably cerebral for a crossover event. Indeed, were the bigger picture not an issue (and it seemingly always is in Hickman’s stories) then the recreated reality of the second chapter would be worth a diversion. Those so inclined can explore this world, which in effect assimilates all Marvel’s alternate worlds, pasts and futures, in assorted Battleworld and Warzones graphic novels.

Doctor Doom is the focus of the series. Fragments of previous realities from destroyed universes are stitched together, and in command of all is Doom with an army of Thors at his bidding. A handful of heroes and villains have survived the destruction of the old universe and they eventually arrive in the new. Under the hands of better creators Doom has always been a fascinating and contradictory personality, and here, possessing the greatest power in the universe he only becomes more so. How the current state of affairs developed is revealed around the halfway point and we’re left with Doom an old-fashioned tyrannical monarch experiencing a new sensation. At the most powerful he’s ever been, self-doubt is creeping in. “I’m beginning to think in my perfect world I’m the one flawed thing”, he confides to Susan Richards. This is a concern because it’s seemingly only Doom’s will holding the world in place.

A project of this magnitude, in Marvel terms at least, demands spectacle, and while this is rationed in the intelligent pondering and court intrigue of the early chapters, Esad Ribić can deliver it. His artwork has always presented as sparse and cold, yet that’s ideal for Doom’s new world, looking as if designed by an architect valuing space above all else. Ribić brings several armies to terrifying life, illustrates a malicious grinning Thanos, and, in the opening chapter, the end of the world as Marvel’s pantheon knows it. His talent is inordinately enhanced by the colouring of Ive Svorcina, who swathes the world in white and pale blue.

Hickman’s also delivered spectacle, and as the story continues and more prime players step onto the stage his bigger picture, this time a meta-picture, coalesces. Stephen Strange is an exception, but almost everyone else with a significant role in Secret Wars was introduced in the Fantastic Four’s comic. This has no place in the revised Marvel list, so Hickman and Ribic are giving us one final great hurrah for the FF in which re-shaping Marvel’s universe is a secondary consequence.

Is there a drawback? Possibly. Some would prefer matters remained as they had been. Others, lured by the spectacle and not compulsive purchasers of every Marvel title, may not recognise some leading figures. In the internet age there are no footnotes.

Some all-encompassing superhero crossovers have been dreary, others muddled, serving no purpose beyond selling as many tie-ins as possible to those unable to see behind one veil and desiring the view behind another, yet Hickman and Marvel have played fair with the audience this time. Secret Wars introduces enough ideas to warrant investigation elsewhere, but is complete in itself with no requirement to divert elsewhere. It’s ambition stunningly realised, and surely satisfaction definitively delivered.