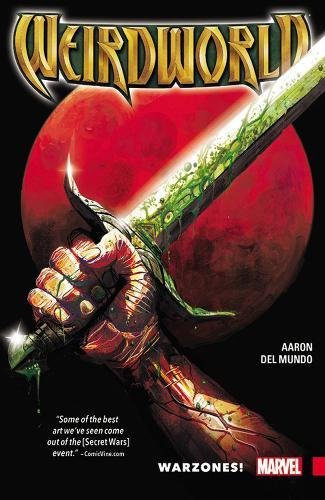 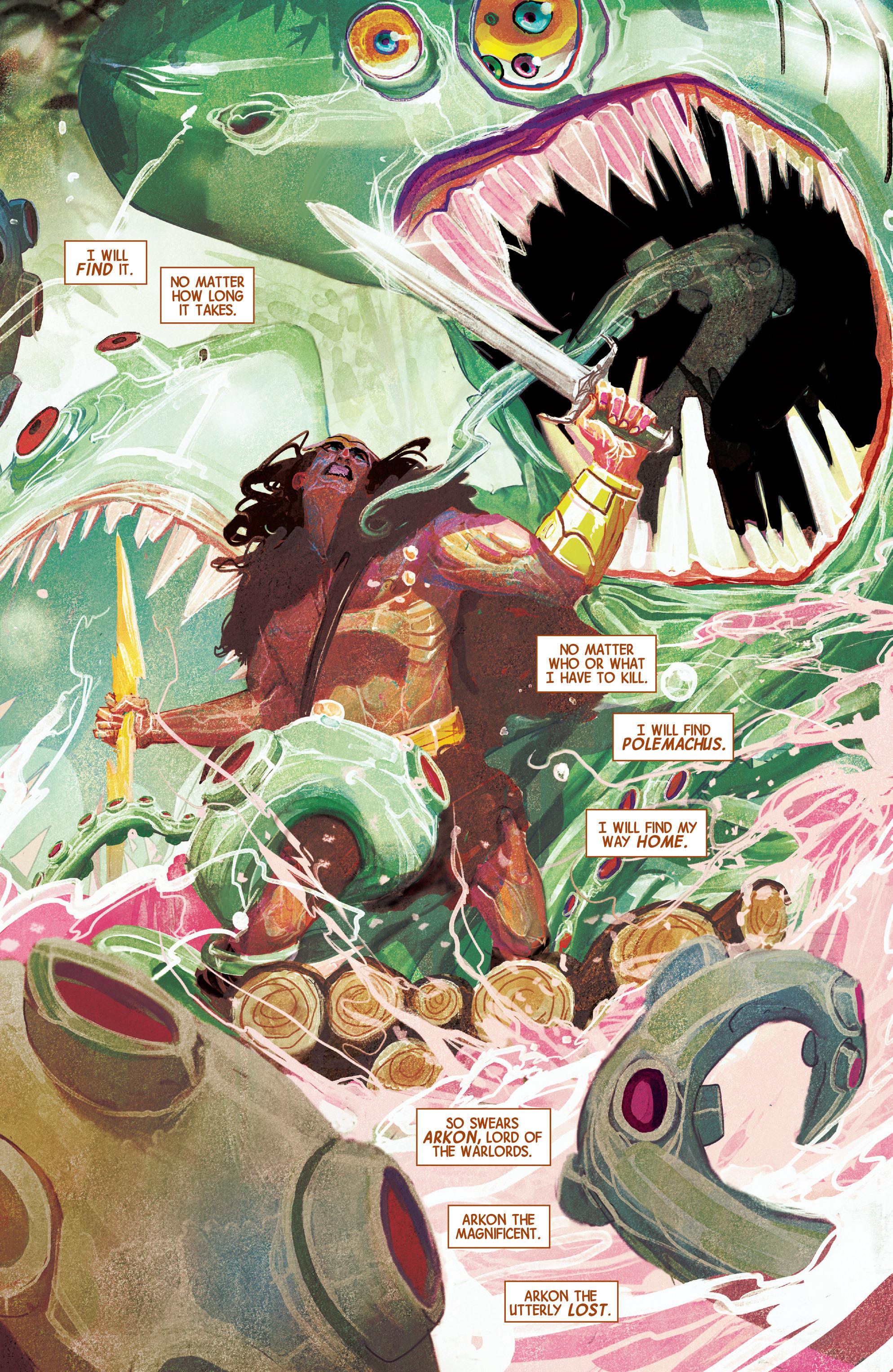 With Marvel having lost the rights to Conan, when they wanted a barbarian style sword and sorcery title as part of their Secret Wars in 2015 they focussed on their nearest equivalent. This was Arkon, the bare chested ruler of a world introduced in the Avengers where the elements of sword and sorcery meshed with science. Unfortunately for him, he’s not there any more. He’s on Weirdworld and can’t find his way out.

Under Jason Aaron he’s not the only character included once published by Marvel who’s now just a lawyer’s letter away from copyright infringement. We have ape men, crystal warriors, magma men, and Marvel’s own obscurities like Skull the Slayer and Man-Thing all standing in the way of Arkon’s single-minded quest to fight his way back to his own world. With his mighty sword and rippling sinews he’ll disembowel them all if he has to, and proves extremely difficult to stop. The world, though, is overseen by the sorceress Morgaine LeFay, and she’s not about to be deposed by a single warrior.

Yes, anyone who’s read Conan the Barbarian has seen this sort of stuff over and over again, but then that’s partly the point of Conan, and what they won’t have seen in this context is the artwork of Mike Del Mundo. It’s stunning. His imagination runs wild, and as he’s also responsible for supervising the colouring when he’s not doing it himself. There’s a vibrancy and a unique look with yellow and pale green very much to the fore. It’s a style totally different from his work elsewhere, instantly eye-grabbing, and one that has echoes of classic British illustrator Don Lawrence.

Weirdworld is a graphic novel worth your time for the art alone, but Aaron holds his end up also. You may think you know where everything is headed, but you don’t. Across the line Warzones! was of variable quality, but this is the upper end.