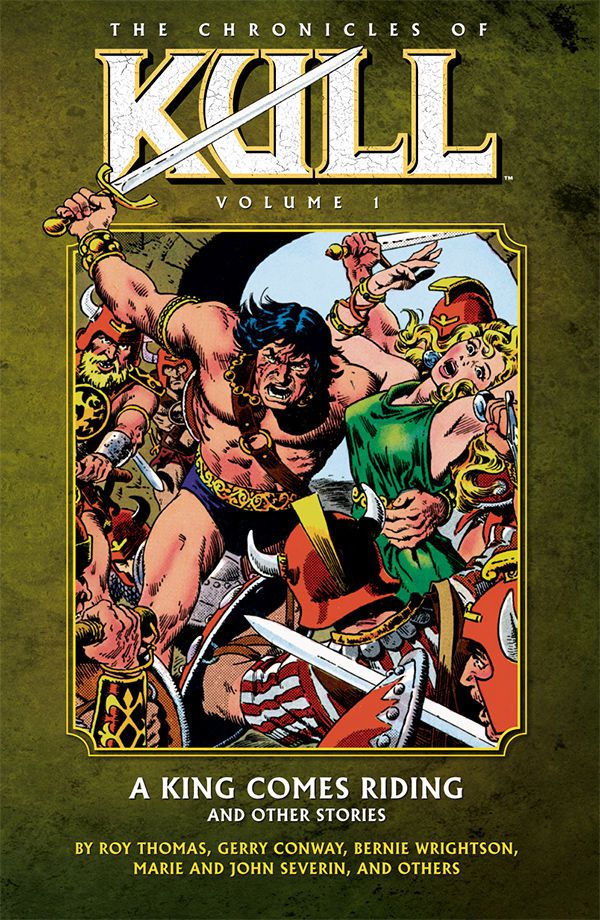 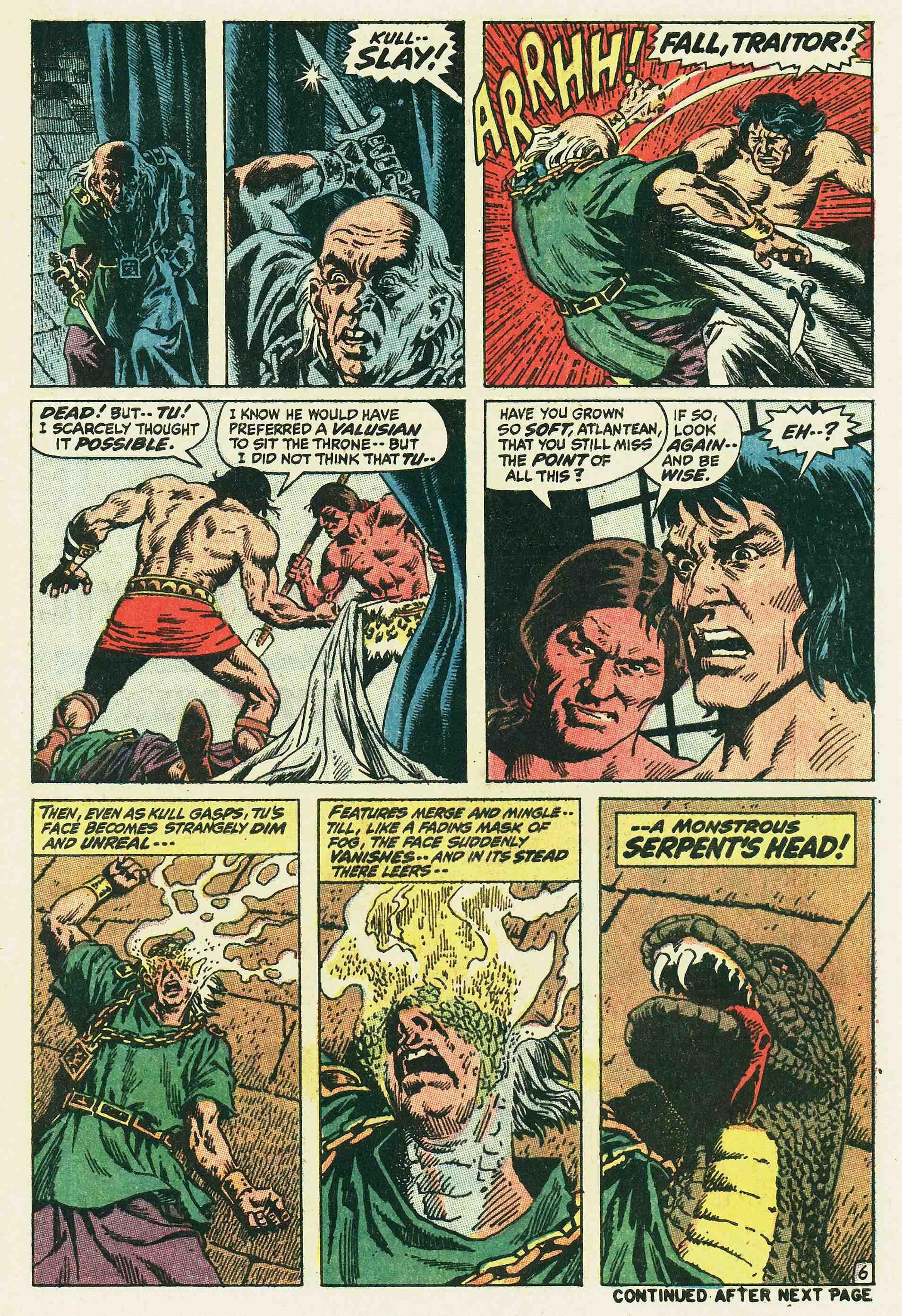 Adapting Robert E. Howard’s Conan the Barbarian had provided Marvel with an instant success in 1970, and it therefore made sense to delve further into Howard’s pulp back catalogue. Editor and writer Roy Thomas, a huge fan, recognised Kull as the logical next choice.

Kull actually preceded Conan, and should you ever wish to begin an argument with fans of sinewed axe or sword wielding brutes, the fastest way is to voice the opinion that there’s little difference between them. Both are bare and barrel-chested warriors who have a way with the weapons of their era, and both occupy a fantasy milieu where monster slaying and magic are daily occurrences. Kull, though has a facial scar, rules a slightly more primitive society near an Atlantis still above the waves, is more prone to mystical adventure, and is a brooding, introspective man.

The prevailing mood is all there in the brief opening story, perhaps a little over-written by Thomas ensuring we get the picture, but nicely drawn by Bernie Wrightson. Kull is considering his position, which he often does, and is the warrior brave enough to enter a castle others fear. There he encounters a vague, other-dimensional horror.

It’s an odd world where the excellent art combination of Marie and John Severin, or Ross Andru inked by Wally Wood is initially a disappointment, but Wrightson was that good at establishing the gloomy atmosphere. It’s the latter who illustrate Thomas’ compacting of Kull’s life story to the point he becomes king of Valusia, and the Severins who draw the remainder, and their refinement rapidly becomes the default style.

Kull gradually comes to trust Brule the Pict, here little resembling anyone of real world Pictish genetic stock, who knows far more than Kull about assorted menaces. The greatest of them is the gloriously named Thulsa-Doom. Why can’t that be a station on the Circle Line? Throughout we also have the seditious presence of the Minstrel, Ridondo, his life spared early on, only to continue conniving.

Thomas skilfully adapts Howard’s material, and even more skilfully contrives longer stories from mere wisps, which is admirable, and anyone who already likes the character will surely be pleased with this. Gerry Conway’s scripts might appeal more to superhero fans not usually keen to look at barbarian comics. He introduces elements of continuity, and plots his material more in the manner of a Marvel superhero comic, while retaining the essential mood of Kull.

This material was out of print for well over thirty years, so this is a very welcome collection. Dark Horse claim to have re-mastered the colour, but if so it’s poorly done. What should be a prestige production is dragged down time and again by looking as if the pages have been photocopied on a primitive colour copier from the original comics. Editorially it also seems an odd decision to shunt what’s the final story for both Conway and Marie Severin into volume two, The Hell Beneath Atlantis.