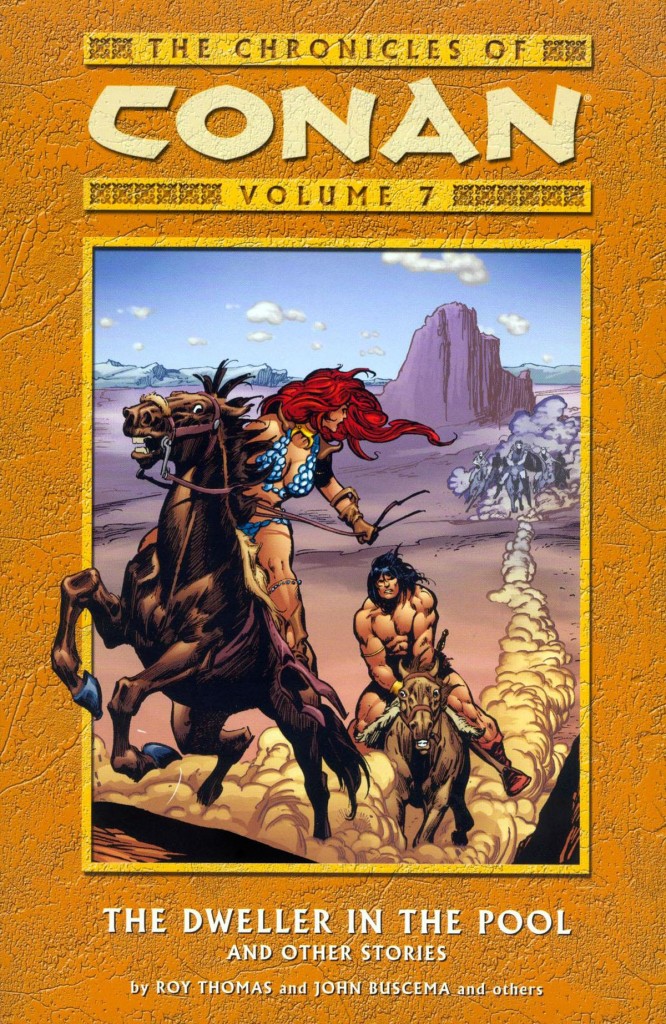 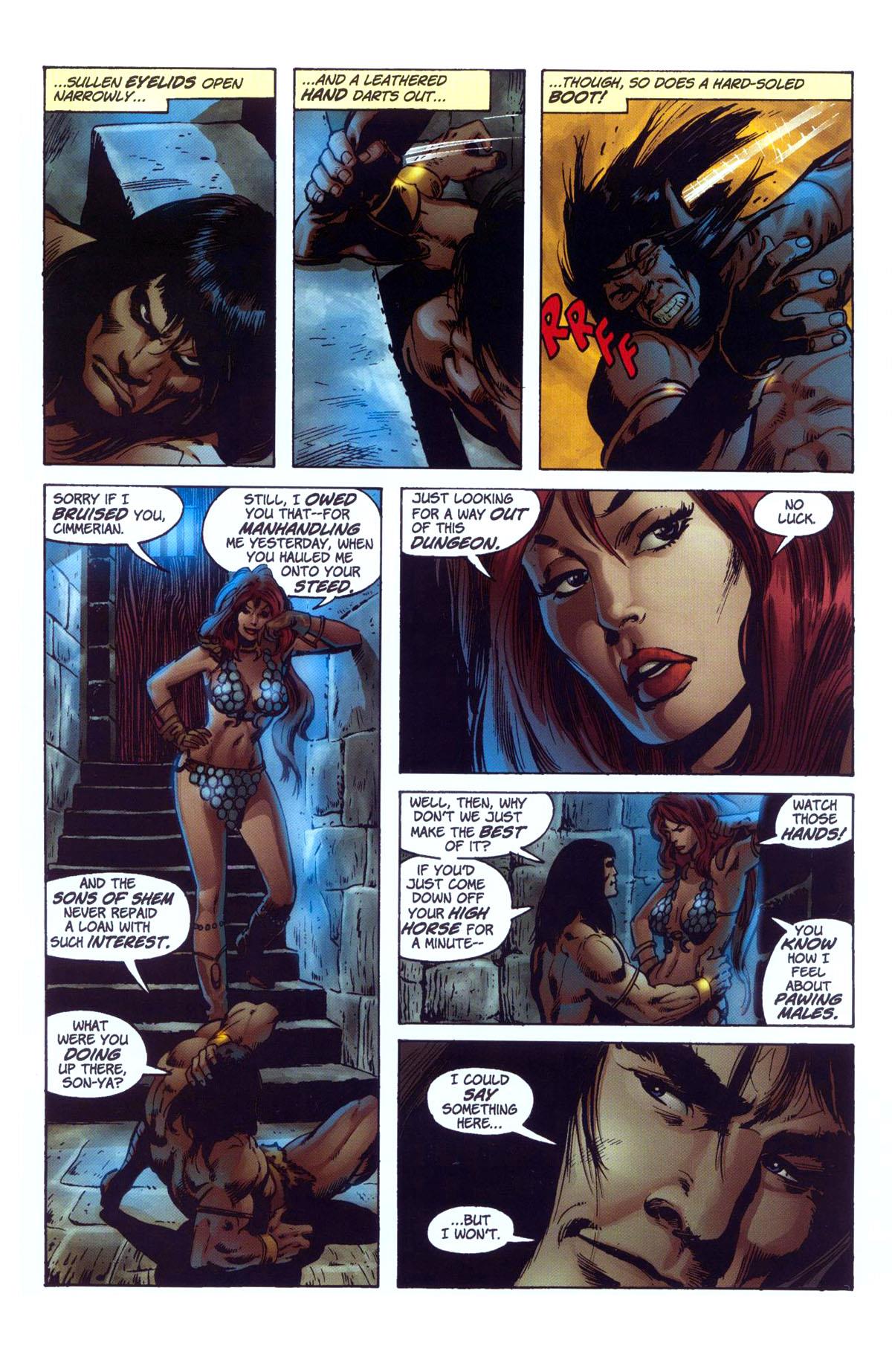 Volume 7 opens on the flame-haired Red Sonja in her now signature iron bikini followed closely by a rippling Conan. ‘Tower of Blood’ freely adapts a story by David A. English, featuring Conan and Sonja chased by bounty hunters. Roy Thomas employs a rare but very inspired flash of humour to explain Sonja’s outfit when she asks Conan why he always calls her “girl”. John Buscema and Ernie Chua deliver some bold artwork presenting a fantastically eerie environment. ‘Of Flame and the Fiend!’ continues the story with Buscema helped by the Crusty Bunkers (Neal Adams and whichever student or visiting artists happened to be in his studio at the time). It’s visually outstanding but feels rushed with key parts hurried through.

The pick of the crop is Roy Thomas’ original story ‘The Last Ballad of Lanza-Lanti’, phenomenally illustrated by Buscema and the Crusty Bunkers. Based on songs and poems written by Howard, it tells of Conan’s meeting with a bard named Lanza-Lanti and a quest to free his home from a dark threat. It may sound standard Conan, but it really isn’t what you would expect, poignant and deeply sad as it flips Conan’s normally ambiguous morality on its head.

Thomas continues his long run of adaptations with one of Gardner F. Fox’s novels, Kothar and the Conjurer’s Curse. Conan crosses some wastelands when an encounter with the savage Ymli leads him straight to the philanthropist wizard Merdoramon. Roped into an errand of a magical nature to the regent of Phalkar, he rescues the beautiful Stefanya from a mob along the way after her sorcerous master, Zoqquanor, is left in a trance. Conan decides to help her, but this is another look at those convoluted morals and how they affect his ‘honourable’ actions. What follows is quite the tale of dark wizards, wild priestesses, demon-spawn and monsters all spun together with flashbacks that flesh out Conan’s history a little more. Buscema is inked by Joe Sinnott for opener ‘The Curse of the Conjurer’ which captures Conan’s desperation in insurmountable combat scenarios with some really fine detailed work on monsters. Dan Adkins assists Buscema for the well illustrated if unspectacular ‘Goblins in the Moonlight!’, while Dick Giordano and Dan Adkins embellish Buscema’s art on ‘The Rats Dance at Ravengard!’, a flashback to Conan’s rite of passage in the mountains of Cimmeria. Giardano and Buscema are both credited for art duties on the three concluding stories ‘Wolf-Woman!’, ‘The Dweller in the Pool!’ and ‘Man Born of Demon’. The tension, environment and characters in ‘Wolf Woman!’ and ‘Dweller…’ are beautifully captured, but ‘Man Born of Demon’ has moments where the artwork noticeably falters in quality.

While the artwork definitely stands out thanks to the benefits of digital restoration, the writing itself is not especially memorable due to the sheer number of adaptations. Thomas readily admits this in his ever-enlightening afterword, mostly because his duties as an editor limited his writing to evenings and weekends between 1972 and 1974. While not poor, there is a noticeable difference between Thomas’s original Conan stories in Volume 6 and 7 compared to the adapted stories. This isn’t quite Thomas’sConan but sales were up and the series was still a long way from slowing down.

The series continues in Volume 8: Brothers of the Blade and Other Stories.