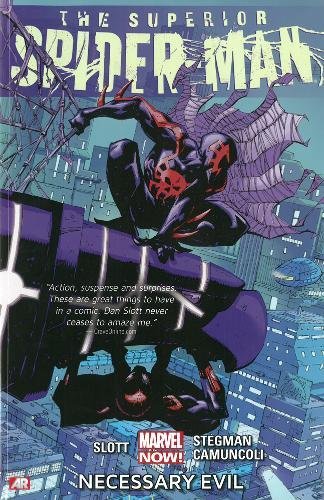 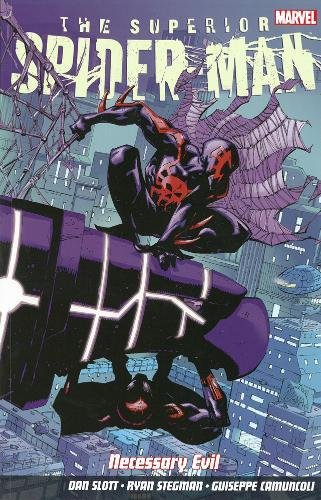 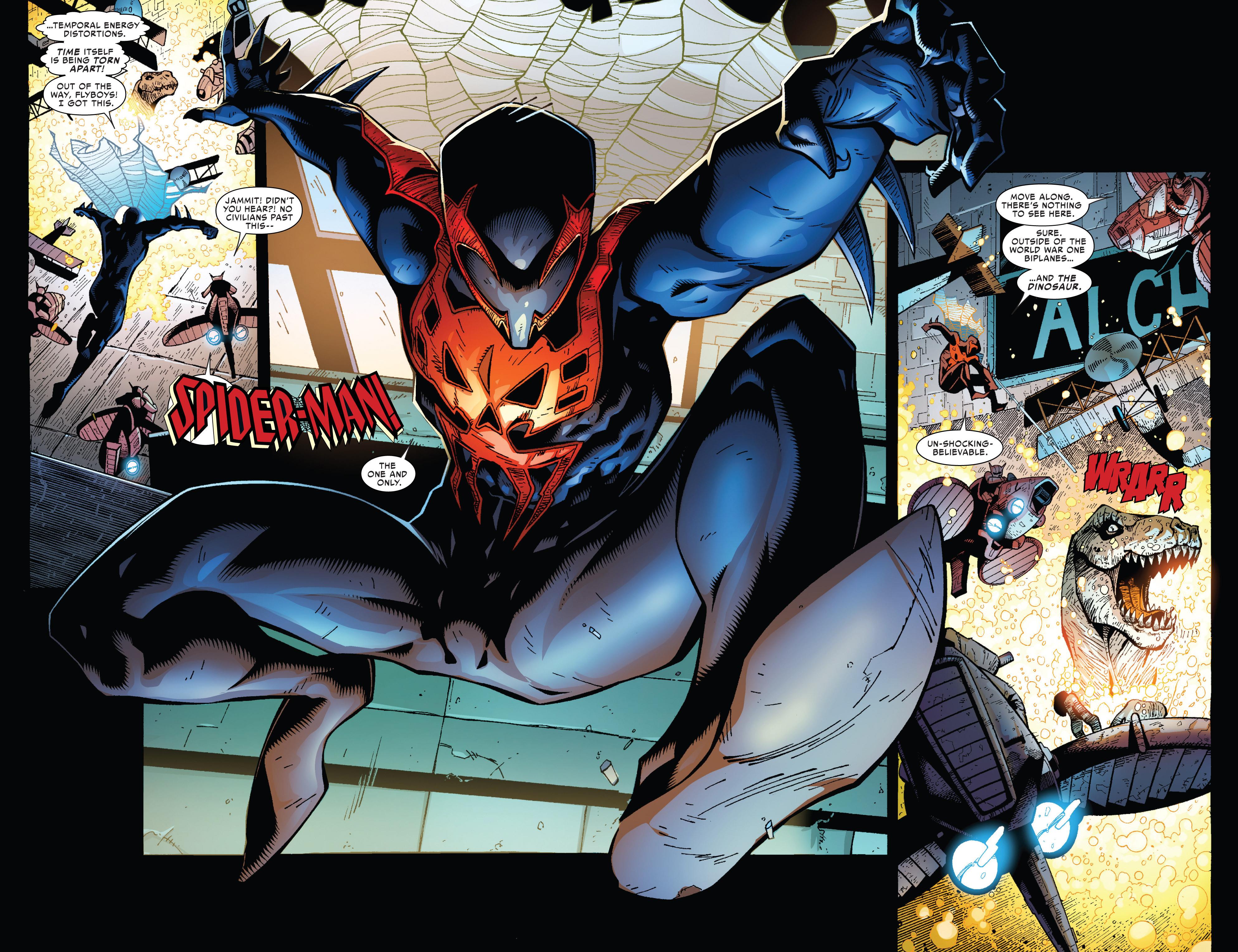 No-one can justifiably accuse Dan Slott’s Superior Spider-Man series of being in any way predictable to this point. Equally surely no-one’s money was on his following the Hobgoblin story in No Escape with a visit to the Spider-Man of 2099. Slott then mixes in problems at Horizon Labs where Peter Parker works, and another glance at whatever the Green Goblin’s up to and we’re all set for another five chapters of thrills, shock and awe.

Anyone who hadn’t followed the exploits of 2099’s Spider-Man will admire how neatly Slott ties together two of the three plot threads above even more than those who did, and into those he throws the use of a device from his earlier Spider-Man run. It’s a fast paced and beautifully plotted page-turner, with artist Ryan Stegman playing his part, now edging more toward the cartoon style of Humberto Ramos, but without the distortions. Everything builds to a nail-biting countdown. “Horizon Labs is set to explode”, deals with one part, but then there’s “and you just rendered the one person who could save us unconscious”. Oops.

A further astounding aspect of Necessary Evil in these 21st century days of decompressed storytelling is just how far Slott manages to move Peter Parker’s personal life over the course of this collection, and always in a surprising direction. Hubris is a personality trait Otto Octavius has never lacked, and it’s been highlighted over the course of the series, in the very title, and we all know what pride goeth before. In A Troubled Mind Octavius ensured all Peter Parker’s memories were erased, which is one matter that comes back to haunt him several times, although he’s not fully aware of that, and there’s a beautiful touch when Octavius/Parker finally gives the speech that will earn him a doctorate. By now Giuseppe Camuncoli’s back on the art, very good as usual. The Spider-Man participation in this story is necessary, but secondary to the consistently brilliant plotting involved in Parker’s progress. Bring on Superior Venom.