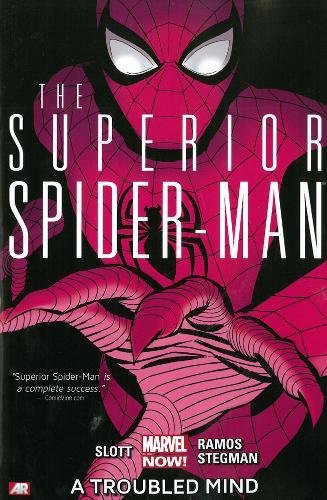 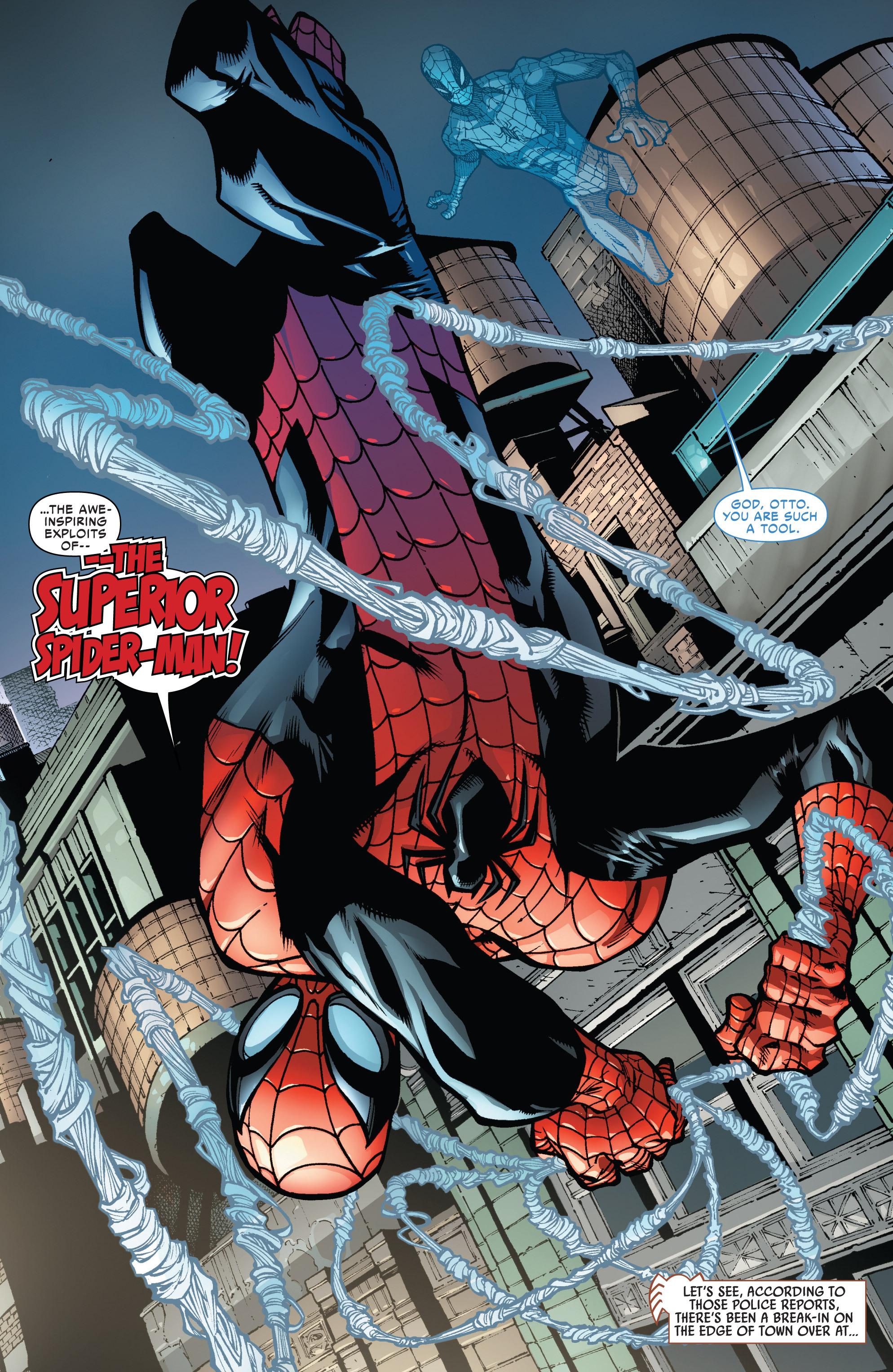 “What are a few hours of sleep when compared to the awe-inspiring exploits of the Superior Spider-Man?” Yes, Dr Octopus is certainly getting used to his new new home within the mind and body of Peter Parker as he continues to expand what Spider-Man can achieve. His arrogance is  simultaneously managing to alienate all those who previously liked Parker, and he’s instead endearing himself to New York mayor J. Jonah Jameson. Within his own head as a disembodied presence is Parker himself, frustrated and helpless, unable to exert any influence.

Spider-Man’s now violent tendencies and fatal manner of dealing with a situation in My Own Worst Enemy have drawn considerable attention, polarising those who consider he saved lives and those concerned about his methods. Among the latter are Spider-Man’s Avengers colleagues, which leads to a confrontation, and his modified behaviour as Peter Parker is also noticed by others, one of whom is beginning to believe what they were earlier told.

Slott introduces plenty of tension both in scenes of Parker in civilian life and as Spider-Man. Octavius may also be a very intelligent individual, but he has to make an active effort to locate Parker’s memories. It’s a clever narrative trick as it ensures there are times when he’s blundering in unaware, and others when those memories have a beneficial effect. Also convenient is that in moments of great stress the underlying Parker can influence Octavius, but Slott works on removing that safety valve ingeniously, in the course of this even managing to incorporate a Spider-Man vs Doctor Octopus battle.

The system of rotating artists continues, with Humberto Ramos and Ryan Stegman on display here. Ramos (sample page) reins in his tendencies toward complete cartoon exaggeration, and there’s not much to choose between his art and Stegman’s. Both are good at supplying a gymnastic Spider-Man and deal with a full supporting cast, here requiring many characters from the past.

By the conclusion Spider-Man has again been slightly reconfigured with Octavius reaffirming his intention to be a proactive Spider-Man. The entire sequence has been logically handled in a constantly suspenseful manner. Although the final chapter is more optimistic, much of this book is dark and grim, and two fingers to anyone who’s been second guessing Slott’s eventual plans. Again, it’s very good superhero comics.

The material reprinted here can also be found combined with the following No Escape in hardcover as Superior Spider-Man Volume 2.