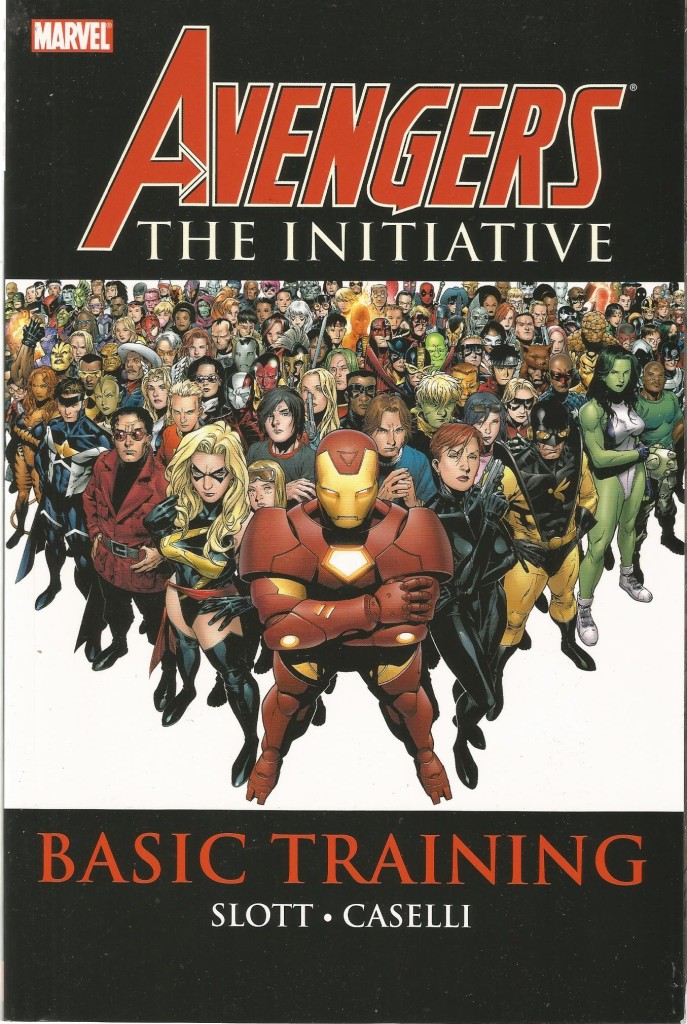 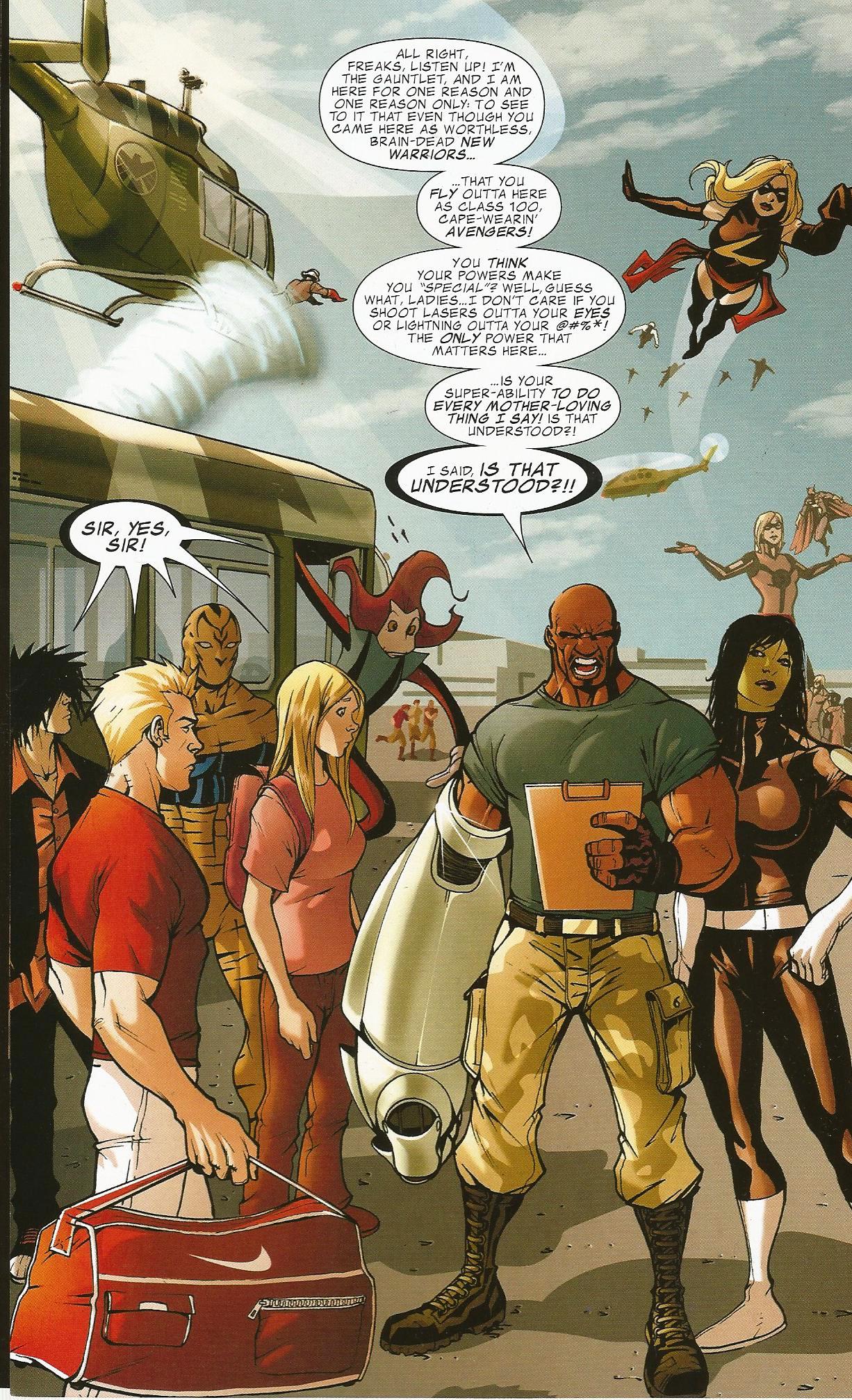 Following a disastrous mission by the New Warriors in Stamford in which multiple civilian casualties precipitated the events of Civil War,  the super-hero community faced the prospect of compulsory registration, or of resigning from the caped life altogether. Avengers Initiative tells of what happens to the heroes – and villains – who do register; their training, their ‘boot camp’ experiences, and their backstories and reasons for enlisting.

The training complex is built on the site of the Stamford disaster, now named Camp Hammond, for the original Human Torch. Camp Hammond has been in operation for a little while as a new group of recruits – Cloud 9, MVP, Hardball, Komodo, Armory, Trauma – provides our initial intro to the series, and the readers ‘join up’ alongside them. Some of those names will become well-known friends for the duration of the series. Others won’t make it to the end of the paperback. But scripter Dan Slott has a happy gift for getting you rapidly involved with people you’ve only just met, and the reader is quickly hooked.

The objective of the Initiative – or the 50-State Initiative, to give it its formal name – is to provide a team of trained, registered super-heroic protectors for every state in the Union, ensuring a consolidated defence against incursion or invasion, and minimising the chances of catastrophes like Stamford.

Slott clearly  had a happy time rifling through back numbers of The Official Handbook of the Marvel Universe, as the background of Camp Hammond is filled with other super-beings, famous and obscure, going about their own training regimes, and the faculty and administrators – Yellowjacket, Justice, the Gauntlet, Dr. Von Blitzschlag and former Avengers’ pain-in-the-butt Peter Gyrich – call on many of the best and brightest of the Marvel Universe as guest instructors.

There is also the Shadow Initiative, a stealth team directly answerable to Gyrich for covert ops that might be at odds with the Initiative’s bright and shiny, safe and happy public persona, but even the regular classes face dangerous challenges. They take on the likes of Hydra, having to use the newly-developed SPIN-Tech (Super-Power Inhibiting Nanobots) to neutralise their non-registered fellow heroes, and, memorably, clashing with the Hulk and his World War Hulk cronies.

Stefano Casselli’s artwork is charming; fluid and energetic, but still unafraid to capture the awkwardness of his mostly teenage cast. He seems to have a great sympathy with their emotional tsunamis, and choreographs action scenes deftly.

The final chapter of the book, guest-illustrated by Steve Uy, is quite a change in tone. Throughout earlier chapters, Gauntlet had been prone to haranguing cadets by calling them ‘New Warriors’, a now-derogatory reference to the catalysts of the Stamford disaster. Not the kindest or wisest thing to do, given that several cadets (and one of his fellow faculty members) are former New Warriors. That misjudgement comes home to roost as one of the Warriors snaps back, and Gauntlet is left beaten and comatose.

We continue in Killed In Action.