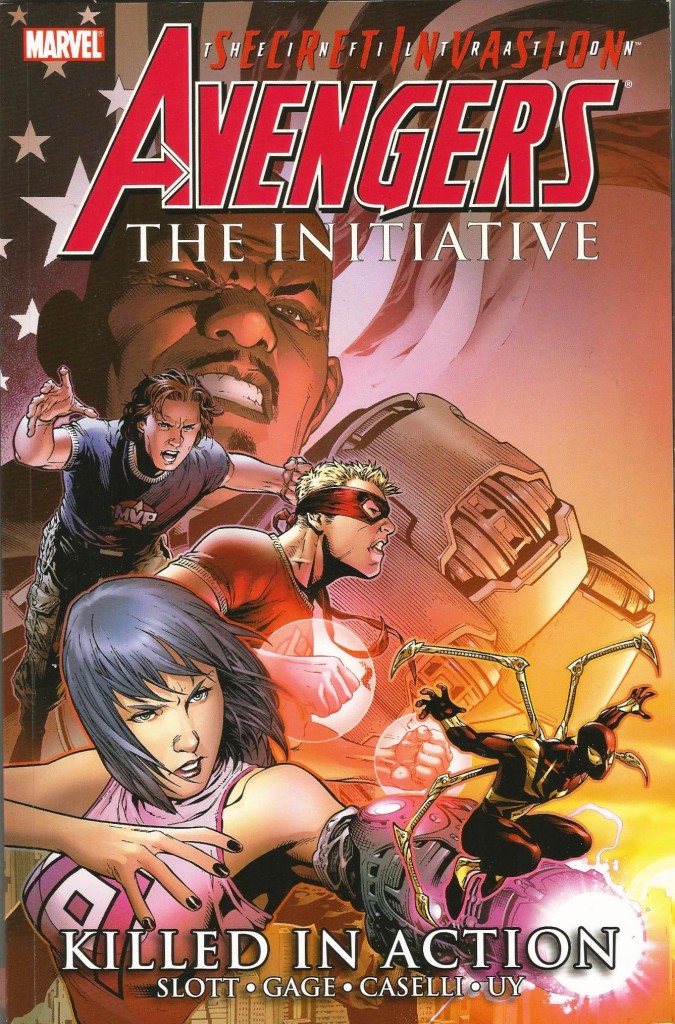 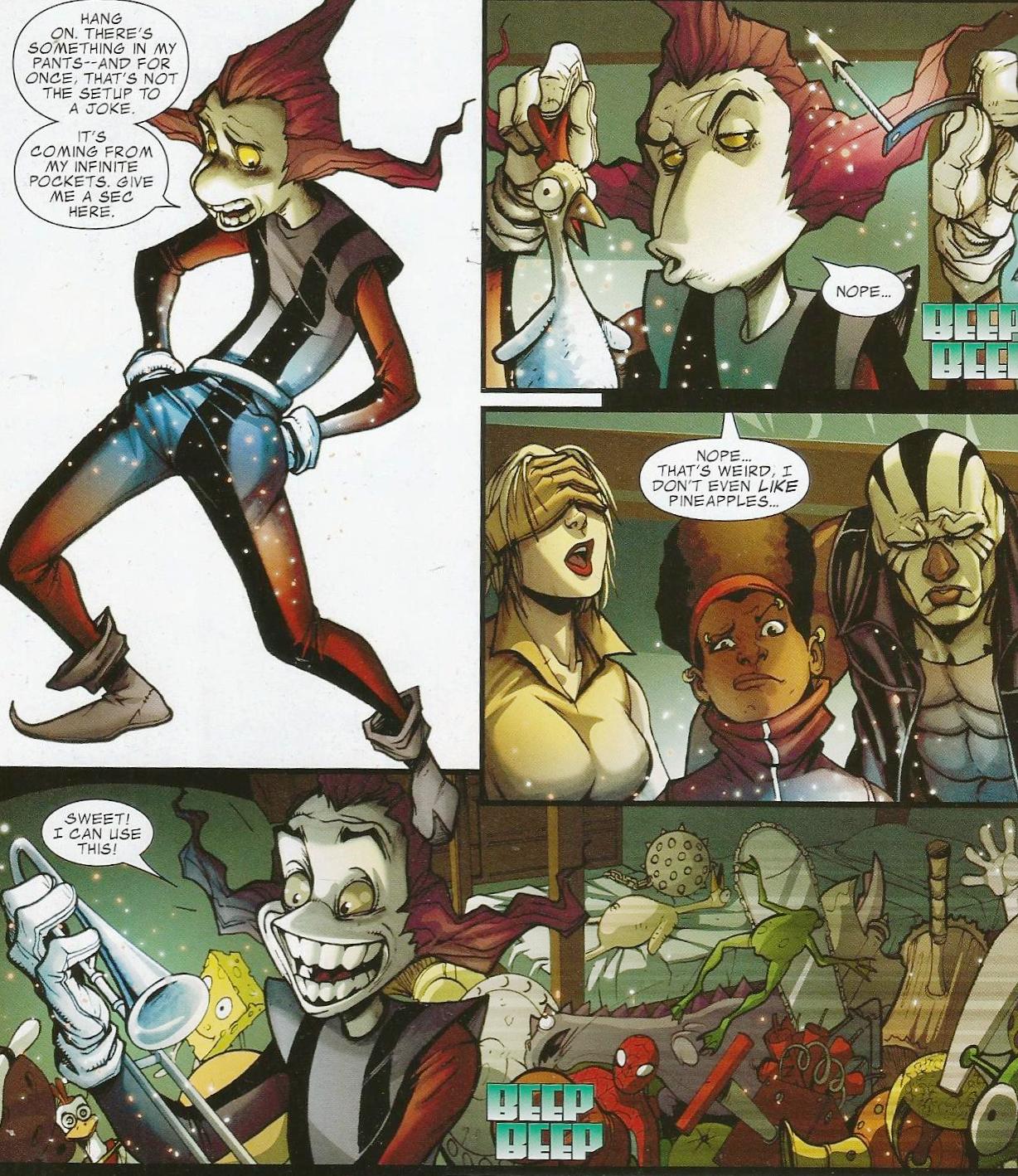 This opens with what was the first Annual of the ongoing Initiative series, featuring a selection of stand-alone stories; the blackmailing of one of the cadet class to divulge confidential information, the origins of other cast members, and what happened to the programme’s first ‘washout’. The critical one of these tales is our first look at one of the already-established teams, which reveals the secondary agenda behind the Initiative. It has been infiltrated at the highest levels by Skrulls, the alien shape-changers who originally bedevilled the Fantastic Four, and that while the Initiative wants a super-team in every state, the Skrulls want a double agent on every team, ready to strike from within.

After that big reveal, it’s back to the main thrust of the plot. The Taskmaster, skill-mimicking master at arms, has taken over as chief drill instructor during the Gauntlet’s incapacity, and a new class of recruits is inducted. Unlike the first wave, who were created specifically for the series, these are a mixture of all-new and pre-existing characters: the Eric O’Grady iteration of Ant-Man, Melee, Geldoff, Dragon Lord, Geiger, Red Nine, and Diamondback. This line-up also includes Crusader, the previously introduced ‘good’ Skrull, who will rapidly find himself in an interesting conflict.

Basic Training, saw the first fatality among our p.o.v. group of cadets, but later events indicated that it might not have been quite as fatal as it appeared. This volume takes up that theme with a vengeance, as ill-advised attempts by the Initiative’s science staff to reproduce the fallen hero result in a psychotic copy obsessed with eliminating all witnesses to his previous demise. Given that he’s acquired a near-invincible super-weapon confiscated from a failed trainee, he looks like achieving that aim handily, until a surprising source steps in to stop the slaughter.

Unlike many series which seem contented to ‘stop time’ indefinitely, Avengers: The Initiative, in addition to keeping pace neatly with major events in the Marvel Universe, actually has its characters grow and develop in a surprisingly short space of time. Our original point-of-view class is already graduating, and the change in some of them – especially the naive and diffident Cloud 9, who became a mature, level headed markswoman – while rapid, is completely credible. The focus of the series is on the entire Initiative project, though, not just the training camp, so even though the original group is reassigned, this is very far from the last we see of them.

Meanwhile, in the final chapter, a third team of rookies is brought in – Gorilla Girl, Prodigy, Boulder, Annex, Sunstreak and Batwing. One of them is almost immediately a washout from the program, but in a surprisingly soft-centred conclusion, Constrictor and Taskmaster conspire to give the departing cadet some happy memories.

Original series writer Dan Slott hands over to new scripter Christos N. Gage, and it’s a tribute to the skills of both that, in the words of a legendary philosopher, “You can’t see the join, Ern”. The new characters are quickly rendered three-dimensional and compelling, the established ones rapidly develop hitherto unsuspected nuances. Caselli’s highly-stylised art is charming and exciting throughout,  with the previously-unimpressive Steve Uy performing a surprisingly creditable job on the book’s coda.

The series goes into full-on crossover mode with the next volume, Secret Invasion.