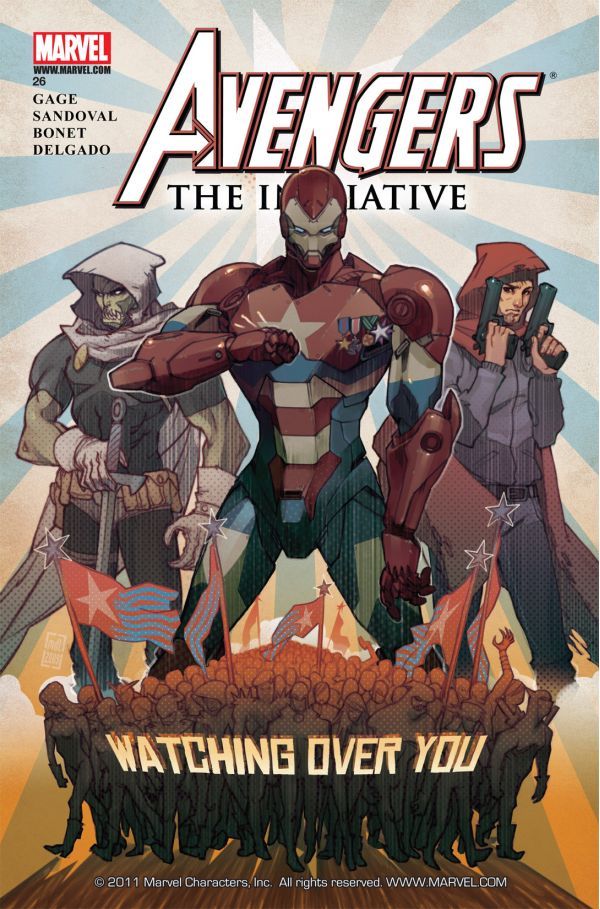 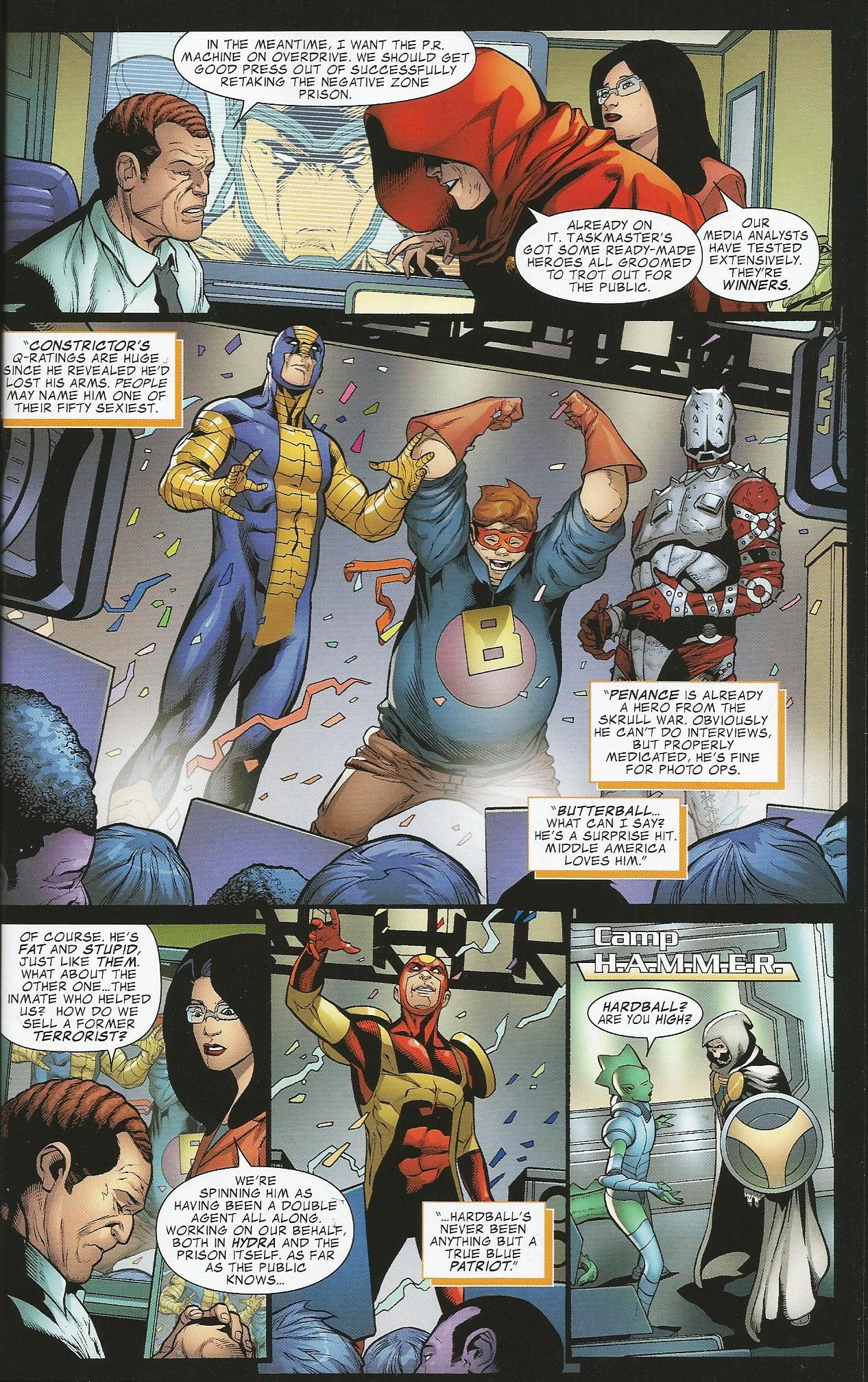 As we begin this volume, our heroes are in a bad way. The original Initiative camp has been demolished, and, the Skrull infiltration having discredited most of the original staff, the personnel and recruits of the new Camp Hammer, under director Norman Osborn, are either current or former criminals, pretending redemption and enlightenment while benefiting themselves covertly. The transition occurred in Disassembled. Osborn’s Dark Avengers – psychopaths in heroes’ costumes – are being held as the standard to aspire to, and Tigra and Gauntlet, having been threatened with the enforced surgical removal of Tigra’s unborn child and Gauntlet’s arm, have gone underground with the former New Warriors.

Constrictor, a failed super-villain who developed a conscience late in life, is trapped with Osborn’s Initiative, forced to be their front man and shill, as they maintain his bionic arms. He’s compensated somewhat, though, by the attentions of Diamondback, and their developing relationship is both touching and unnerving. The demonically empowered Hood, meanwhile, now chief executive officer of the Initiative, demonstrates highly-effective ways of making even hardened criminals and reprobates toe the line.

Under Osborn’s regime of psychological and physical torture, Penance, formerly the New Warrior Speedball, is close to a disastrous breakdown, and Trauma, now the camp counselor, is, like his fellow ‘old guard’ Ultragirl and Komodo, pondering how far he can sacrifice ethics for expediency.

The Shadow Initiative is reformed as a ‘cannonfodder squad’, with the intention that they should go in first and soften up/kill as much of the opposition as possible, so that the big guns can take down the enemy with minimal casualties. In their first big mission, however, three unexpected stars emerge; the former traitor Hardball, the heavily-medicated Penance, and the amiable but idiotic Butterball are spun as heroes of the new Initiative.

Despite Osborn’s best efforts, the Initiative starts to break down; team members flee or go underground, others ‘out’ the criminal members planted on their teams, and one attempts to secede from the Initiative, with disastrous results. Komodo, meanwhile, makes a heartbreaking decision, sacrificing more than her powers when she elects to leave.

Although the revelation of Trauma’s parenthood, which generates spectacular battle scenes, is intended as this volume’s big reveal, it should come as a surprise to no-one who has been paying attention. Rather, the emotional impact is conveyed in the narrative of Johnny Guitar, third-string super-villain, in a letter to his daughter. It’s a tale of failure, broken dreams and quiet desperation, and is quite moving, demonstrating once again Christos Gage’s skill in taking throwaway characters and making someone believable and sympathetic out of them.

In Rafa Sandoval (aided by Jorge Molina in a couple of chapters), the series has its finest penciller yet, skilled, powerful and dramatic, but equally adept at both the emotional and the action sequences. In a series which has been by no means badly treated artwise, the taking of Prison 42 and the climactic battle with Trauma’s Dad are narrative standouts.

Avengers: The Initiative concludes in Siege.