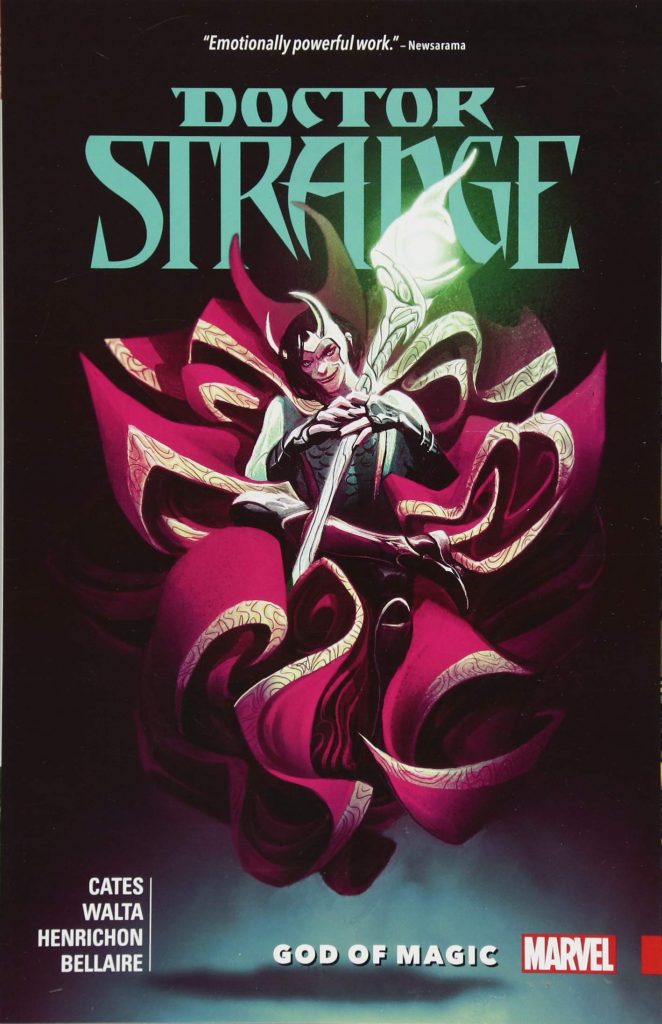 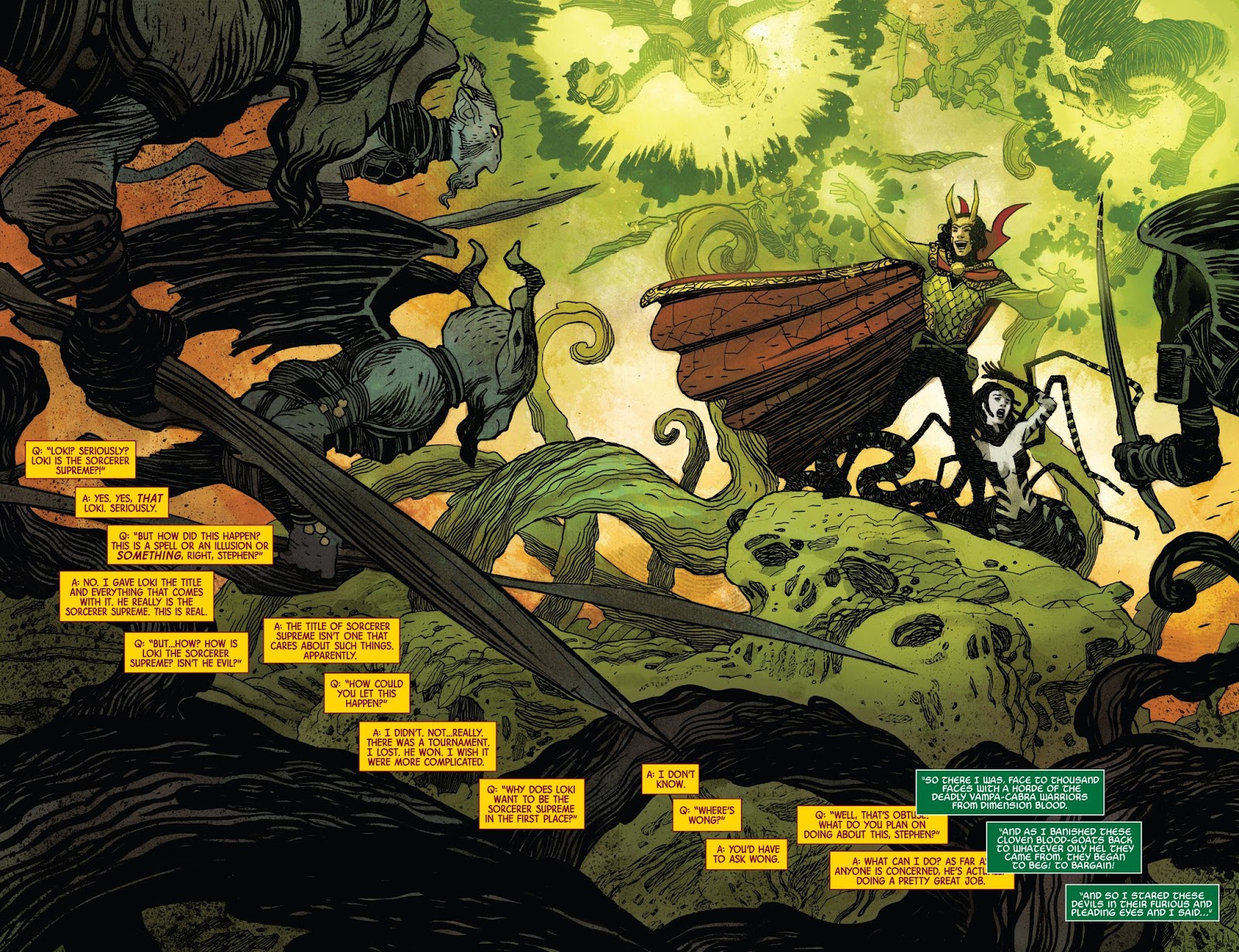 The 21st century hasn’t been very kind to Marvel’s mystical master personally, what with power loss on more than one occasion, magic removed from the world, and periods where others have been the Sorcerer Supreme. That’s where Donny Cates’ reinstatement of Doctor Strange begins, picking up from the end of Secret Empire, and with Loki now the Sorcerer Supreme. Don’t worry, you’ve not missed anything, the whys and wherefores are explained, eventually, but for starters all we get is the information presented on Gabriel Hernandez Walta’s sample spread.

Despite the title of Doctor Strange, this is significantly Loki’s graphic novel to begin with, the narrative voice more his than Stephen Strange’s and the God of Mischief presents as a great character. This is due to his reputation for duplicity, meaning there’s an inclination to question anything he says to anyone, even when he appears to be acting for the common good. An extremely suspicious Thor is led to the Frost Giants preparing an invasion that’s been hidden from Asgard. Does this serve Loki’s purposes more than Thor? He’s always played a long game. That’s interesting enough, but further fascinating is Cates speaking through Loki pointing out the absurdity of some limitations on magic, every spell having a cost and so on. Loki believes he has a way around that. Yet however generous he may seem, there’s still the streak of self-serving pettiness fundamental to his personality. For all that, he’s central to restoring the status quo after the damage done during Jason Aaron and Chris Bachalo’s run (see Way of the Weird).

What’s already very entertaining is considerably improved by Walta’s phenomenal art. The way he draws the ordinary scenes has an ever so slightly wonky, off-kilter look to it, strangeness if you will, perhaps an indication of the day to day world Stephen Strange inhabits, but when it comes to the big moments he really lets loose. Toward the end, there’s a sequence where locations shift rapidly from one to the next, requiring Walta to design a realm every other page, and that’s fantastic, yet so’s the beagle who plays an important role.

As Al Ewing has already proved, when given the correct treatment, Loki can be very funny, and that’s not a mood generally applied to Doctor Strange, yet while never making Stephen Strange a figure of ridicule there’s no reason there shouldn’t be some humour to his world. As good as he is with Loki, Cates is even better with Strange, also fallible due to knowledge of powers he can no longer access, and prone to recklessness. There’s also the matter of motive. Strange is the hero figure, and we naturally tend to want him restored as Sorceror Supreme, yet Cates has laid out his real motivation, and that’s disturbing. So is the way Strange involves a superhero, one not seen for a while, again brilliant and eventually even more disturbing. Who’s Sorcerer Supreme for the following Damnation and City of Sin? Don’t skip ahead. You’ll be missing out. Because while the 21st century might not have been kind to Doctor Strange personally, it’s provided the best Doctor Strange stories for decades, and God of Magic is right up there with them.