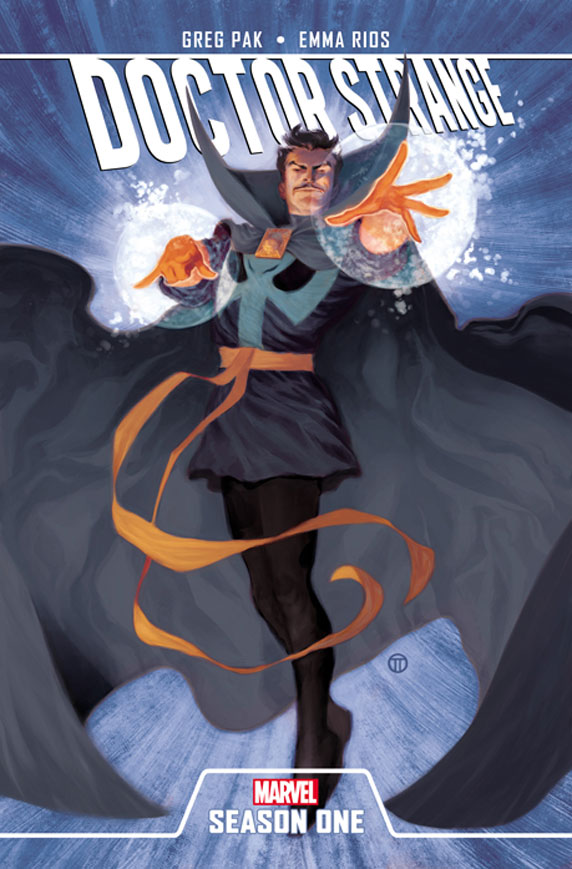 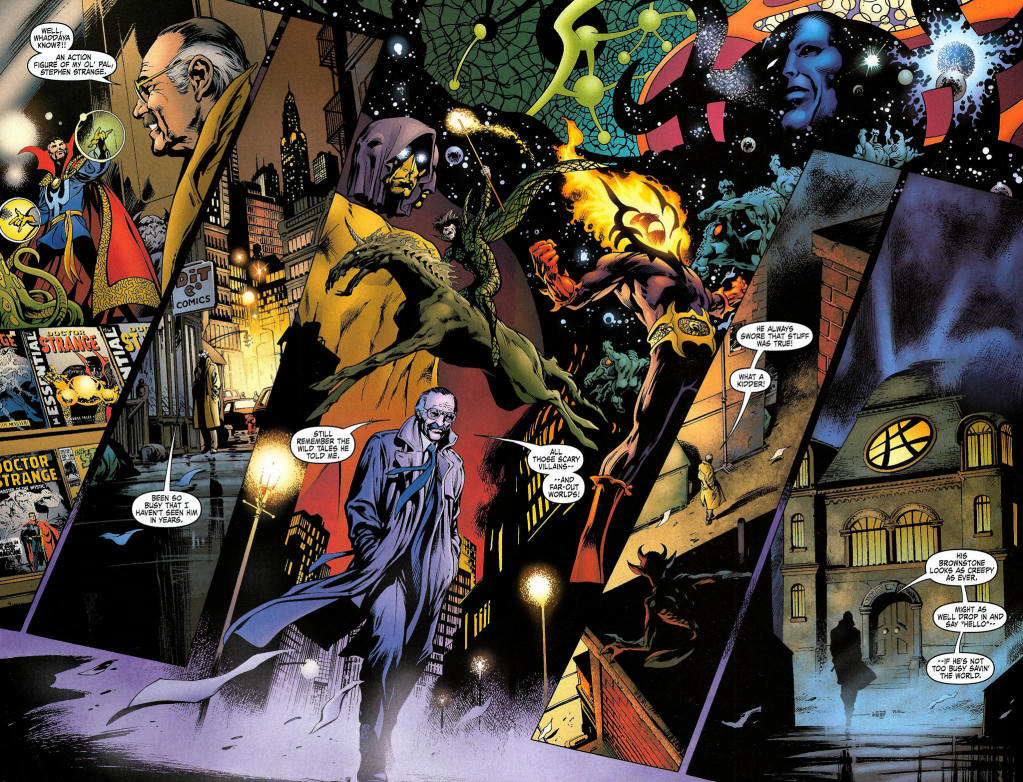 Radical perpetual change – or at least the appearance of such – is the irresistible force driving modern comics. Even for minor or secondary stars the process is inescapable, with media adjuncts increasingly dictating that subjects be updated because modern goldfish-minded readers apparently can’t understand or remember anything more than a week old.

One could argue that for characters or concepts with a fifty year pedigree, all that history can be a readership-daunting deterrence, so radical reboots are a painful but vital periodic necessity.

This breezy re-imagining is by Greg Pak, Emma Rios and Alvaro Lopez. It’s the fifth graphic novel in a series specifically designed to renovate, modify and update classic origins and, despite clearly being intended as story-bibles for movie-oriented fans, most manage to add a little something to the immortal but hopelessly time-locked tales.

Once upon a time Steven Strange was America’s greatest surgeon, a brilliant man, yet vain and arrogant, caring nothing for the sick, except as a means to wealth and glory. When a self-inflicted drunken car-crash mangled his hands and ended his career, the arrogant Strange hit the skids, big time. Fallen as low as man ever could, the debased doctor overhears a barroom tale which leads to a delirious odyssey – or perhaps pilgrimage – to Tibet. There an impossibly aged mage and enlightenment through daily redemption transforms the derelict into the solitary, ever-vigilant watchdog for frail humanity against all the hidden dangers of the dark. Now he battles otherworldly evil as a Sorcerer Supreme, a veritable Master of the Mystic arts.

Set in the immediate aftermath of his automotive Armageddon, this fast-paced mystic buddy-movie traces Strange’s first days and months under the tutelage of the puissant Ancient One and, after exposing the perfidy of senior disciple Mordo, the American’s quest to prove himself worthy of the exalted station and inner peace he sought. Still plagued with the tantalising dream of healing his shattered hands, regaining his status as a superstar surgeon and resuming a life of glamorous, sybaritic luxury, Strange struggles to master the most basic disciplines of magic, constantly competing with fellow postulant Wong – a smart-mouthed martial artist and devotee of the cult of Kamar-Taj – the Ancient One’s mysterious homeland.

And thus begins a smart, sharp and extremely engaging quest that takes the fledgling heroes to a corrupt politician in Salem, Massachusetts, a modern-day saint in the slums of Cairo, and a mad old biddy in the British Museum. All the while he’s dodging demonic assaults, escaping angry, disdainful deities, foiling arch-foes and slowly becoming the people Earth needs them to be.

With pages of design sketches and examples of production process from pencils through inks and beyond by Rios, this book includes the tantalising first chapter of the then-new Defenders title. Be warned: it is extremely addictive but concludes elsewhere.