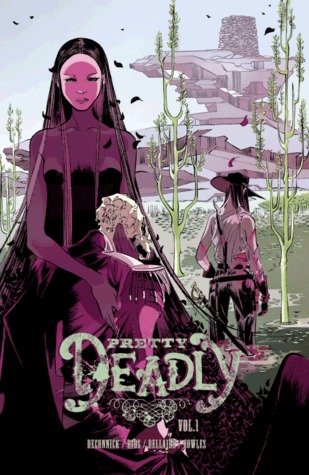 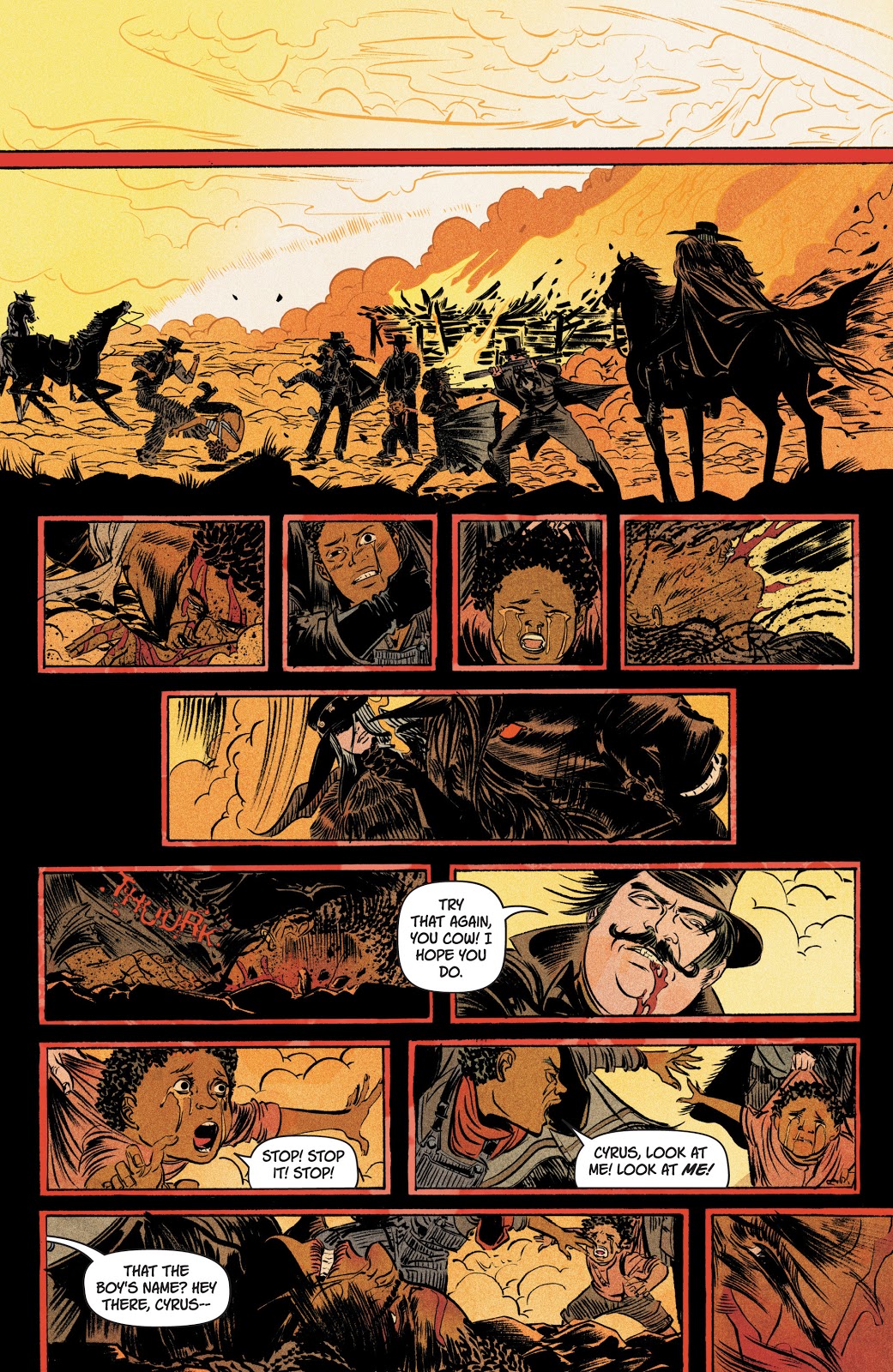 There’s considerable praise for Pretty Deadly in the form of award nominations and acclaimed creators delivering glowing testimonials for this collection. It’s difficult to understand why.

Set in the American west of the 1800s, the films of Sergio Leone are a stated inspiration. They’re represented by taciturn characters with oblique dialogue, widescreen sparse landscapes and almost balletic sequences of extreme violence. Stylistically these also resemble Japanese comics. Onto that canvas a supernatural element is splashed, as Death has intervened in the case of an injustice, fallen in love and spawned a daughter. Kelly Sue DeConnick’s opening pages lay this out, and there’s a later continuation as that daughter, now a relentless spirit of vengeance, cuts a bloody trail.

Much is unresolved by the end of the volume. This may be a casualty of arbitrarily collecting issues of an ongoing series into a book, but the result is characters provoking plot elements for no good reason. Hipster gunslinger Johnny Coyote is a case in point. His name may or may not be consistent with the animal mythology forming a narrative undercurrent, but there’s never a coherent explanation for his setting the entire plot in motion. “Lots of reasons, I guess”, is all we get. If he’s meant to be the trickster of native American myth as per his name, there’s little else to indicate it. His nemesis Big Alice turns up looking for stolen papers, dies, is re-incarnated, and dies again without her function ever being hinted at. Other characters are similarly without purpose.

In places Emma Rios delivers some stunning art, and the well selected palette employed by Jordie Bellaire elevates it. Of particular artistic note are astonishing decorative vistas and two page chapter opening sequences in which a butterfly and a skeletal rabbit feature, although their overall relevance is never clarified. Elsewhere she’s heavily influenced by Japanese storytelling, with fragmentary images delivering brief moments of action or mood, overlaid on her pages, but there’s a resulting lack of depth.

DeConnick alludes to myths throughout, and envelopes her story in wispy portentous comments. Myths have a hallucinatory and non-linear quality, and can be used to illuminate and entertain, but as much as anything their use here is to avoid coherence, and reading just this volume in isolation supplies a hollow experience. The series continues with The Bear.