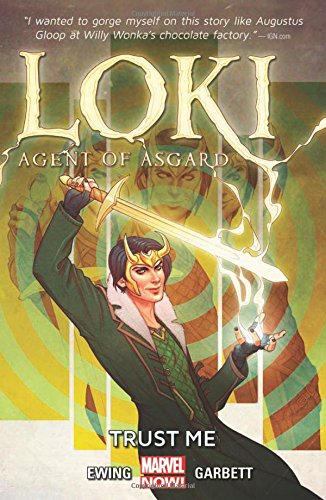 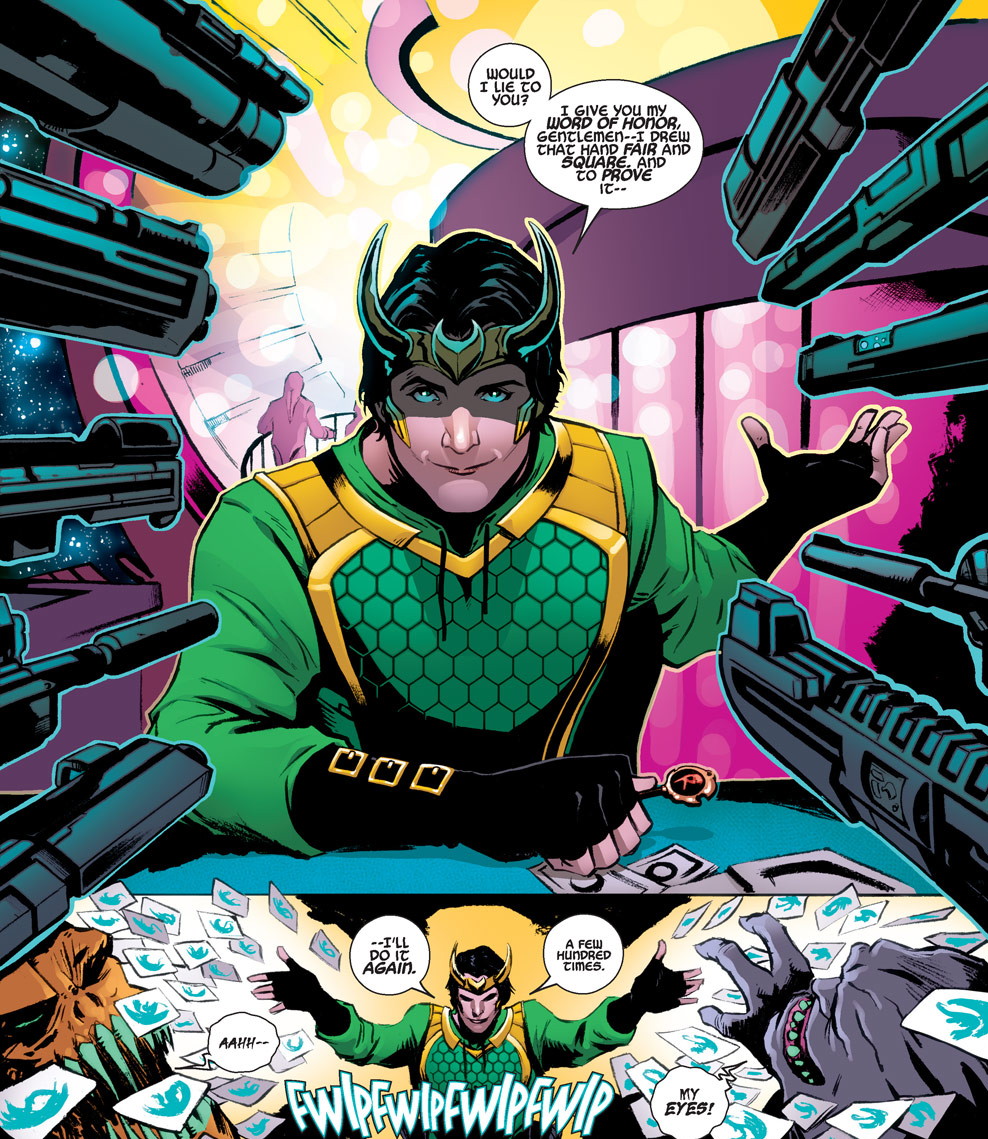 The problem with being an Asgardian God is that your existence is governed by a multitude of seemingly inevitable prophecies determining your fate. Loki, being the God of Trickery, among other titles, managed to circumvent his, but there was a cost. He was reincarnated as a far younger being, just beyond childhood, lacking the memory of his former life, and when this was restored he determined to avoid becoming his previous self again. There’s more to it, but that’s not required knowledge for this series. At least not to begin with.

Loki, now a teenager, is seemingly sincere in wanting to reform, and he’s charged by his mother, Freya, with a series of missions. Each success will result in the purging of a previous crime from Asgard’s records, so that at the conclusion Loki will stand anew.

It’s a fine set-up from writer Al Ewing, and one which explains the title along with providing a narrative theme. The invention applied to that extends further to the light tone taken. Loki’s unable to view anything very seriously, and when you’re the master of deception even taking on the Avengers, as in the opening chapter, is of little consequence. This is very much a Loki brought to fruition, retaining his previous levels of enterprise, but overlaid with an appealing character. Ewing feeds that into an early explanation as to why someone with Loki’s mystical abilities doesn’t just rectify matters with a spell: it’s not fun.

Ewing also supplies a well-balanced supporting cast to play off Loki, introduced in piecemeal fashion, the most prominent being Verity, the girl who can see through any lie, a talent more useful than might be believed when dealing with a confirmed liar. There’s also Asgard’s first hero Sigurd, and Lorelei, a bit of a schemer herself. Oh, and there’s not just the single Loki here. No, we also have a tale of the malevolent manipulator that was.

Lee Garbett is rather an unsung artist, which is puzzling. He’s adaptable, supplying the right degree of comedy when needed, delivers emotionally sound characterisation, and his storytelling is of the highest standards.

If all that’s not enough to make you want to investigate, there’s also Ewing’s nice asides. A John Wayne joke here, a sly dig at Thor there. Some will probably sail over most heads, but they’re a fun easter egg in a fun book. The series continues with I Cannot Tell a Lie.