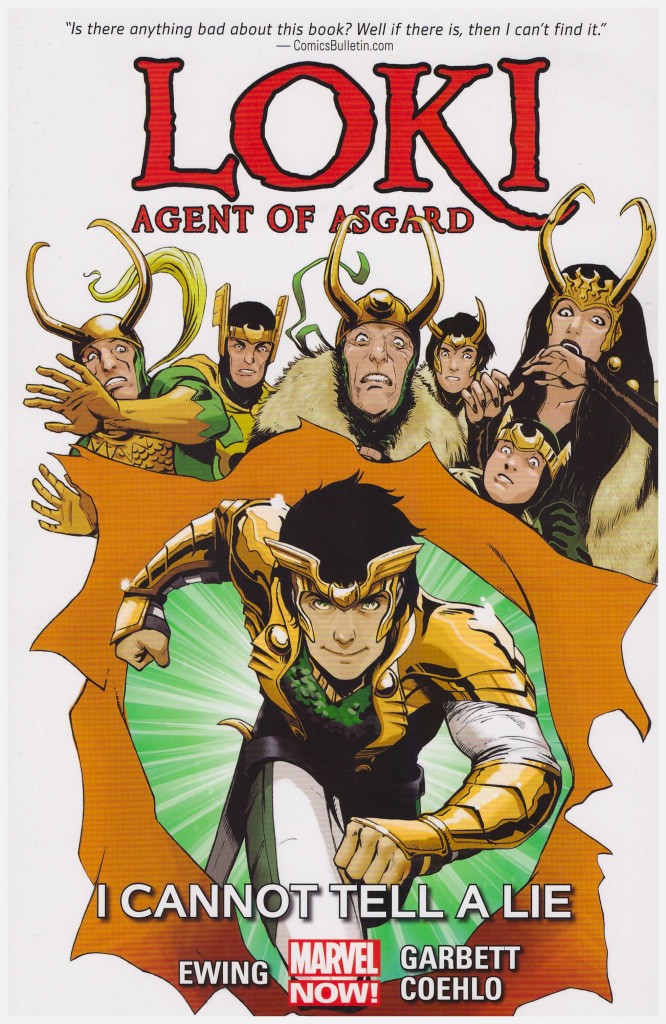 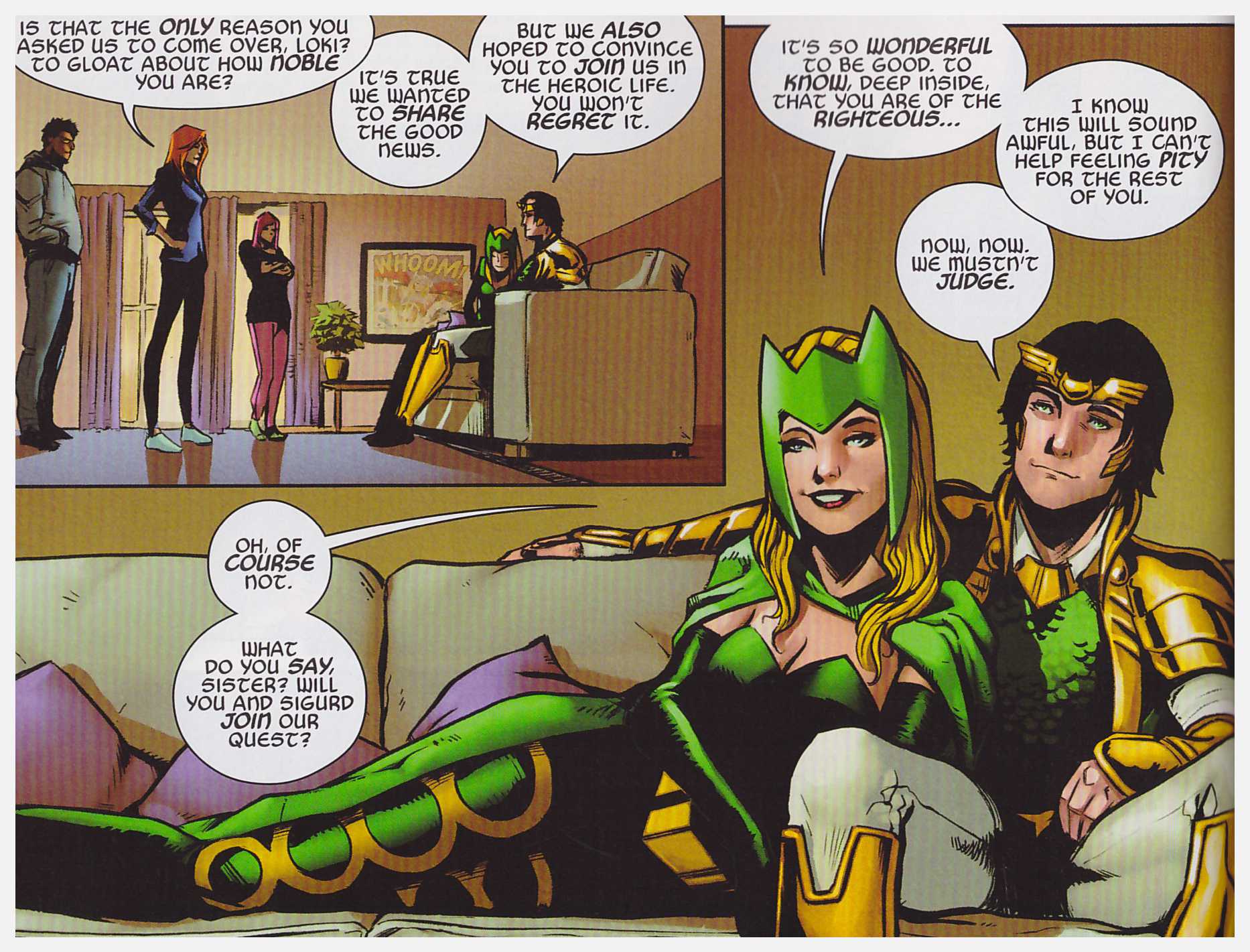 As witty as it is, the title can be taken literally here as Loki, God of Trickery, is no longer able to employ the simple lie in his arsenal of deceit. Combined with the shock he received at the conclusion of Trust Me, it’s quite the double whammy.

Before that, though, there’s a visit to Doctor Doom’s kingdom of Latveria, although not willingly. Doom has visited the future, where perches an ancient and wizened Loki in the wreckage of civilisation. It’s not to Doom’s liking, and a sure way of preventing it is to deal with Loki in the present. This is drawn by Jorge Coelho, who doesn’t have Lee Garbett’s facility for lighter material, so delivers what’s a pretty straightforward superhero story. It’s shame his name’s mis-spelled on the cover, mind.

Once the Doom story is over and done with I Cannot Tell a Lie becomes both a much darker book, and a more frustrating book. The latter is due to tie-ins with Marvel’s 2014 crossover Axis, in which Loki played a prominent part. The detrimental effect is that the page turns and Loki has in the meantime had another adventure elsewhere, one that requires mentioning, footnoting and an explanation of how Loki has changed. It also requires a reprise of Loki vs half brother Thor, a perpetual battle seen in Trust Me, where the role reversal was an interesting twist. Repeating it so soon has diminishing returns. Garbett proves adaptable in modifying his art to indicate the darker mood, thickening his inking and delivering more grimacing than smiling.

Al Ewing battles manfully in attempting to shoehorn his own plots into the crossover material, but it’s not an entirely successful mix, and he requires his own footnotes for that as well. By the end of the book Loki appears to have been thoroughly outmanoeuvred by his counterpart from the future, is bereft of allies and Last Days has been intriguingly set up.