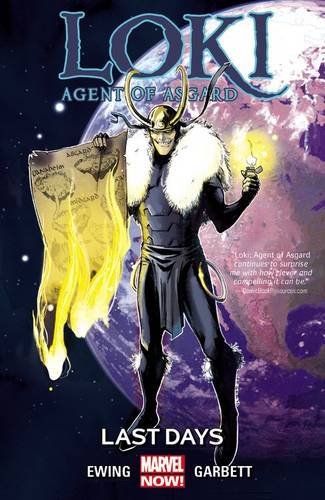 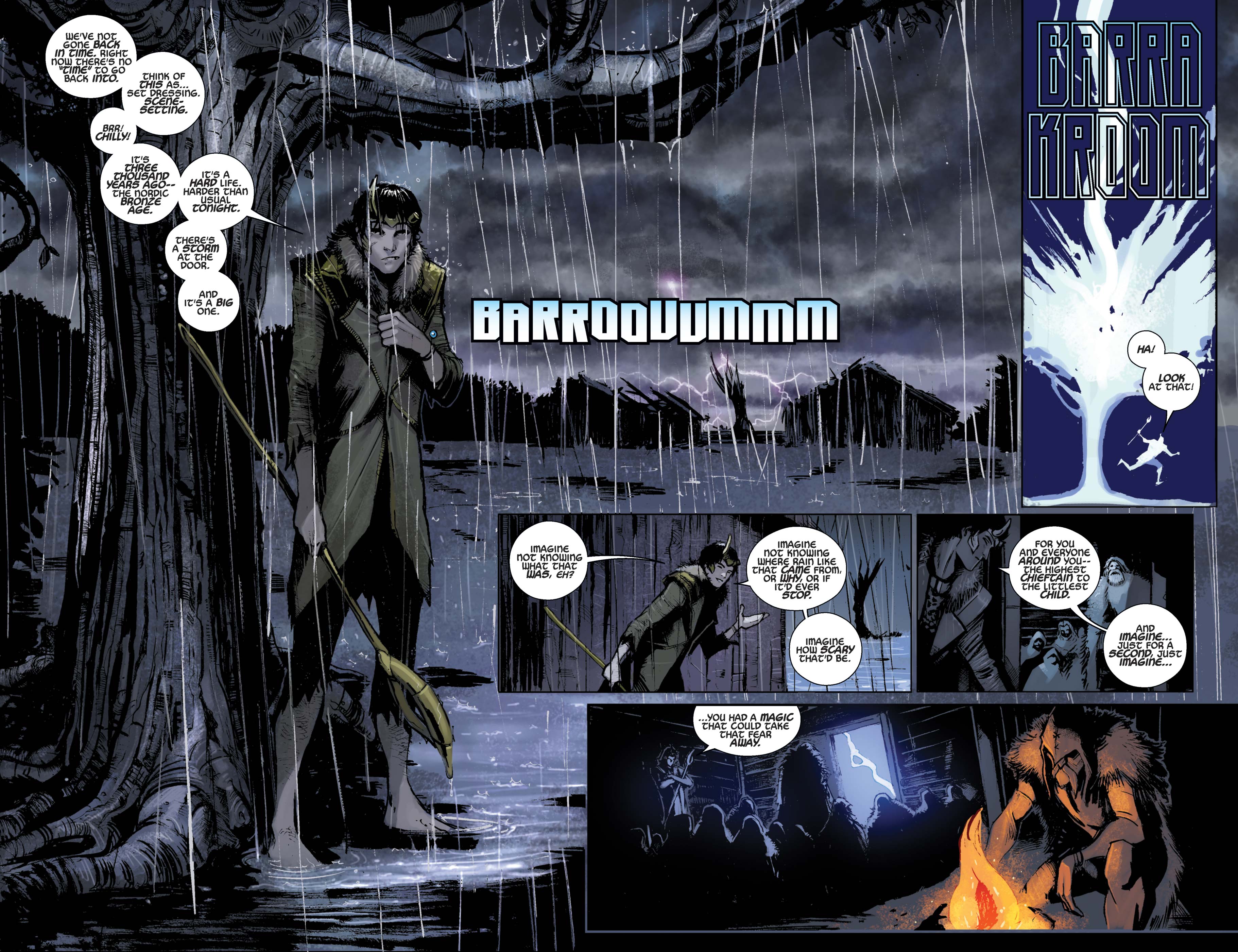 Again, the title is literal as the book opens with an aged Loki from the future having created a captive audience as he relates how his recreated and well meaning younger self wouldn’t be able to avoid becoming again what he always was. This was set up to conclude I Cannot Tell a Lie.

It requires a fair amount of exposition, and when it ends the rug has been pulled again as we jump forward eight months and straight into another Marvel crossover. And it occurs so ask “Where did it all go wrong?” Trust Me introduced a new Loki, related to the old, but with a possibility of forging a different path, deftly scripted in light-hearted fashion by Al Ewing. Two books later we have trauma, angst and, yes, sadly, tedium.

The Loki of the past two books barely appears, as others with that name cavort across the universe sowing war among the Gods. There are nice touches. Odin with a massive old-fashioned gatling gun, the origin of Verity Willis, and some fantastic art from Lee Garbett, but for all of that much of Last Days book is replaying a familiar tune. Yes, this time around Loki has to be squashed into the concurrent Secret Wars, but there’s also enough leeway for Ewing to play his own game.

As the final curtain appears, though, Ewing pulls it all together, and the closing two chapters not only restore the Loki we began the series with, but delve into the origins of Asgardian myth. Ewing has seeded this throughout the book in seemingly meaningless interludes and it becomes apparent that he’s seeded a lot more besides in re-purposing Loki, and that he’s performed quite the rescue mission. It doesn’t mean everything has been re-envisaged, and some of what preceded this remains same old even under the light of revelation, but there’s a purpose that appeared absent.

Garbett has been excellent throughout, and here adds a sense of design to his already prodigious talent, very much aided by the colouring of Antonio Farela, offering a sensitive interpretation of Garbett’s illustration. It’s necessary toward the end to utilise large blocks of white space, and what could be dull and obvious really shines.

What occurs towards near the end requires a version of the earlier chapters in some form, but they’re nowhere near as good. Whether the end justifies the means is a close call, but it does. Just about.