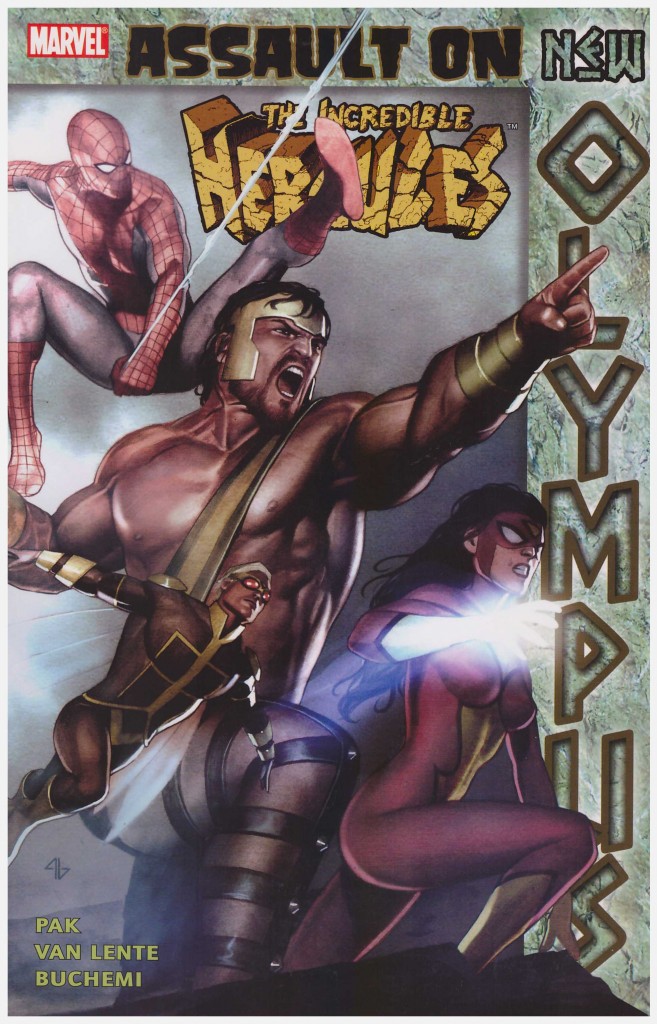 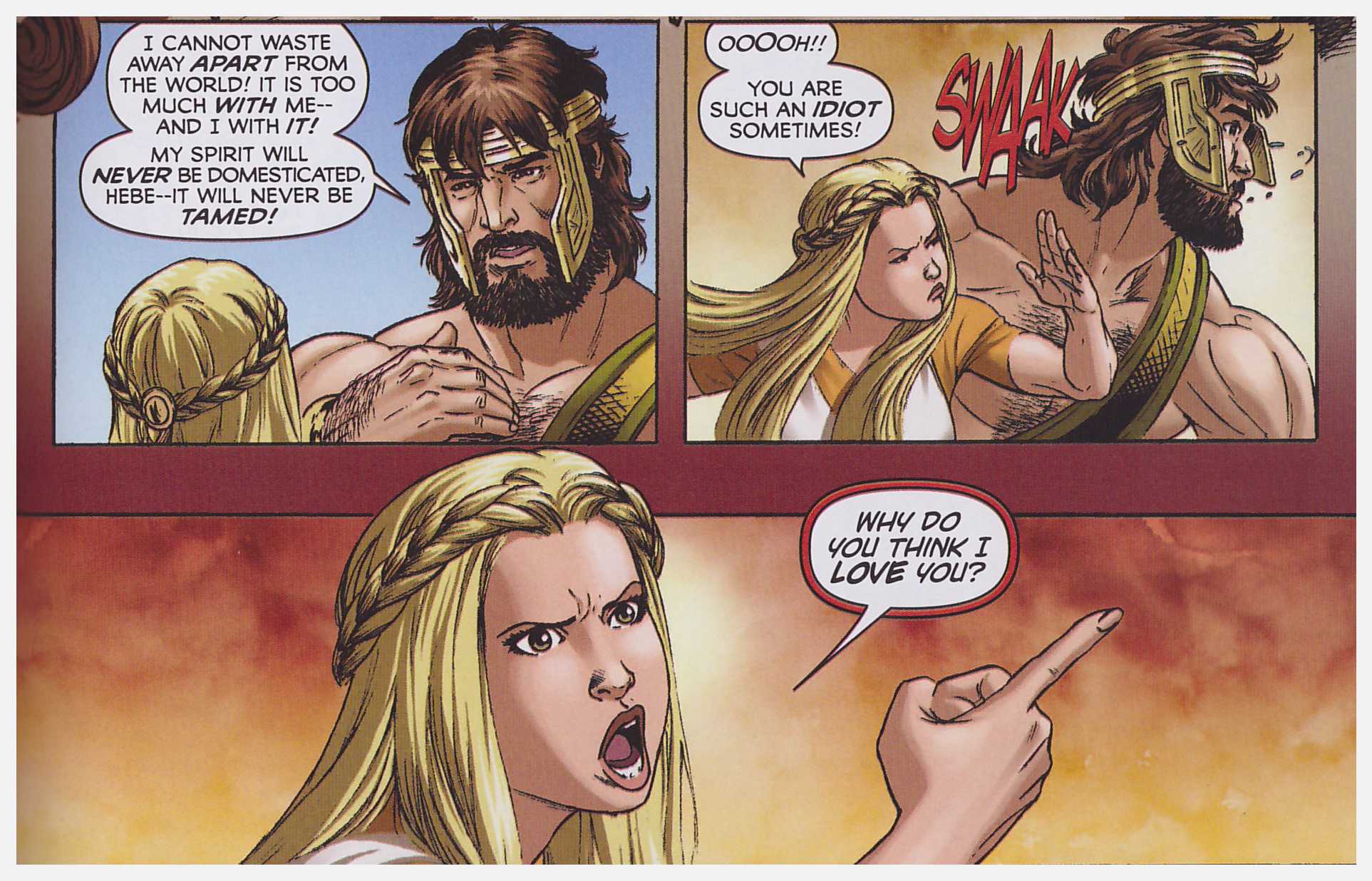 The machinations of Hera and her incorporated management of the Gods was introduced in Dark Reign and sidelined during The Mighty Thorcules, but is front and centre here. A former employee was Hebe, the long forgotten wife of Hercules, but just because he’s not been around for a millennia or two doesn’t mean he’s going to stand by when he discovers Peter Parker out on a date with her.

Hera’s unhappy about the manner in which the awe and importance of the Gods have been sidelined over the centuries, and particularly how their once amazing abilities are now routinely equalled by science and costumed heroes. That’s a theme that’s been ticking away in the background throughout Greg Pak and Fred Van Lente’s work on the series, defining what constitutes a God in the modern era, and the conclusions haven’t always been positive. Hera’s solution typifies the traditional will of the Gods: it’s not working the way we want, so we re-make reality. In a manner of speaking that’s also Athena’s aim, but not associated with Hera’s plan, which she opposes. By this point Amadeus Cho has figured out the background to recent events in his life, and determines that he’s going to stop seemingly pre-ordained fate. With the Avengers in tow, Hercules storms the Olympus Group headquarters.

Pak and Van Lente pull out a considerable number of surprises in a what’s a well plotted finale, largely drawn by Rodney Buchemi. There’s a humanity to his work, clear storytelling, and unlike some other artists on the series he ensures Cho’s genetic heritage is properly represented. This is the final volume of the series, and Hercules has been given a depth throughout previously lacking from an almost one-dimensional portrayal. The confidence and carousing were always there, but a nobility was often previously absent, as was any level of complexity.

The nice touches running throughout the series are all represented here: the innovative re-cap pages, the mythic tales and the defining characteristic of the run, the heart warming bond between Cho and Hercules. Without giving too much away, suffice to say that Hercules’ condition at the end of the book differs greatly from his opening battle with Spider-Man. His next appearance is in Hercules: The New Prince of Power.