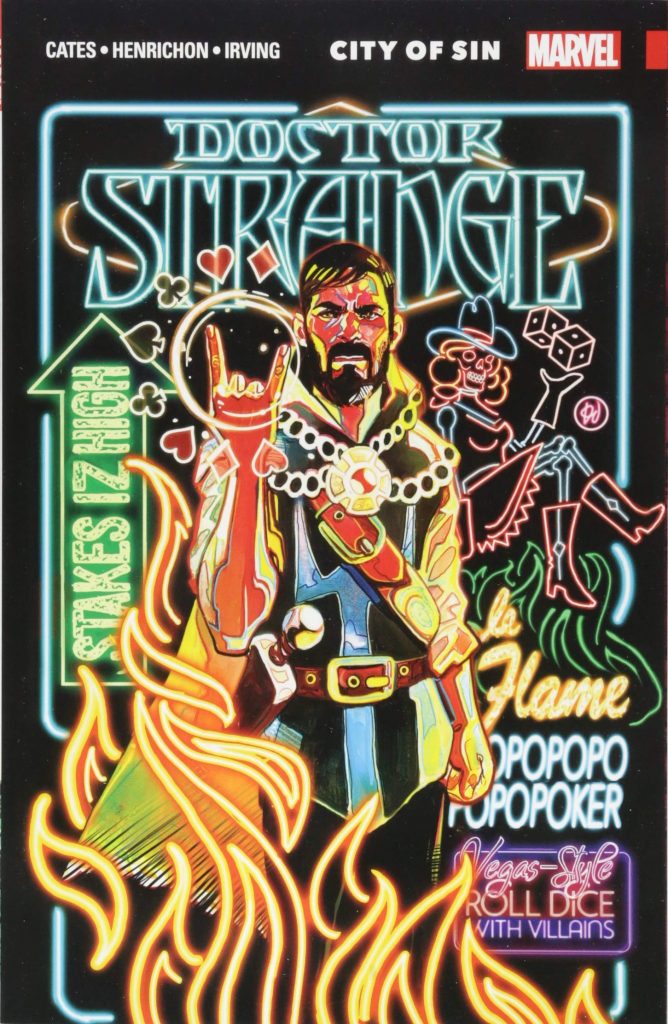 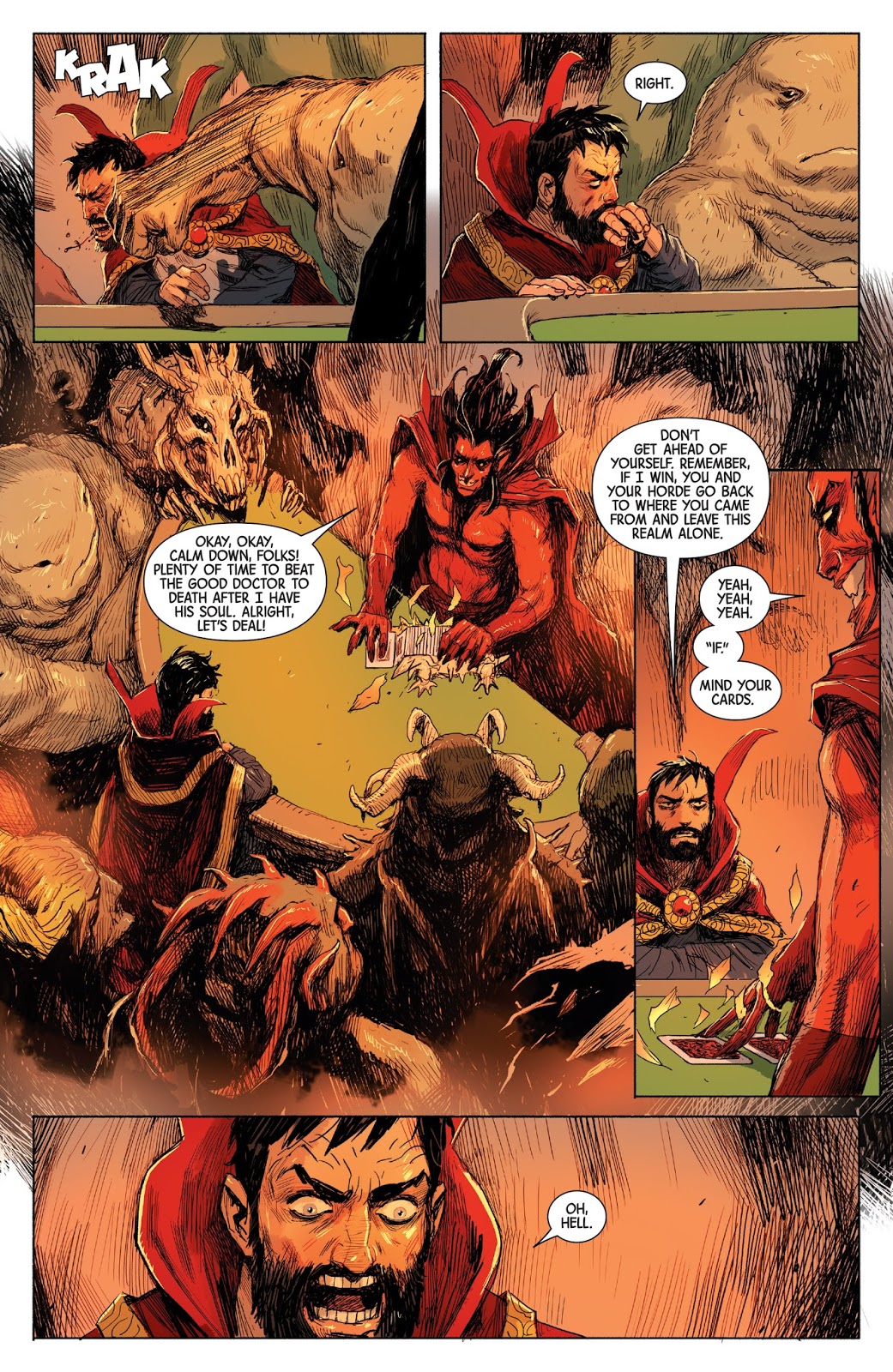 City of Sin follows God of Magic, so Doctor Strange is once again the Sorcerer Supreme, but it also runs alongside chapters of the crossover series Damnation, the opening chapter weaving in and out of Damnation’s first chapter. If you’d prefer to have greater detail about how Doctor Strange retrieves Las Vegas from Hell, it’s found in Damnation, as is the deal that sees Strange playing blackjack with Mephisto. From that point, though, City of Sin largely plays out as its own story before sequing back into Damnation‘s finale.

What Donny Cates needs to do is to occupy Doctor Strange long enough in order for everyone else involved in Damnation to do their parts, and the way he does this is careless. God of Magic saw Strange’s magic not only restored, but considerably boosted, and yet one graphic novel later the Sorcerer Supreme is falling time and again for basic illusions, and this is even when his ghostly dog is there telling him he’s being tricked. Once Cates has moved past that and returned one of Strange’s greatest enemies, things pick up again.

Niko Henrichon’s a good artist with a loose impressionistic style, for comics at least, who also has an eye for detail. The story isn’t entirely serious, and over the first chapter he illustrates a good Strange under pressure, and a nice smug Mephisto. The problem is that he’s drawing the old school Mephisto with the pointy black hair, while the pages of Damnation feature the more recent upgrade. Somewhere online there’s a surely a no-prize explanation of the discrepancy about Mephisto’s devilry affecting the reader’s perceptions, but back in the real world why is it too much to ask that characters in a crossover actually look the same in the various chapters?

Everything leads to a relationship that needs to be repaired, and again, Cates misjudges the mood. What’s needed is some heartfelt sincerity, not glib jokes and Spider-Man. As individual panels, Frazer Irving’s art is nice, but there’s a lot of repetition and some strained expressions, and we also have a detour into Spider-Man’s magical conversation with a spider. Really. It’s not much better than it sounds, and drawn appropriately by Chip Zdarsky. Once Cates gets to the conversation that actually needs to be had it’s good, but too much before has been self-indulgent.

In an editorial supplied on his departure from the original comics Cates related the advice given by earlier Doctor Strange writer Jason Aaron, which amounted to being sure he didn’t screw it up. Over three graphic novels (if Damnation is included) there have been a few mis-steps, but Cates has performed well above that baseline and entertained almost all the way. All but the final chapter here are also found in Damnation: The Complete Collection, while the entirety is combined with Cates’ other Doctor Strange work as the hardcover Doctor Strange by Donny Cates.