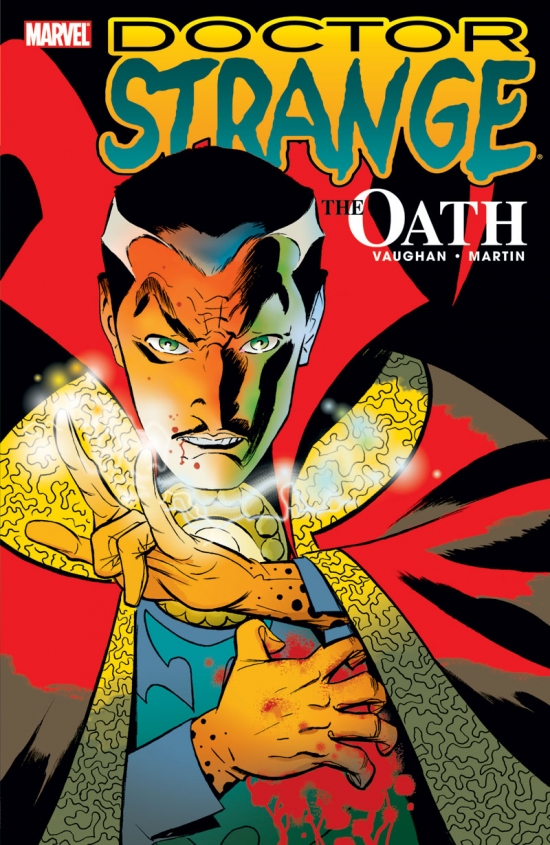 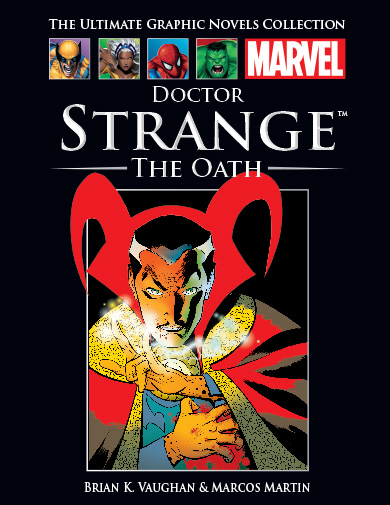 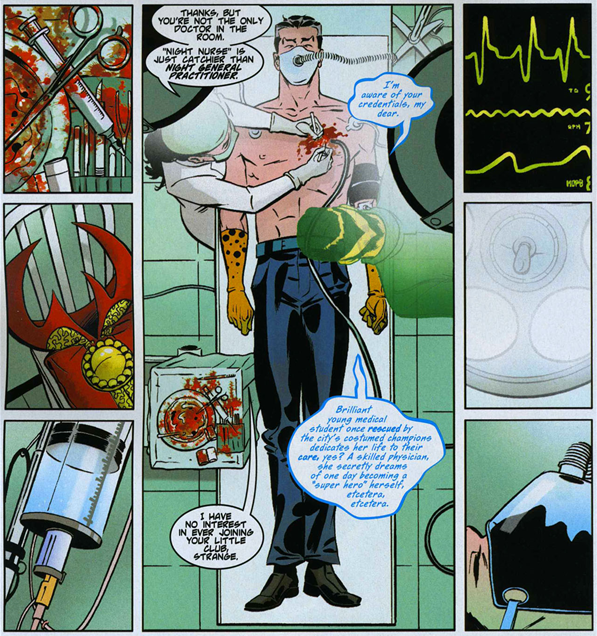 When Doctor Strange’s non-romantic life partner, faithful retainer Wong, is diagnosed with terminal cancer, the orderly world of the Sorceror Supreme collapses in a trice.

Strange’s desperation for a cure leads him into a deadly trap, and he ends up needing medical assistance – from the Night Nurse, the mysterious figure who provides medical services to the superhero community. Despite her alliterative nom du-medicin, the Night Nurse is a fully qualified M.D. – it’s just that “Night General Practitioner” doesn’t trip off the tongue!

Becoming enmeshed in and intrigued by Strange’s situation, the Night Nurse joins Strange and Wong on their quest, and together these mis-matched musketeers explore the realms temporal and mystical, while, in the best tradition of Tracy and Hepburn, the competitive friction between the Doctor and the Nurse causes a different kind of spark to start flying.

We have the seemingly obligatory flashback to Stephen Strange’s origins, but not for an unnecessarily prolonged or obtrusive period. This is among old acquaintances resurfacing and betraying, evil corporations conspiring to monetise the mystic arts, and a delightful journey through the other realms, where the separate strands of Strange’s life converge in a final agonising decision.

The key resides in the title. The oath in question isn’t some mystic incantation, but the Hippocratic Oath, and by taking the character of Doctor Stephen Strange back to his emotional and professional beginnings, author Brian K. Vaughan opens up fresh insight into a hero too often obscured by layers of pretentiousness.  The ‘Holmes & Watson’ byplay becomes a bit tedious, but at the time of the comics’ release, the Benedict Cumberbatch-helmed Sherlock series was cresting in the US, so a tiny bit of over-enthusiasm is forgivable.

Marcos Martin’s artwork is sublime; the transitions between the mundane and the supernatural are deftly carried out, and he resists the temptation to glamourise the protagonists. Strange is presented unashamedly as an older man with the physique of an academic rather than an athlete. The Night Nurse is a mature woman with strong features that eschew the standard issue ‘glamour’ of most comics. This realism sets off the vertiginous ventures into the other dimensions to delightful effect.

At the story’s end, the scene is set for an intriguing new status quo which could have led into an ongoing series – but which, sadly, has been totally ignored by  subsequent depictions of the character. A great shame, and a wasted opportunity, but nevertheless, a delightful read in its own right.

This was also printed in hardcover as Volume 58 of the Marvel Graphic Novel Collection.