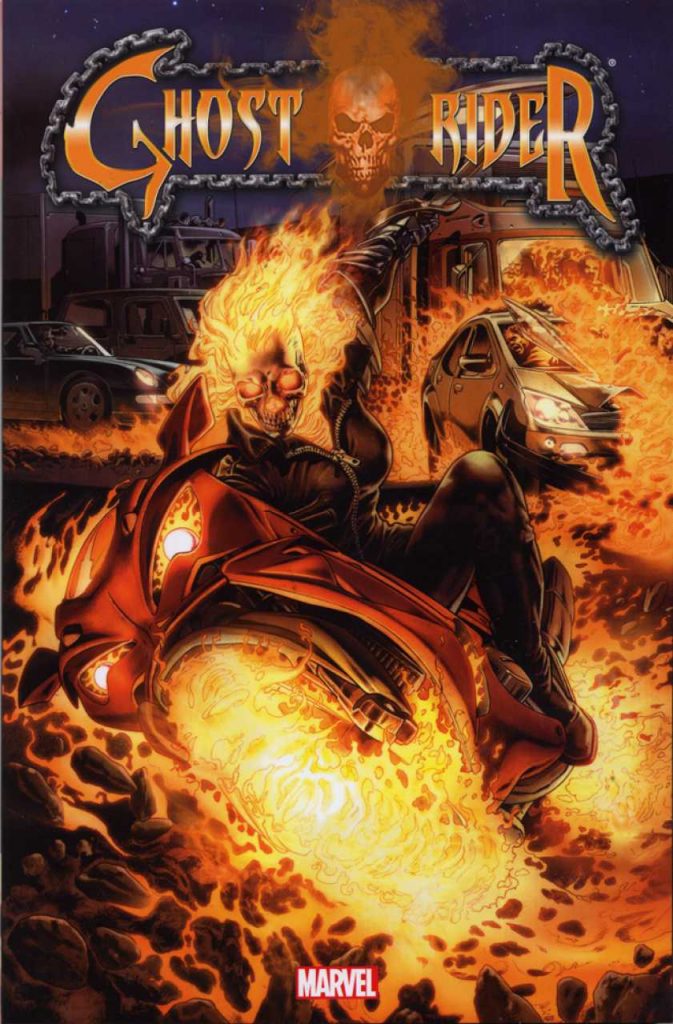 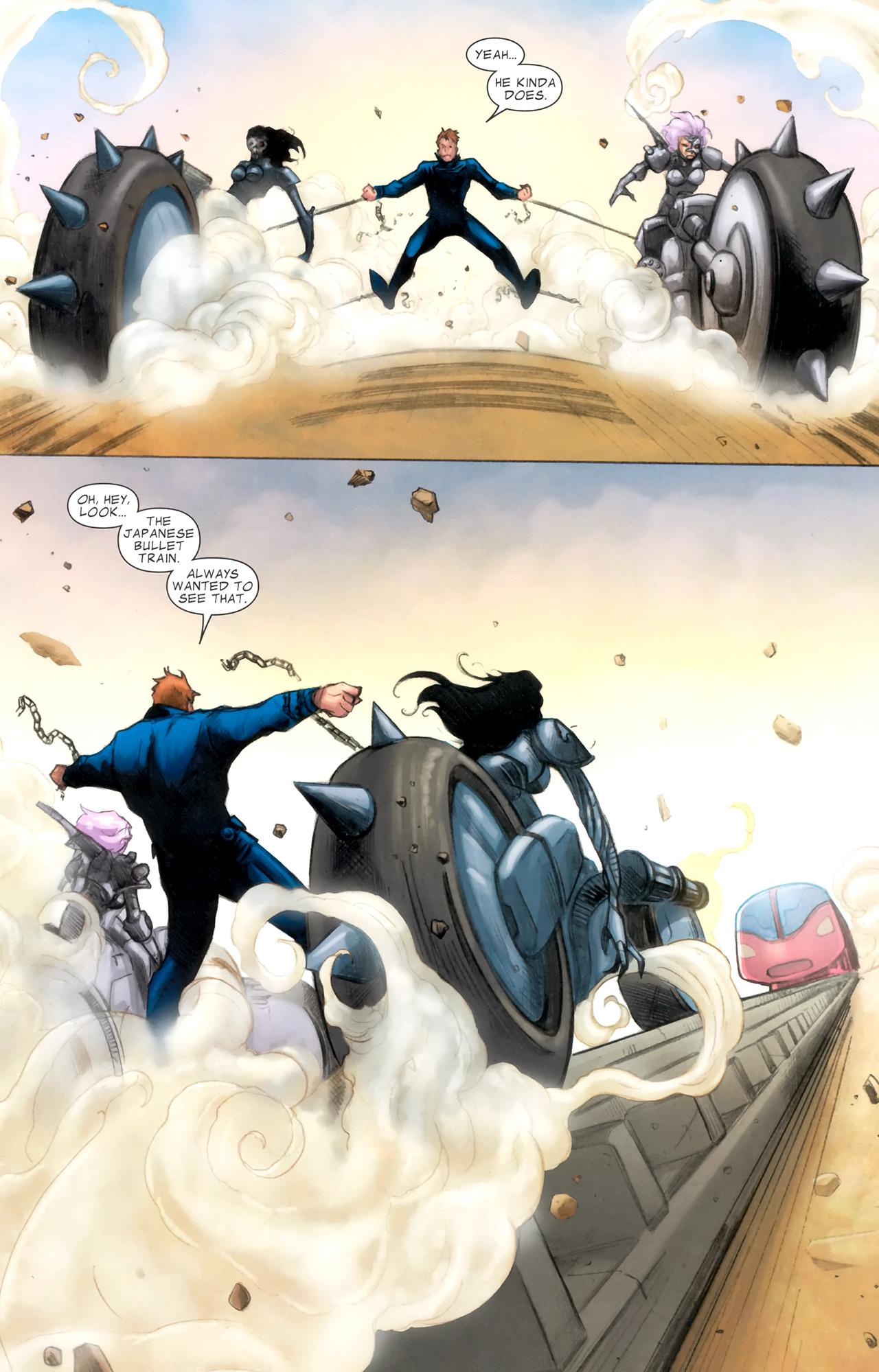 For all the visual appeal of Ghost Rider and the fact that he’s made it to the movie screens, can it honestly be said that there’s been anything other than a handful of very good stories featuring the character over the years? This collection of ten issues by Rob Williams wasn’t a sales success, but it features more new ideas during a spirited run than have been associated with Ghost Rider in many a long decade.

Williams is true to the supernatural horror theme that’s always been the backdrop to Ghost Rider, but he’s so much more imaginative about it. How about a new female Ghost Rider? Or Ghost Rider in space? Johnny Blaze with a dry sense of humour? A nice revised version of Mephisto appears, credible as a master of deceit, and someone who revels in what he is and what he does. It’s a very effective recasting. Also imaginative is the way Ghost Rider’s powers are applied in a novel fashion. As they’ve always been nebulously contrived to suit a particular story this isn’t the rabbit from the hat it might otherwise be. Williams also embraces the core of the less than well received Fear Itself crossover to launch his reboot, making an intelligent use of its themes of sin and the betterment of humanity. This ties in well to the eventual downfall of the book’s first menace. Some of Ghost Rider’s previous foes make an appearance, but are used effectively, as much as anything as a display of what’s changed. Humour is far more prevalent, and not just in Blaze’s quips. It’s dry, it’s dark and it’s funny. We even have some superheroes along for the ride.

Not everything works, however, and most glaring question concerns the wisdom and awareness of the new Ghost Rider in her human form, which seems incongruous and contradictory given the background Williams provides her with. An oddball John Constantine pastiche serves little purpose and outlives their welcome, and how many of the series’ intended audience have a clue who Ted Nugent is?

Five different artists contribute, with Matthew Clark and Lee Garbett (sample art) producing the most pages. Garbett’s terrific with layouts, but his backgrounds are sparse, while Clark’s also very effective, but his Blaze lacks his former world on his shoulders weariness. Brian Ching, Emanuela Lupacchino and Dalibor Talajić are all good as well, so no worries about the art at all.

This book may gather a cancelled series, but there’s a story arc running throughout, and no short changing with a rushed ending. At the conclusion everything’s packed neatly away in the toybox, and Ghost Rider’s had a memorable outing. It’s not often we can say that with a hand on our heart, is it?

If you’d prefer just to have a sampling of what Williams and crew offer, Fear Itself: Ghost Rider provides the first six chapters.