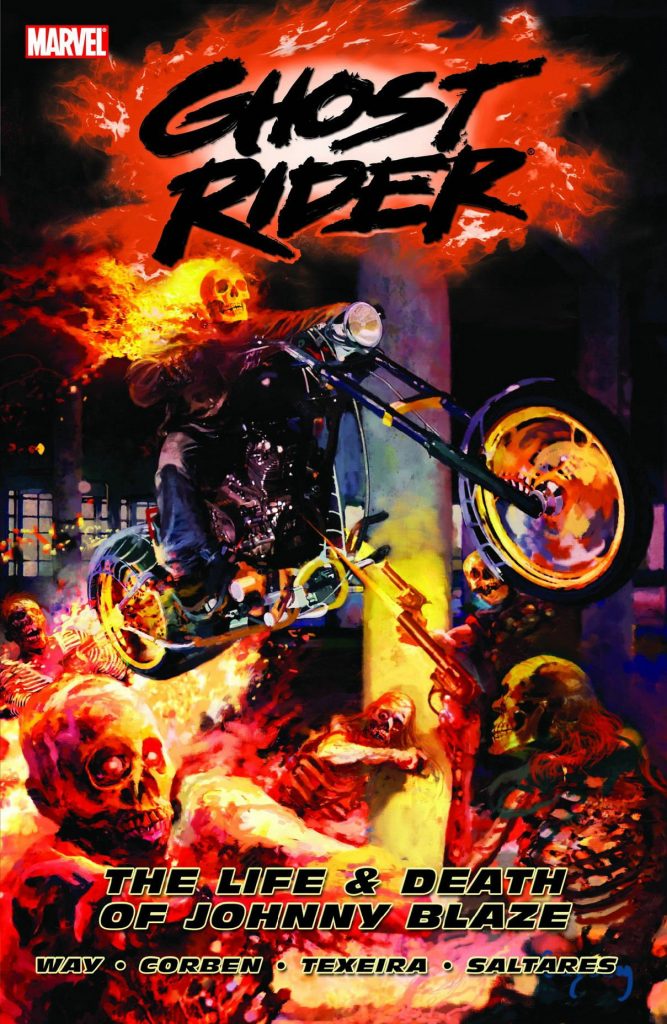 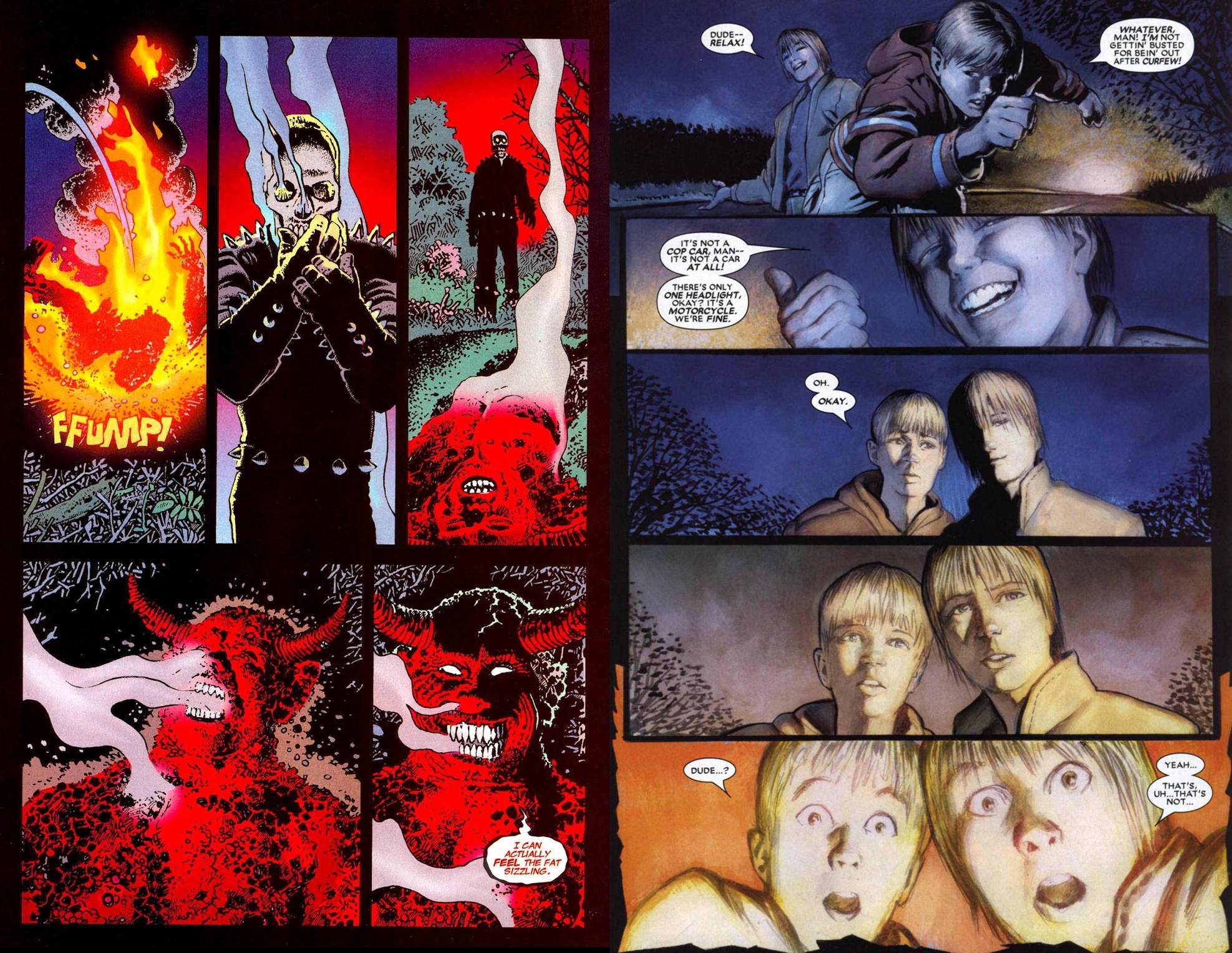 The Life and Death of Johnny Blaze opens with a stunner. Who ever expected to see Richard Corben drawing a Ghost Rider story? It’s not the Ghost Rider we’re used to, almost a more primitive version, but one that’s visually stunning with hollow eyes and Corben’s usual impressive colouring.

Vicious Cycle established the difficult premise Johnny Blaze has to work with. He’s returned to Earth, but Satan followed in his slipstream, crucially not fully formed, but a portion of him able to inhabit 666 corpses and commit atrocities. The more of them Johnny kills as Ghost Rider, the Spirit of Vengeance after all, the stronger the remainder become until ultimately a full strength Satan walks the Earth. Can Johnny contain his inner compulsion, yet still protect humanity?

That actually has little bearing on the two stories here, as Daniel Way takes a different path. Corben draws a combination of a slam-bang, all-out throwdown between Ghost Rider and Satan combined with an earlier interlude in Johnny’s life when he’s picked up just outside a town where there’s been a murder. That’s followed by four chapters providing ‘The Legend of Sleepy Hollow’. Way’s deliberately drawing a line to the headless horseman in Washington Irving’s story of that title, and surprises with the identity of the murderer, but the nicest aspect is the town already having a spirit of vengeance willing to blur the lines of what’s legal. The art team of Javier Saltares (breakdowns) and Mark Texeira (finishing) provides polished art given the appropriate colour wash by Dan Brown.

Once again, there are all too few scenes of Ghost Rider on his cycle, but this is otherwise two neatly conceived and very different horror stories. That Ghost Rider is sometimes at a loss is a new condition Way provides, and this uncertainty pulls him back down from the sometimes omnipotent character he’s been in the past, which humanises him slightly.

Ghost Rider by Daniel Way: The Ultimate Collection first combined Way’s entire run in 2012, and it was repackaged in 2018, this time as The Complete Collection. They both also include what’s found in Apocalypse Soon, which follows. 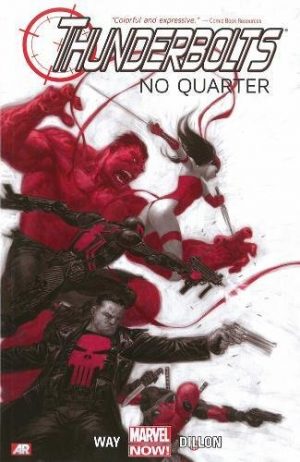