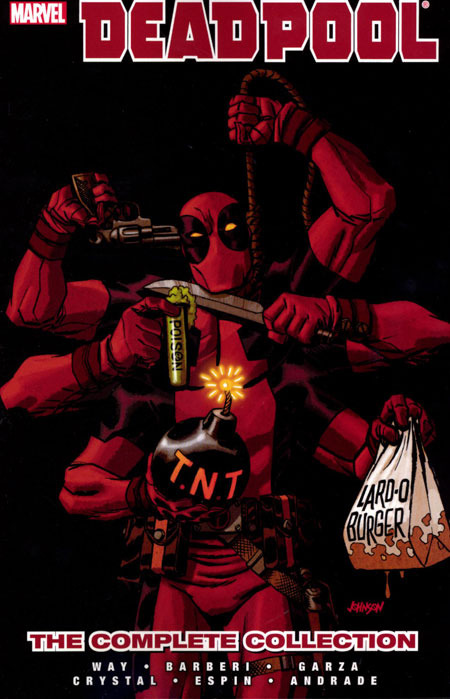 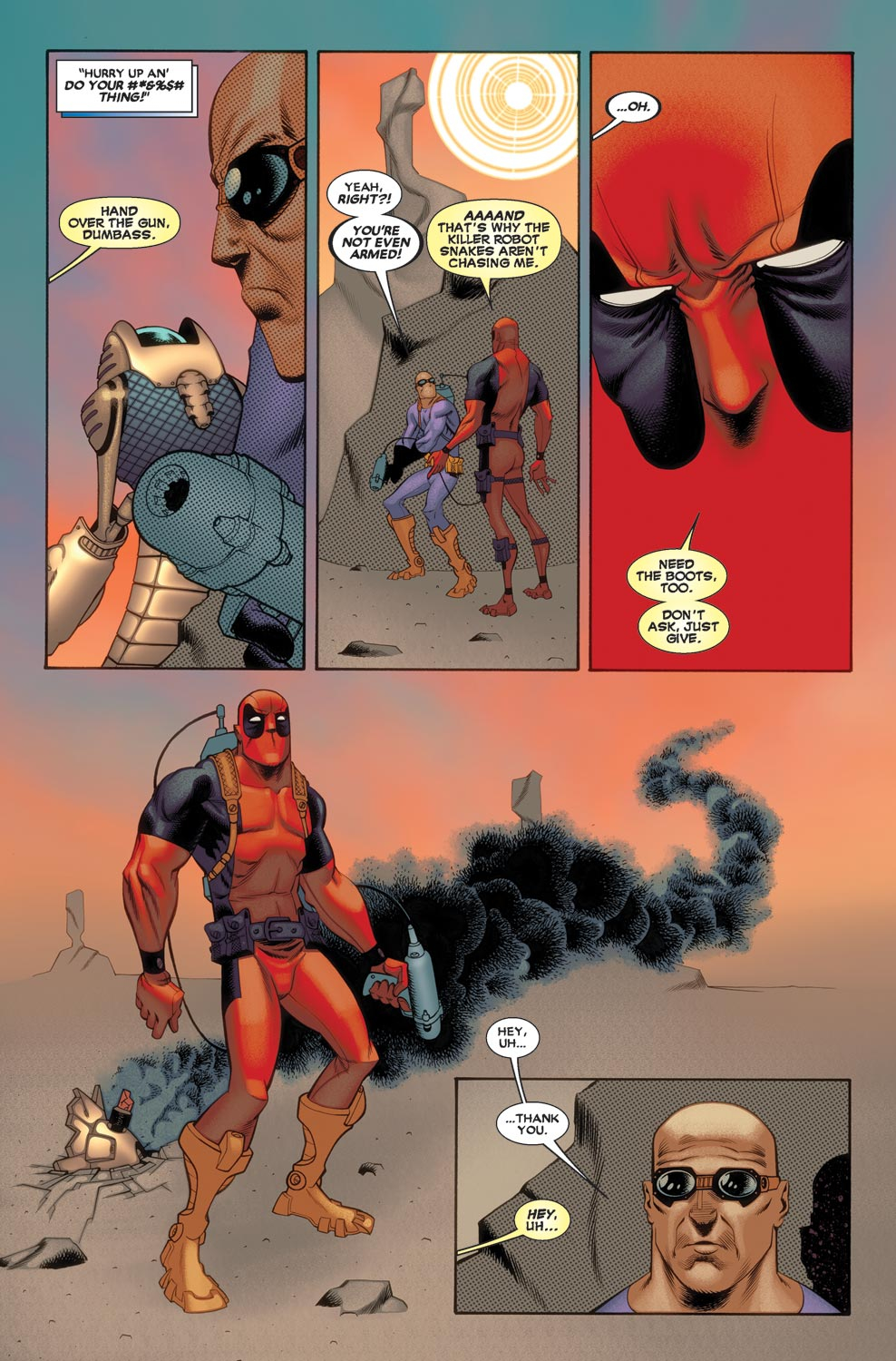 The first matter of business is to note that anyone in possession of Deadpool: Dead already has the entire content of this book. It’s just been reissued under a new title and cover, although since it was previously only published in hardback, circulation was small.

Over the series to date Daniel Way has adroitly and very gradually manoeuvered Deadpool to the conclusion that he yearns for the quiet of the grave, while simultaneously establishing that his healing factor negated any attempt at suicide. No, it doesn’t sound very funny on the screen, but Way’s writing has consistently ensured it is when you’re reading. Evil Deadpool appeared to establish that there is a method of killing Deadpool.

As the first five chapters are titled ‘Dead’, your expectation would be Deadpool’s demise occurs, yet this series has a way of subverting expectation. As he did with Institutionalized, Way tones down the wackiness to supply a densely plotted opening sequence in which Deadpool sets assorted powerful forces against each other. It can be claimed this is a narrative convenience as Deadpool has been established as a spur of the moment man, but Way has laid his background over the previous books. X Marks the Spot is an example of Wade Wilson displaying previously unconsidered talent for rolling out a plan.

Five chapters of plot and counter-plot involve Deadpool’s X-Force colleagues, and villains Daken, Kingpin, Tombstone and Typhoid Mary, but the most pivotal character is Hydra Bob, still joke material, but overlaid with a little more depth. Carlo Barberi’s familiar art opens the book, but the remainder of this sequence is drawn by Alé Garza, who’s from the school of cartooning where head and body shots along with the occasional sketchy background are almost all that’s required to tell a story. It makes for boring-looking pages.

A serum plays a part in restoring an aspect of Wade Wilson long unseen. “I can’t believe how much I suck at this”, Deadpool claims while shaving, “I wanna do something I’m good at instead. Shooting… Stabbing… you know, killing in general”. It’s a brand new day, and a brand new artist and we’re back to the wackiness. The Trapster proves more troublesome than planned, and Shawn Crystal is infuriating. On some pages he conjures up the spirit of Will Eisner with a detailed montage sequence involving Taskmaster with Deadpool and on others it’s angular distortions and no backgrounds.

The best artist in the book, Salva Espin, is unfortunately allocated the weakest written sequence. Deadpool now has a major kink in his armour, it’s circulating, and a series of old foes seek to exploit it. There’s a good fart gag, which we should all appreciate, but not much else of note. Sadly that also applies to the final sequence, with Garza back delivering dull art, where the previous plot is almost re-run, although to marginally improved effect. After several years of good plots it gives the impression that Way just ran out of ideas. Perhaps Marvel had also run out of faith as well, since the final chapter is pretty well the worst art of the entire series, with Filipe Andrade committing crimes against anatomy.