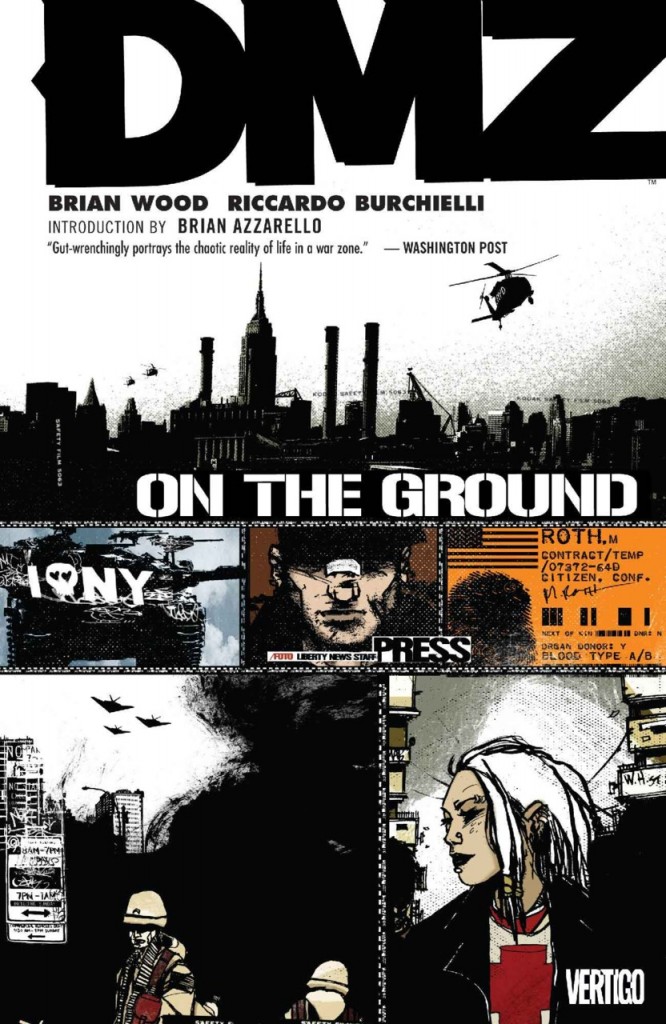 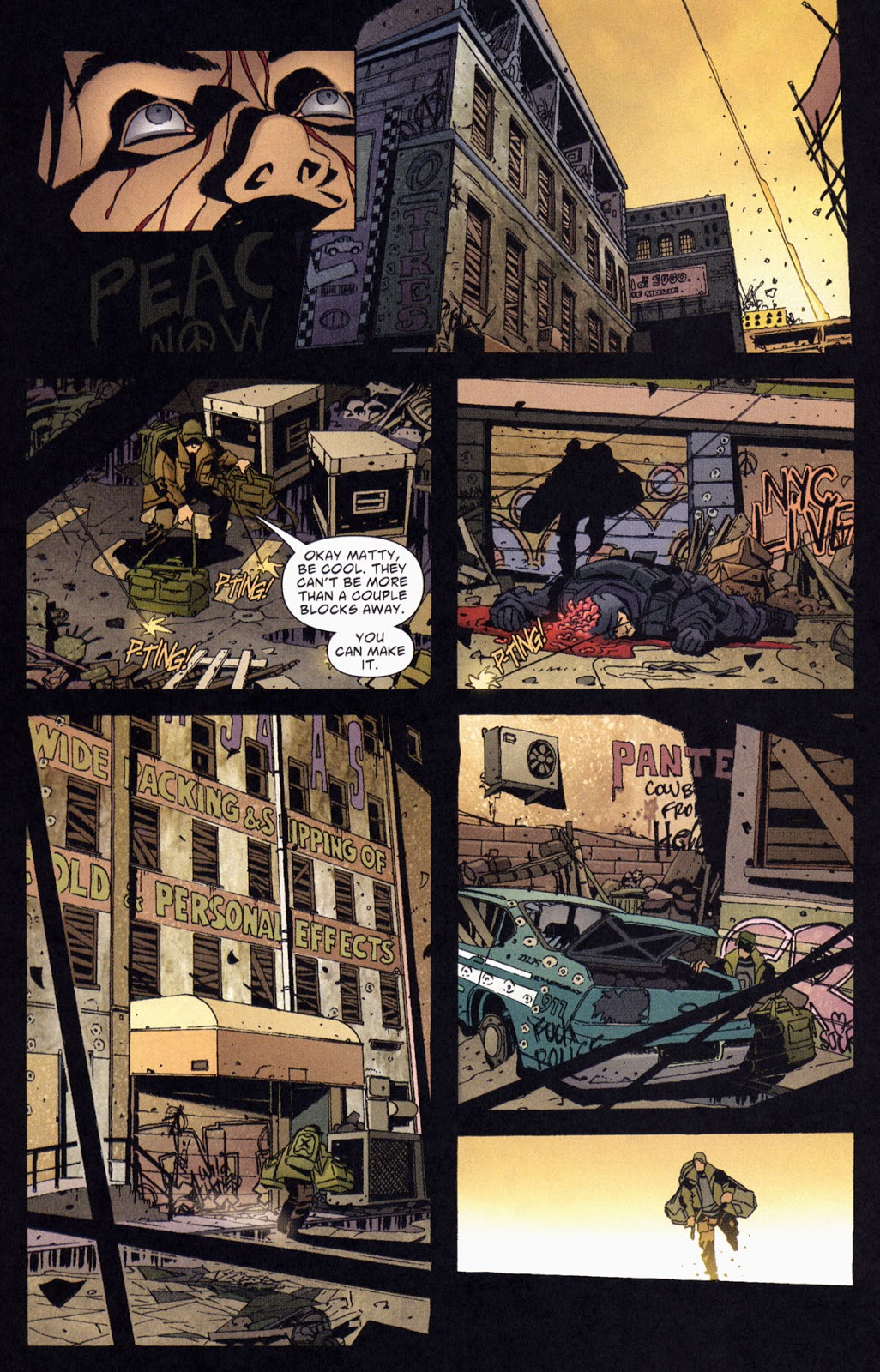 The DMZ or De-Militarized Zone, is effectively the island of Manhattan, the buffer between an area known as the Free States and what remains of the USA The civil war that led to the situation is referred to in passing throughout the series, but it’s less the bigger picture than the microcosm that interests writer Brian Wood. Isolated by both sides in the conflict, those that remained in Manhattan after evacuation were the destitute and the bloody minded.

The opening segment tips the hat to Escape From New York. Wannabe photographer Matty Roth has daddy pull strings so he can accompany a VIP into Manhattan. Only Matty survives the experience and then witnesses first hand what his contacts mean by securing the crash site. The reader’s way into the situation, Roth receives a crash course on how life is, discovering his propaganda fuelled impressions don’t match reality, and he ends up staying to feed on location news reports.

Riccardo Burchielli’s grubby artwork is a fine match for the scripts, his jagged characters inhabiting a fractured and disintegrating world. Not so successful are the segments produced by Wood, and representing news report footage. Computer manipulation and incorporation of photographs doesn’t conceal a less accomplished artist, and these would very quickly be dropped.

Just when you figure you’ve got a handle on the series as a journalist being Wood’s entry into war comics, he surprises. Roth is a journalist and the series is as much about Manhattan as Roth. Two separate chapters show how Central Park Zoo has survived the conflict and the consequences of losing his press pass and press jacket.

Complaints accrued from those who’d prefer more background rather than the story they got, but a more valid criticism is that even after five chapters there’s a repetitive experience in seeing Roth yet again stumble into danger and have his fat pulled out of the fire by a friendly native. With the awkward teething problems out of the way, though, DMZ improves over following volumes as Wood uses his backdrop for more adventurous material. It continues with Body of a Journalist. Both this and that are collected in the hardback DMZ Deluxe Edition book one. 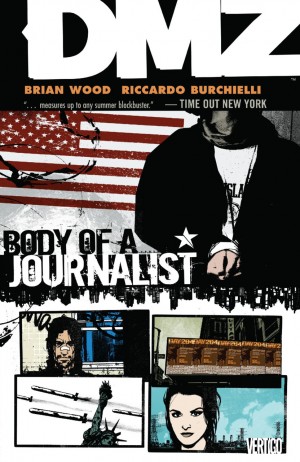 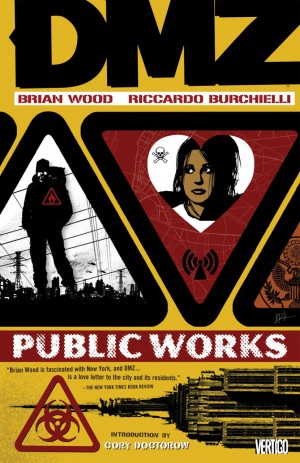 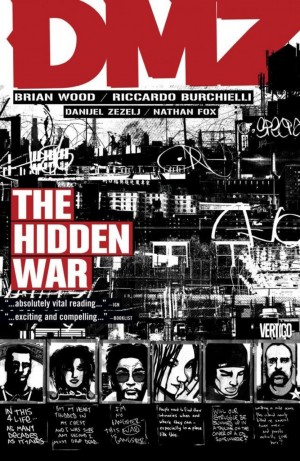