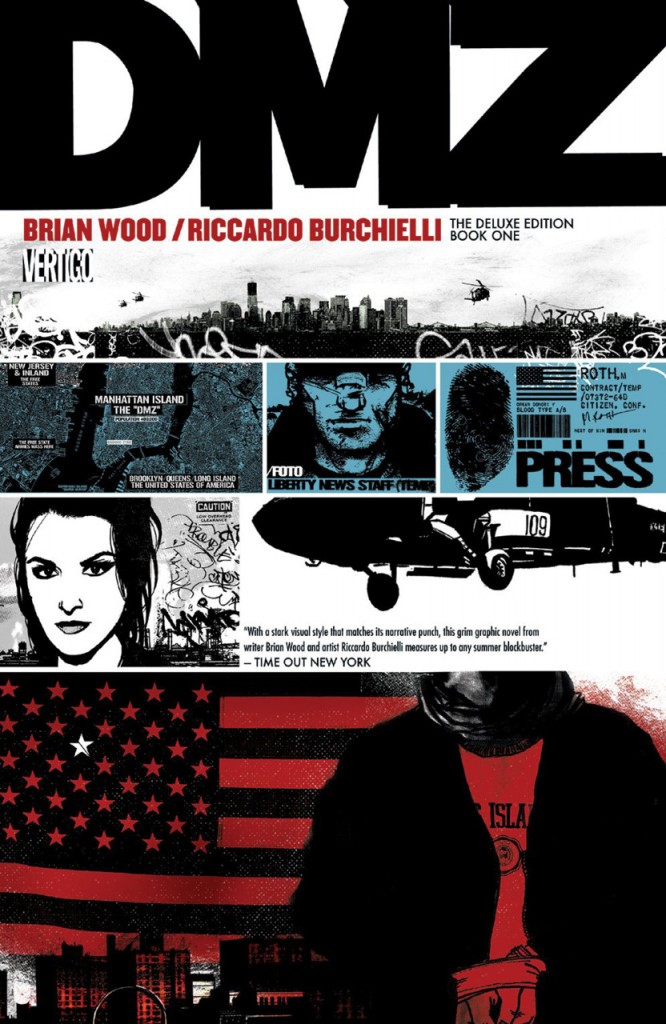 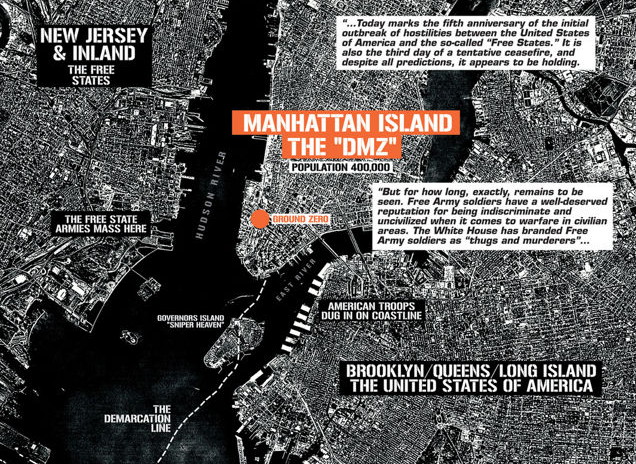 This is the first of a proposed five hardbacks collecting the entire DMZ series. It gathers material previously available in paperbacks On the Ground and Body of a Journalist, charting both the progress of journalist Matty Roth and writer Brian Wood. Wood begins with an interesting idea: that civil war has split the USA and Manhattan island is the buffer zone between the opposing forces. Wood, though, is more interested in the underview than the overview. A later chapter here, ‘Zee’, provides background information on how the conflict grew and it’s initial impact on Manhattan, but it’s the microcosm of the island that Wood explores.

The readers eyes are shared with Roth, son of a TV executive who’s helicoptered into Manhattan to accompany the Nobel Prize winning Viktor Ferguson, complete arse. The situation immediately fouls up, and Roth is left stranded with the station’s equipment. He discovers day to day life in Manhattan, the DMZ, is at variance with the propaganda he’s absorbed, and begins delivering on the ground segments for broadcast.

Over the course of the book, noted as roughly a year, Roth grows as both a journalist and a resident, becoming more savvy overall. Initially scared out of his wits, a growing appreciation of his work permits him access eluding others, and he’s also aware enough to question the sudden generosity of his network employers, although couldn’t have foreseen the situation that develops in this book’s strongest story ‘Body of a Journalist’. Wood had dropped early into a repetitive pattern and until that point the series appeared to be going nowhere.

Wood initially contributed pages of art as well, but these diminish as the book progresses, which is just as well because Riccardo Burchielli is the man for the job of depicting the perma-tagged urban decay and danger that haunts Roth’s steps. His spiky characters and grubby locales rapidly characterise the series, and this hardback includes a phenomenal sketch and interview section.

The longer stories are split by self-contained chapters. Wood’s still finding his way, and they lack the passion of the longer story arcs, a problem never really solved throughout the run, although the magazine format of Roth’s guide to Manhattan and its inhabitants offers a few hints as to future stories. 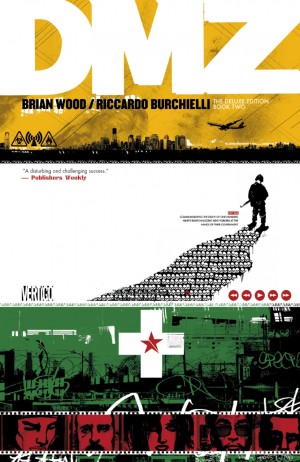 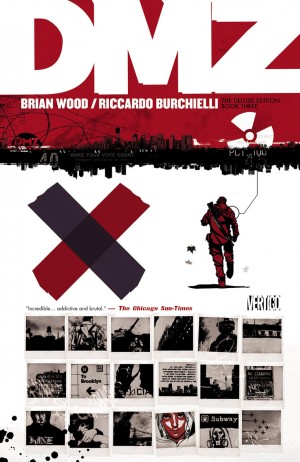 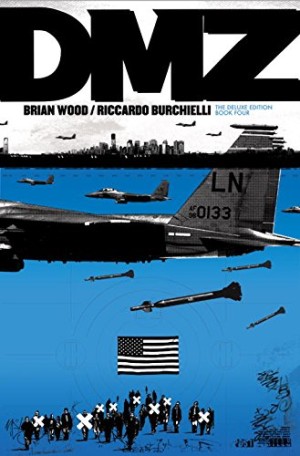 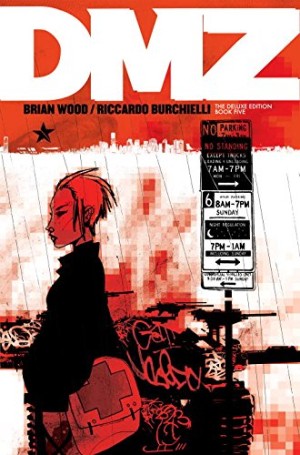