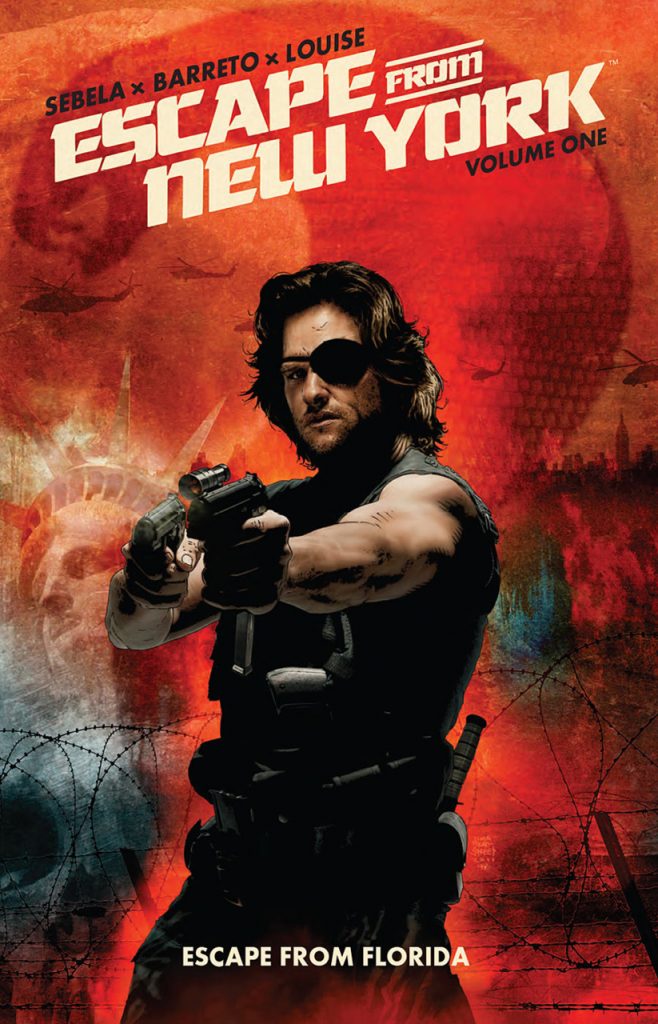 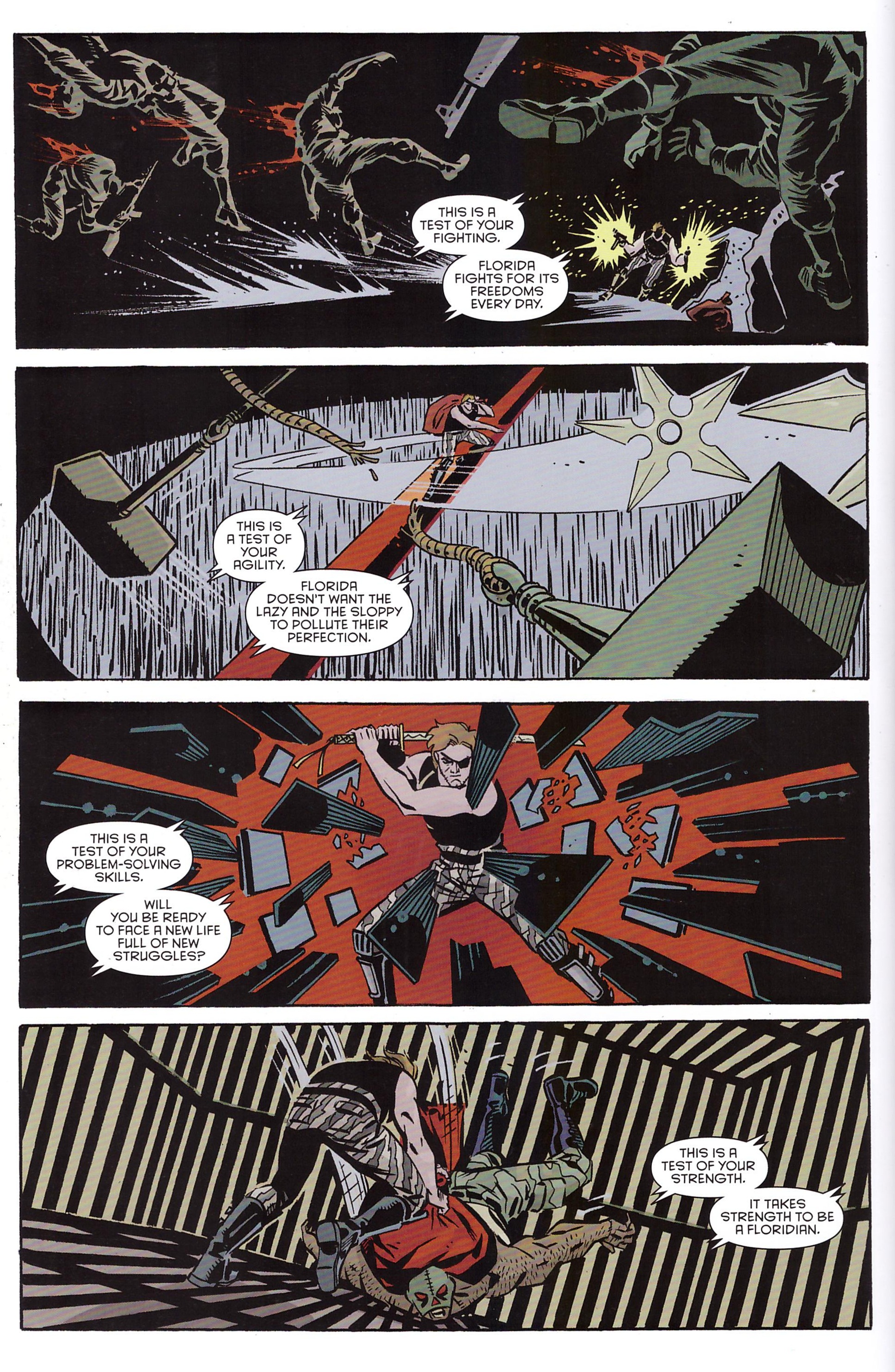 In the classic adventure film Escape From New York John Carpenter had his criminal Snake Plissken dropped into the Manhattan of the future, a walled-off prison colony, to rescue the President, whose helicopter had crashed there. Years later, a second not quite as thrilling movie had Snake in LA. Over the course of four graphic novels Snake returns to escape from various other places, beginning with Florida.

Christopher Sebela wisely picks up at the point the first movie finishes, with Plissken switching tapes. His Presidential pardon is immediately revoked, and Snake is again public enemy number one. Despite misgivings, his best bet is to head for Florida where a pair of twins have taken control, declared a free state and held off the US army along the border via some missiles acquired from Cuba.

Escape From Florida turns out to be a creative clash. Sebela does his best, creating interesting scenarios with Snake forever the offensive, but capable loner, capturing his surly character and terse dialogue well. He also comes up with assorted fearful lawless communities, populates them with eccentrics in the manner of the film, and delivers clever solutions to problems in a fast moving plot. However, Diego Barreto only ever brings any of it to life in the most basic fashion. Scenes such as Snake going through the Florida immigration process in the sample art or Snake taking on an alligator cry out for greater visual imagination, and that’s a theme throughout, with Barreto always opting for the simplest storytelling, so nothing has style or vibrancy. He drags everything down to turgid.

Snake is thrown from one danger to the next all the way to a cliffhanger ending leading to Escape From Siberia. If you can put up with the art, this is a lot of fun and true to the spirit of the first movie. If you demand higher standards from your artists this isn’t the series for you. 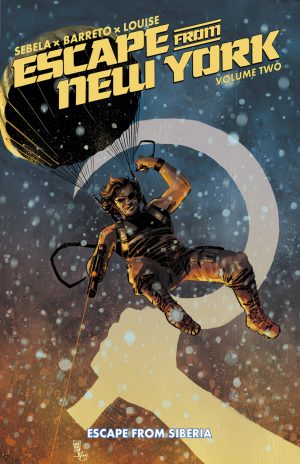 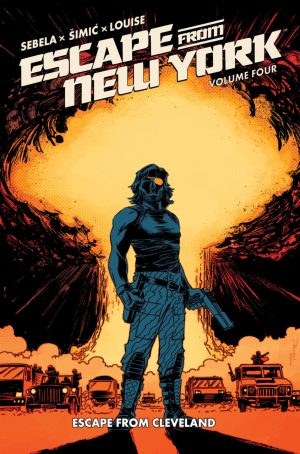