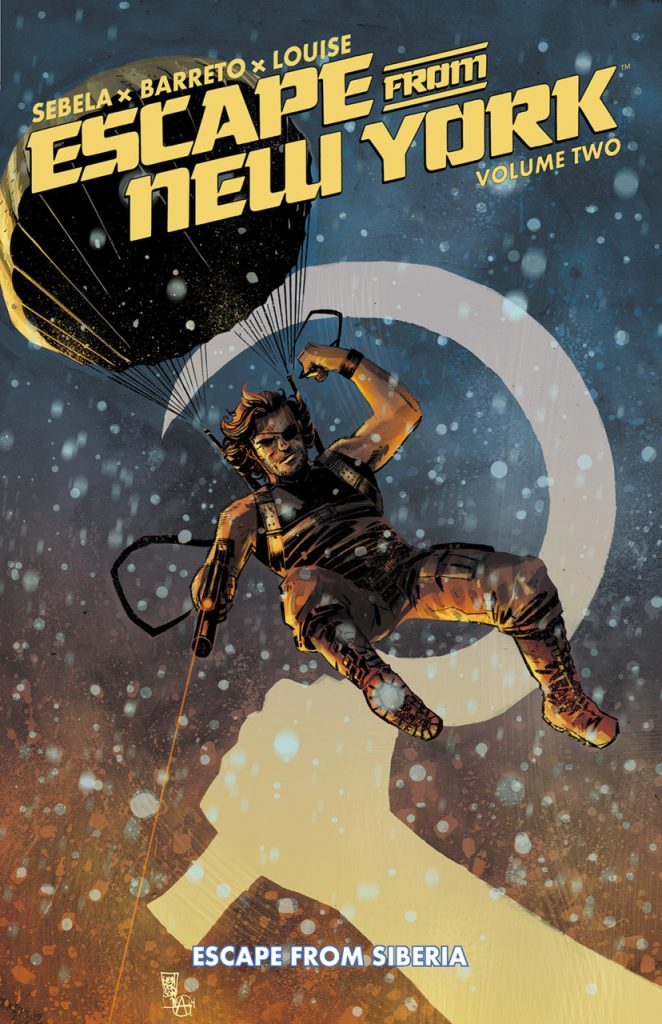 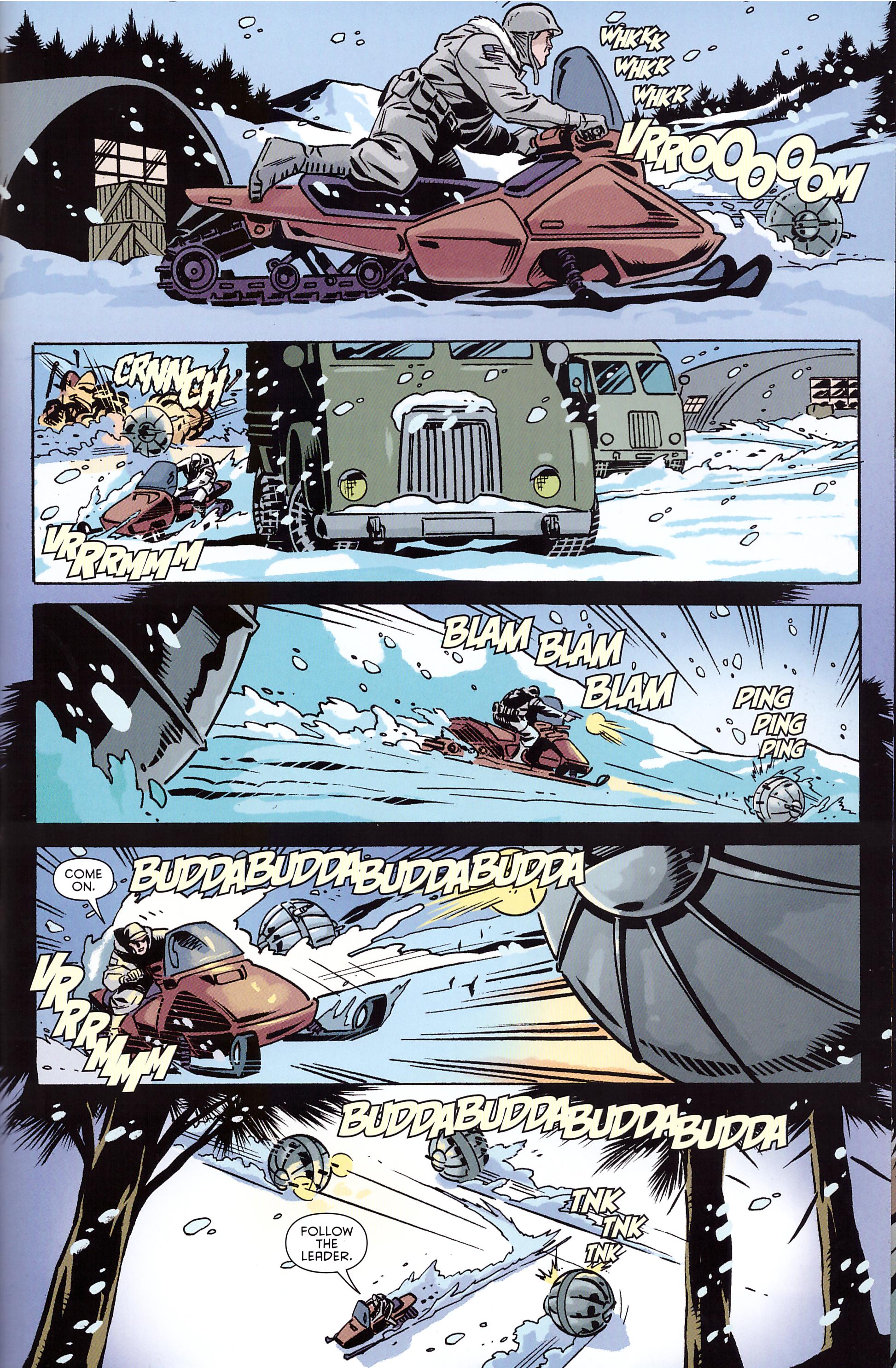 Escape From Florida ended with Snake Plissken paying for sins past by being pitched unceremoniously from a plane with his hands cuffed behind his back. Even for someone with Snake’s amazing survival record it’s a big ask to survive that. What wasn’t clear from the end of the previous graphic novel was that Snake’s assailants weren’t cold blooded killers, as they did strap a parachute on him. Now, if only he can use those handcuffed hands to pull the cord. Yes, it all goes a bit James Bond to begin Escape From Siberia. It continues that way for a while also, with Snake among American troops fighting there, and Sebela introducing the toys of future warfare makes it more so.

Once again, the spark and imagination of Sebela’s fast paced script is reduced by Diego Barreto’s art. Over the first couple of chapters he’s better with the basic storytelling than previously, but that slackens off as the story continues, and with the way Barreto draws the technology, all too often Snake might as well be operating in the 1950s instead of the future. His design for the major villain of the piece isn’t great either, a sort of shambling cactus the best he could come up with.

During Escape From Florida Sebela provided regular updates regarding how political power struggles were playing out, both in the USA and globally, and a change of president seems to have made little difference. Russia and China still have the upper hand, but the small band of troops Snake allies with in Siberia think they can make that difference. It means the conditions might be frozen, but Escape From Siberia is very much a traditional war comic for much of the time, and that’s no bad thing. The missions are thrilling, Snake’s had experience in Siberia before, and Sebela returns another character from the Escape From New York film, albeit not in a way we’d recognise without being told.

Some scenarios play out predictably, but Sebela generally keeps things fresh enough and moving fast enough to ensure the interest never drops. That’s Barreto’s job, after all. By the end Snake has a definite mission, and that leads into Escape to New York.