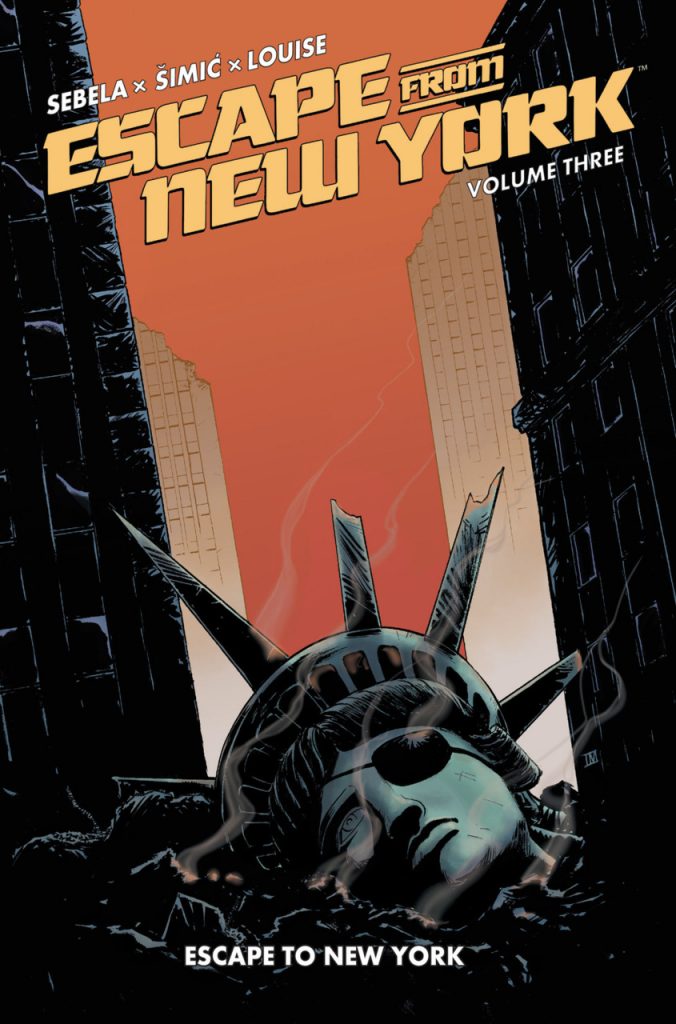 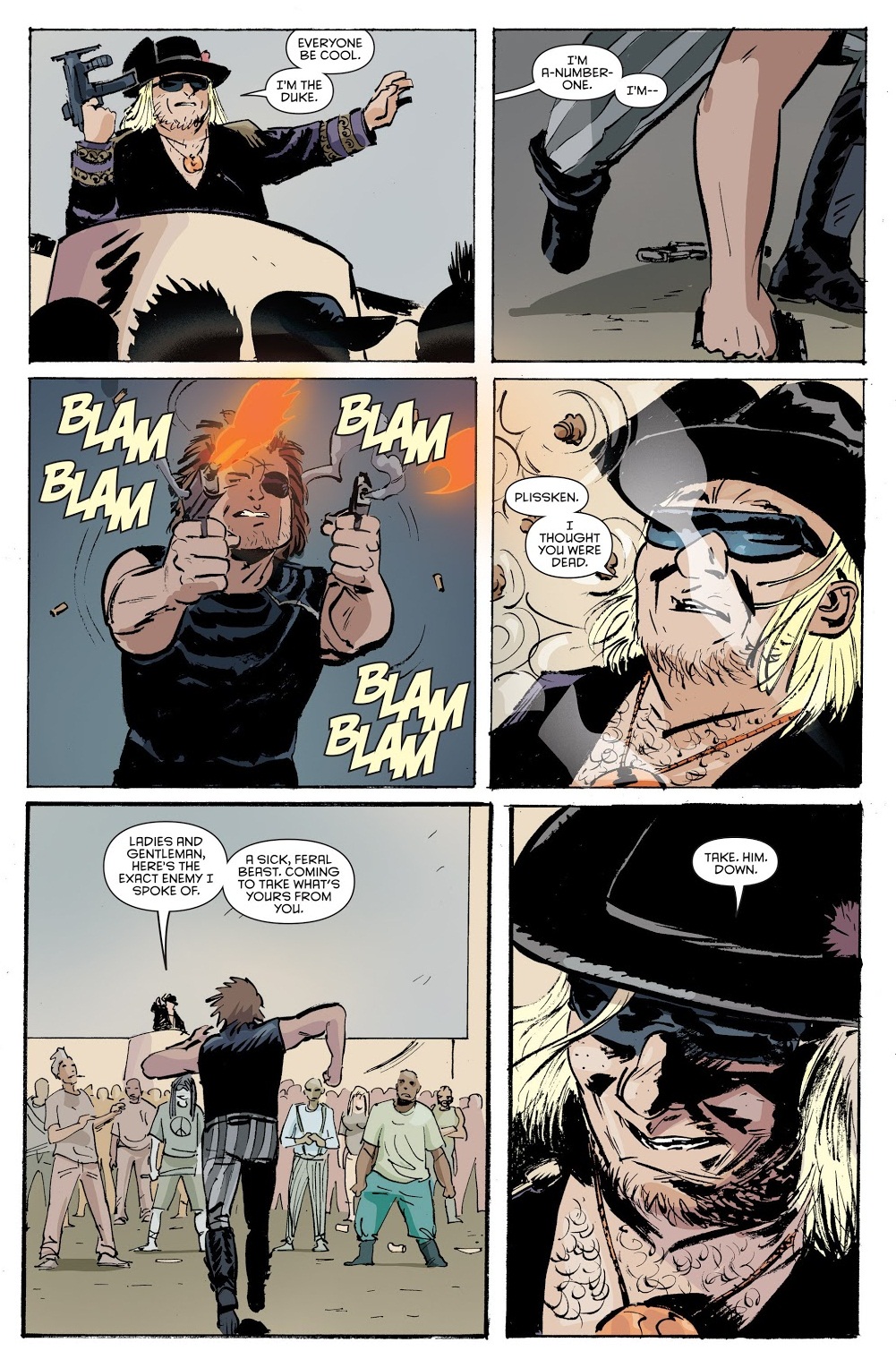 Over the first two volumes of Escape From New York Christopher Sebela’s plots have been held back by pedestrian artwork. Escape to New York welcomes a new artist in Maxim Šimić, and his style takes some getting used to. Once you have, though, the loose cartooning will come to define Snake Plissken’s world.

As the title suggests, Snake once again has to make his way to Manhattan, the island sealed off from the rest of the USA where all dangerous convicted criminals are dumped and left to their own devices. Now among their number is the former President, rescued by Snake in the Escape From New York movie, yet in this continuity back there for crimes committed in office. It may seem in black and white that Sebela is covering old ground, to the point of instituting a new Duke, but he’s creative in establishing new crazies and eccentrics, and the way he has Snake arrive in Manhattan is great, calling out to be seen in a movie sometime. Sebela keeps picking at the original movie, returning people and elements, but twisting them convincingly, and mixing them with his own ideas, all the while running a background of how events tie into the theme of global politics he’s been mentioning since the start of the series.

Šimić’s cartooning becomes noticeably looser as the story continues, and the backgrounds have less definition, but this still betters Diego Barreto’s art on the earlier books. The world remains convincing, and the with Snake back in New York there’s easy access digital reference of a world created by millions of dollars available to the original movie specialists. The finale takes place at the World Trade Center, a nice way of distancing Snake’s future from our own, and quite daring in its own way. Not everyone will approve.

The finale is suitably excessive, and the one point where credulity is stretched almost to breaking point, but just like he did in the previous books, Sebela maintains a breakneck pace and constantly introduces viable ideas and twists. This time, though, he’s paired with a more imaginative artist and Escape to New York is the best of the run. There’s one more chapter to go, though, Escape From Cleveland.