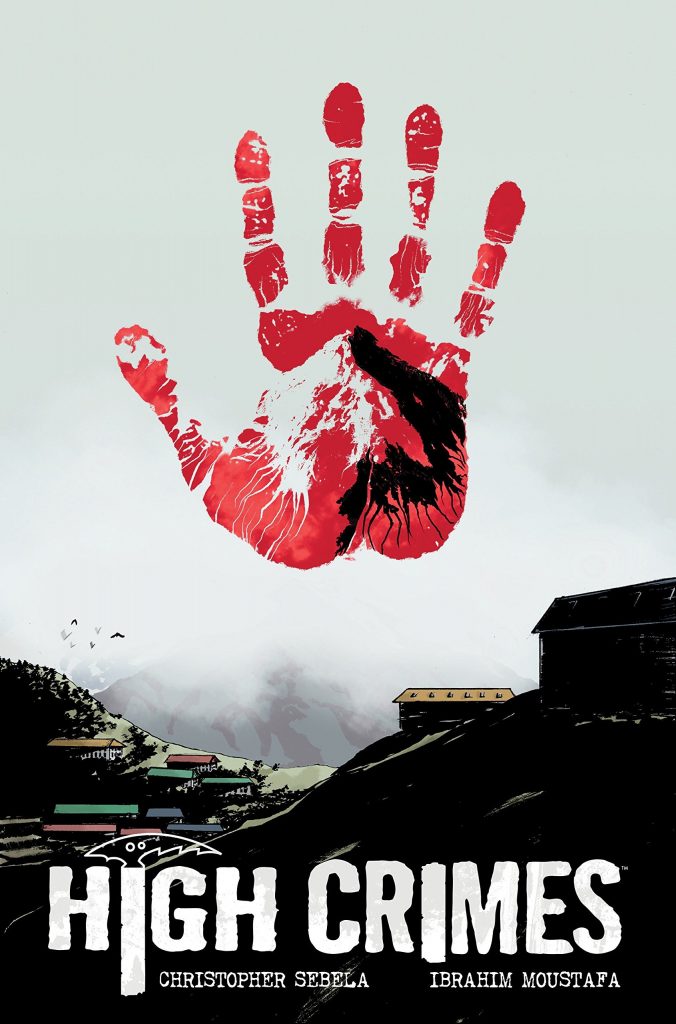 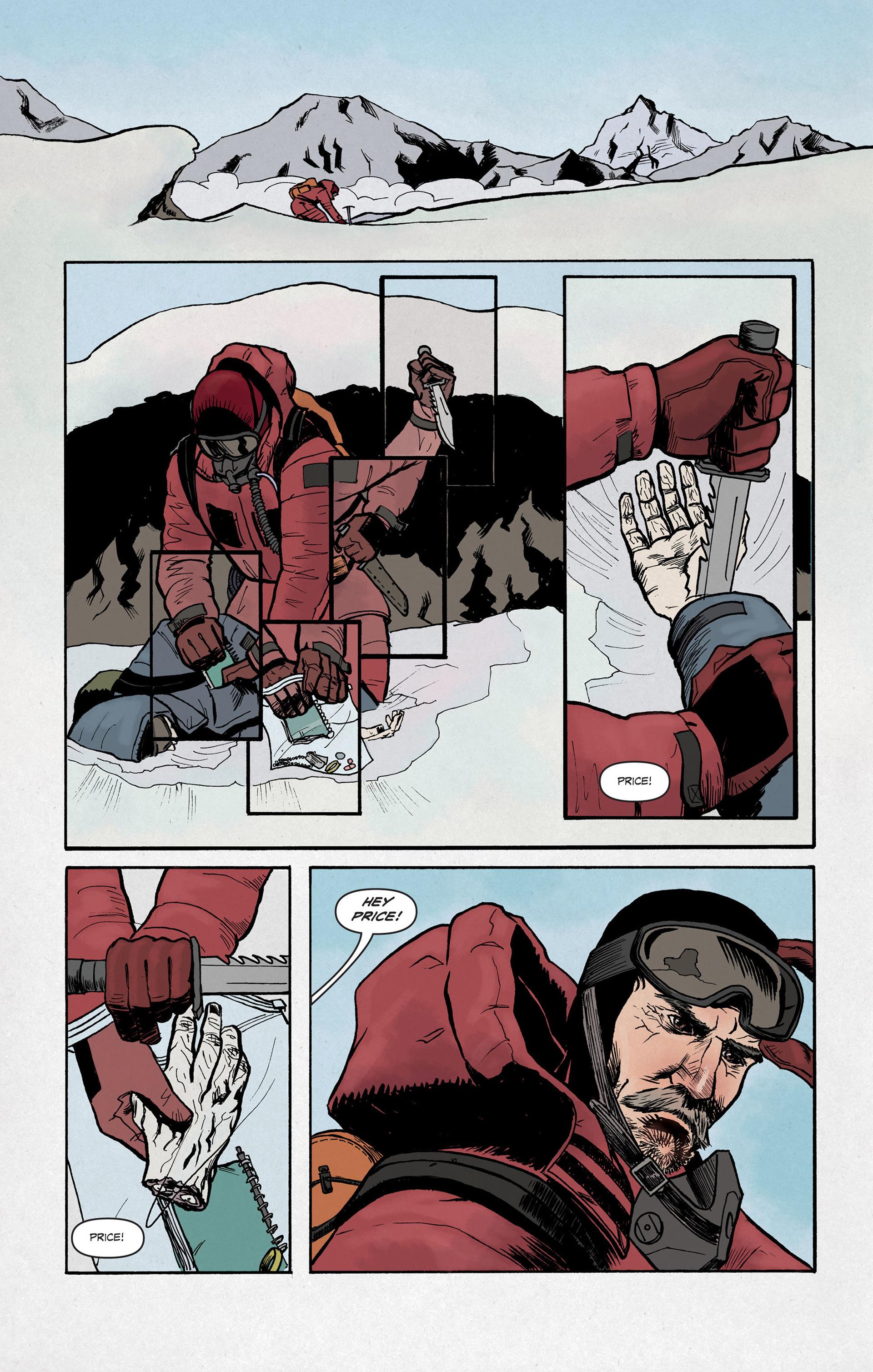 Ever since she screwed up her professional snowboarding career Suzanne has been running. She’s ended up in Nepal, partner to a guy named Haskell who scours the Himalayan mountains for bodies of the disappeared, tracing who they might be, and tracking relatives down who’ll pay for the information. One day Haskell comes down from Everest with microfilms attached to a dead person’s hand, and Suzanne takes a look at them. Some extremely unpleasant and dangerous men have been looking for that corpse and that information. What Suzanne has in her favour is that she’s good at running away.

Suzanne’s narrative and the present day alternate with the recollections of Sullivan Mars and the terrible things he did in the past on behalf of those whose job is allegedly to keep the world safe. It’s an effective mix because it’s a complete contrast. They’re merged with the gradual revelations of Suzanne’s past, which isn’t as necessary. Christopher Sebela’s research on the climbing of the world’s highest mountain is in-depth and fascinating. The perception that reaching the summit of Everest is just another number on the bucket list these days is about as far from the truth as is possible. What Sebela sets up is people with no experience of crime and assassination, but exceptional knowledge of their surroundings, trapped on the mountain with half a dozen stone killers. From the start he works in forms of deception, with the shocking sample page actually the second in the story, inviting judgement.

Ibrahim Moustafa is an equal partner in crime. Given the setting, there’s no point in drawing generic backgrounds and hoping it’ll work. The characters have to be immersed in their surroundings. Moustafa manages that, and because the cast is small it’s also more important than usual to know what they feel. Moustafa’s strong on posture and expression, so even we can see the doubts, when the expression might not match the dialogue.

As effective as the set up is, Sebela drags High Crimes on too long without enough variation. The isolation of the setting is both attraction and curse, preventing a cast of any substance, and beyond a certain point the glimpses into the past are no longer telling us anything we don’t know or couldn’t have guessed. Mars’ also become repetitive, replaying roughly the same scenario. The ending’s not a crowd pleaser either. Sebela drops hints all along, very convincingly in hindsight, leading to a conclusion that also replays a scenario, but which might not provide the closure expected. Better writers can always confound their readers, yet in this case there’d have been something to be said for an ending that’s not as clever.

There’s a lot to enjoy in High Crimes, but it’s flawed ejnoyment. Unusually, Dark Horse published the hardcover edition in 2015, but the 2019 paperback is solicited from Image.