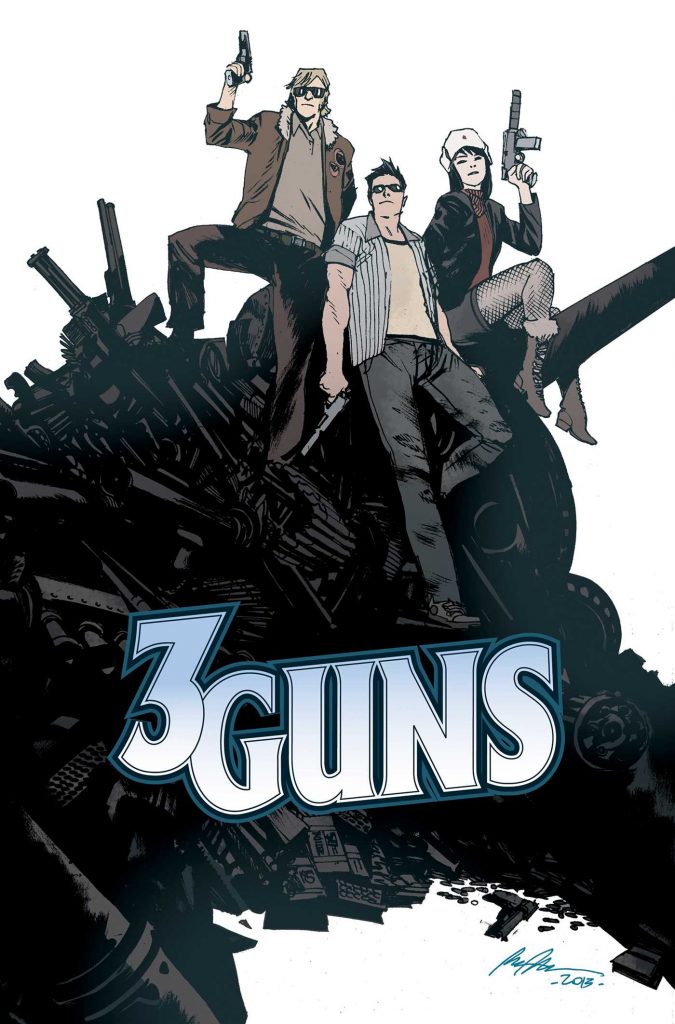 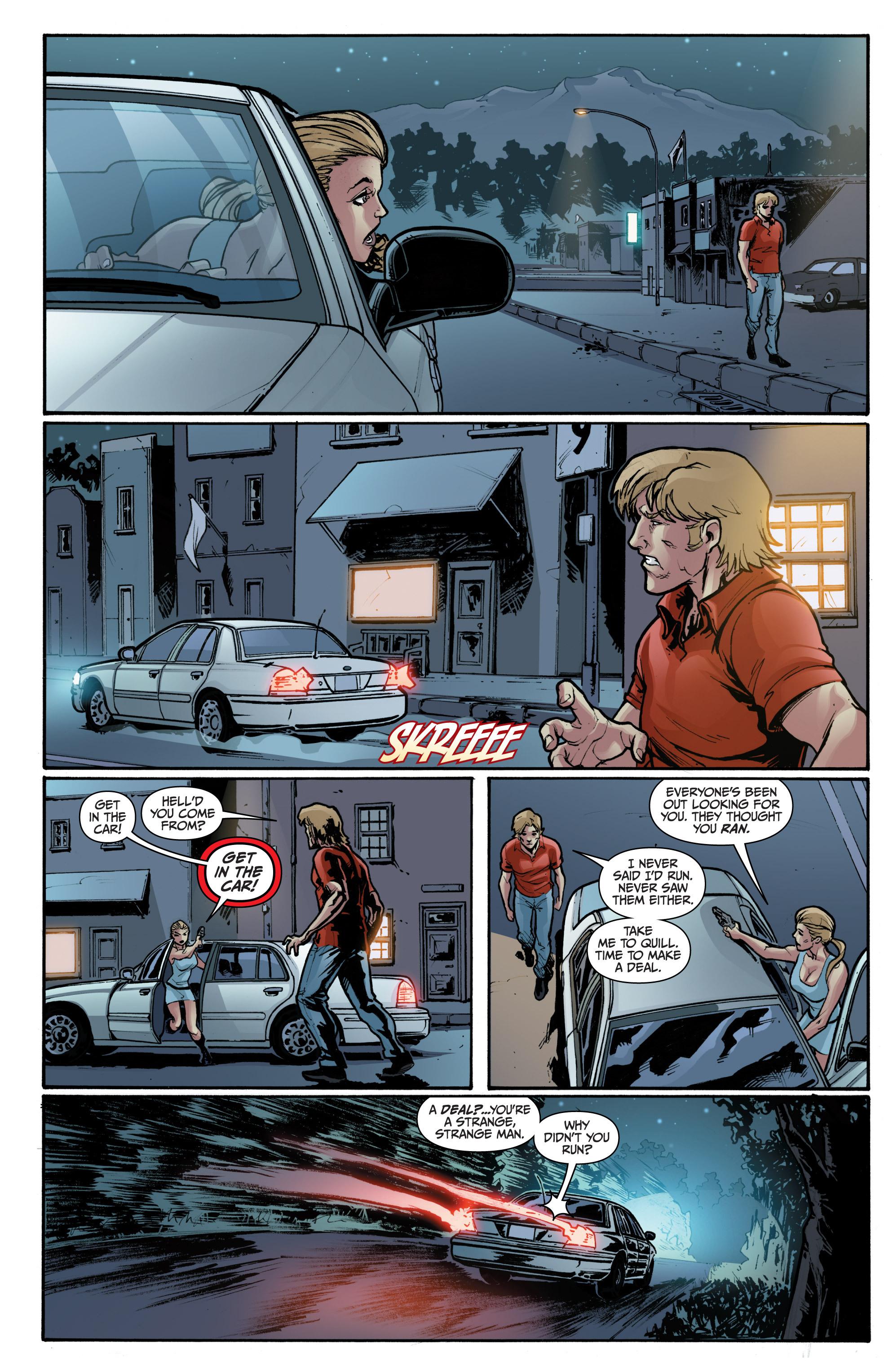 Don’t want some secrets blown before you read 2 Guns? Don’t read beyond the second paragraph. What you need to know is that it’s an enjoyable, but flawed criminal caper plot on Steven Grant’s part, let down by the art.

That’s immediately improved here. Emilio Laiso isn’t shy of the work involved in drawing the background details to provide convincing locations, which also means that he pulls the viewpoints further out. His style isn’t too far removed from the cartoon naturalism of 2 Guns, so there is a visual consistency, and his pages look more interesting as he drops into the flow of the story.

Grant worked himself into a corner with the ending to 2 Guns, presumably never expecting to return to the cast and their problems again, but works his way out again very neatly. Bobby Trench was a DEA agent before being played good and proper in 2 Guns. He escaped from what appeared to be almost certain death, but anyone who could prove he wasn’t corrupt died. Left in a similar situation was former naval officer Mike Stigman, who’s now been employed by Russian gun runner Ckota. This is a problem for Trench, who’s blackmailed into working for the man the guns are being shipped to, Louis Quill, an American isolationist with a large militia following. As with the first meeting of Bobby and Mike, Grant supplies a very cinematic plot with plenty of twists, but at no time is the reader ever certain that either character is absolutely safe or telling the truth. He underlines this in amusing fashion as several chapters end with the lead characters pointing guns at each other.

As previously, the gist of Grant’s plot concerns the fiefdoms operated by the assorted organisations charged with maintaining US security, and how they’re perfectly willing to sanction and commit criminal acts supposedly for the greater good. Their world is so twisted, almost anyone can be convinced of anything, a point Grant makes well around midway. Grant also works better with a supporting cast. They’re all more charismatic than those from 2 Guns, and the addition of Ckota in particular sparks several good moments. He’s characterised as an educated man who enjoys life, yet has an inventive sadistic streak, but isn’t the most interesting person introduced. Revealing who that is and why moves into spoiler territory.

There are enough clever elements to the plot to propel the story over six chapters this time, and enough distractions to conceal a fundamental question we should be asking about one of the characters. And this time the ending’s good. Ten pages from the finish you’ll be wondering how Grant’s going to tie everything up, but he manages it with space for a two page epilogue, which is some achievement. 2 Guns was filmed, but 3 Guns is unquestionably the better graphic novel.