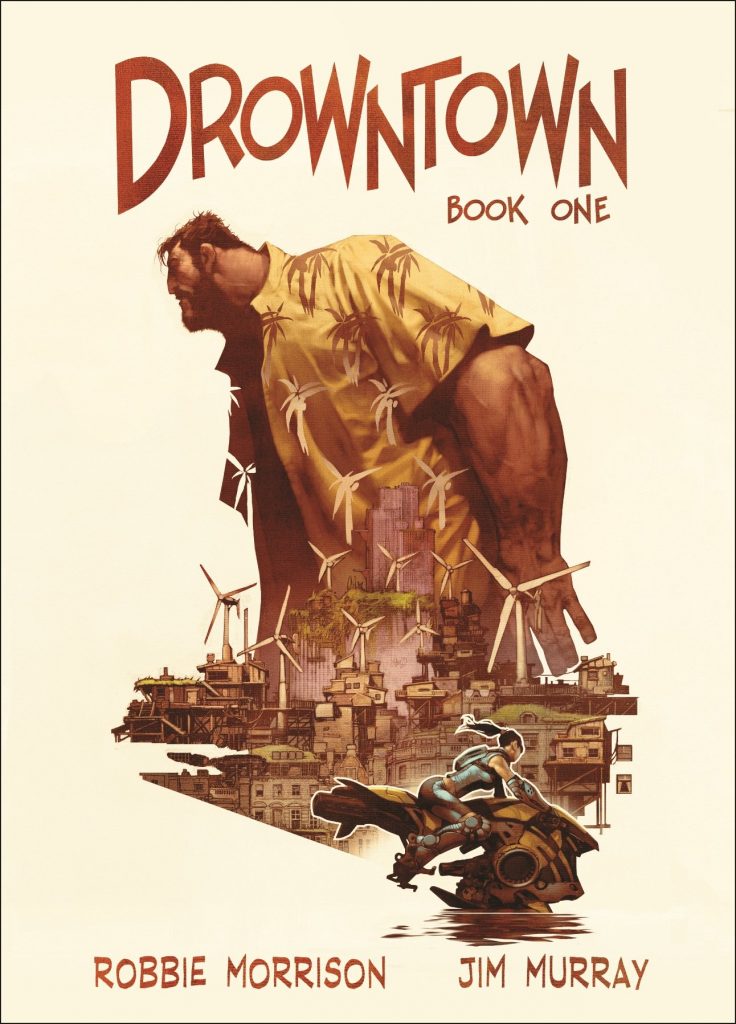 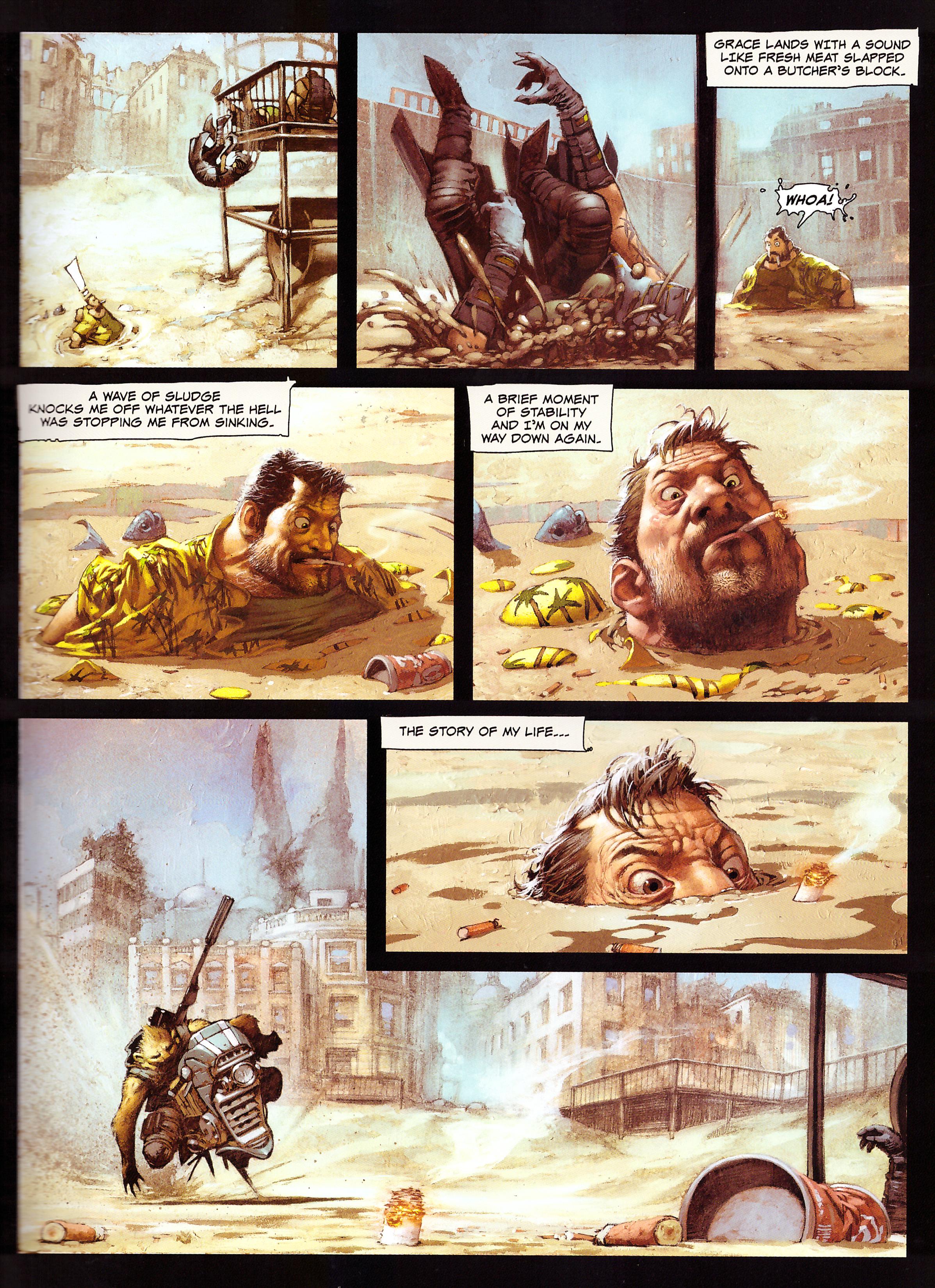 Drowntown sees Robbie Morrison set a variation on the classic five time loser from crime noir fiction into London of the relatively near future, brilliantly realised by Jim Murray. The loser is Leo Noiret, once an investigator for the international criminal court, now hiring out his not inconsiderable bulk as a bodyguard. He operates from a seedy pub in a London that might have some Venetian charm were the canals planned rather than the results of climate change, so will his life take an upturn or sink further when he’s summoned to meet the world’s most influential woman?

Murray really brings Drowntown to cinematic life over page after page of stunning work. You’ll believe genetically modified intelligent apes and rodents exist, and that London is flooded. As an example of the intelligence applied to the design see how the wind turbines merge into the motif on Leo’s shirt. Murray further makes life difficult for himself by having tattooed people, the curse of the usual artist as they require keeping consistent not only from panel to panel, but as the body moves, yet this holds no fear for him. With his bulk, Leo is an imposing creation, slightly resembling John Goodman in an opening illustration, but moving away from that for a distinct visual identity as the story begins.

Leo’s mission proves to be one of discovery, and Morrison alternates chapters set in the present day with those from the past, although in an already flooded London where one Gina is a daring aqua courier. She transports from A to B, aware some items might be less than entirely legal, but within that has her scruples. Also involved are a shady geneticist and the politician in his pocket, assorted results of his tinkering, and several corrupt police. It’s an appealing mixture and well told. You want to know the answers to the questions raised, and there are enough likeable and sympathetic characters to root for.

The creative intention appears to have been a feature that could be sold to European publishers. It looks spectacular, is produced at European album size, and there’s a captivating plot allied with enough eccentricity to the environment and cast to sustain a series. There’s a disappointment on reaching the end to discover that the story is to be concluded in second volume, again a mainstay of the European album market. However, four years on from publication with no conclusion yet announced, Drowntown looks set to remain a superbly drawn curiosity.