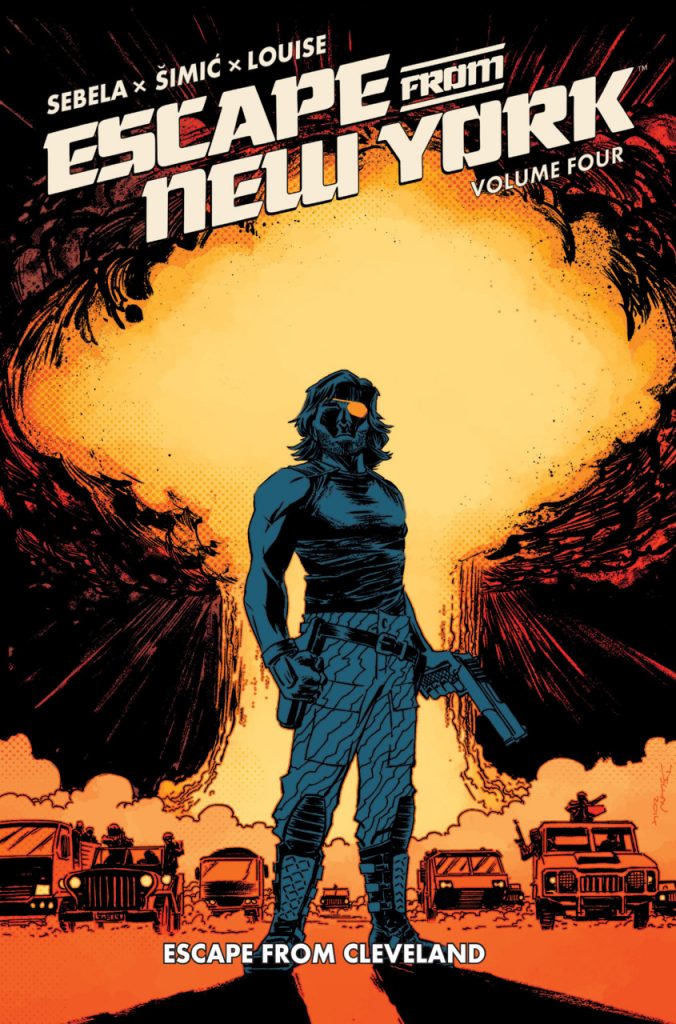 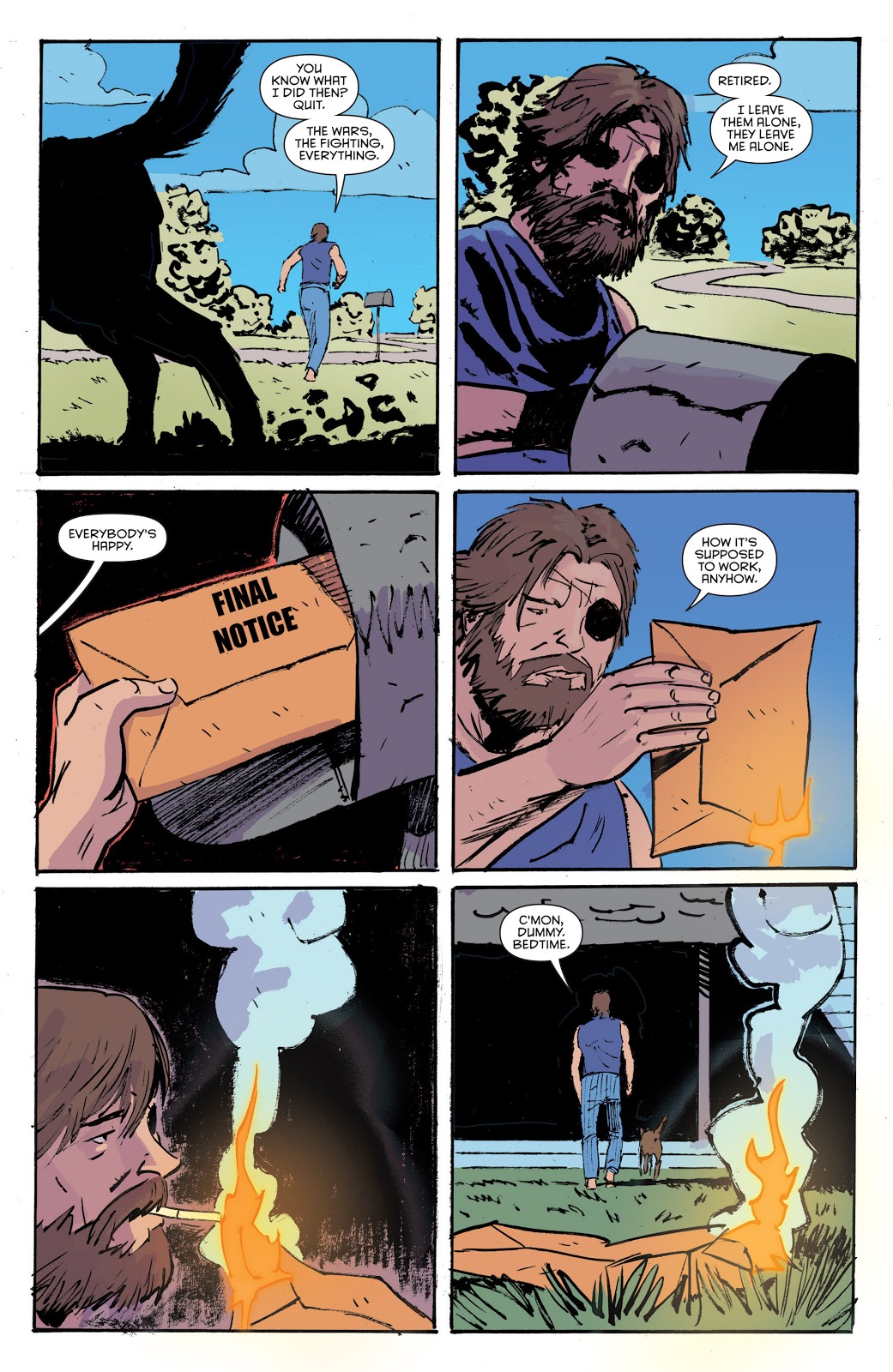 If you chose to view it that way, you could see Christopher Sebela having Snake Plissken walk away from everything at the end of Escape to New York as a close not just to the story told over three graphic novels, but also to events begun in the original movie. He’s done his bit, said his piece and survived numerous events that would have killed others, and now all Snake wants is a quiet life along with his dog. What kind of story would that be?

Fourteen years later a sequence of events sets Snake off again, and he’s lost none of his capacity for creative violence. Escape From Cleveland is more derivative than the previous books, as Sebela’s stringing together scenes we’ve all seen dozens of times in action movies. We have the single man against the state, the heist, the car chase, the old style Western shoot out… No matter how familiar much of this is, at times there’s a real joy about one man taking on the system and giving it to every administrative bully and petty thug out there, but it’s not sustained.

Maxim Šimić isn’t as good as last time round. His rough, chunky Snake still works nicely, and a lot of people with lived in faces populate Snake’s world, but instead of being in a confined area, much of this book takes place is the open, and Šimić doesn’t put the effort into establishing locations and filling them. We see enough vehicles crashing and exploding, but without any wider sense of where they are as backgrounds are sketchy or abstract. The same applies when hundreds of people are required. Šimić makes do with a dozen.

As enjoyable as the first three chapters are, Sebela doesn’t have any great ideas for the finish, and the repetition of the familiar in the final chapter has a ho-hum quality about it. Presumably there’s a limit to the number of times the same writer can inflate events without there being a deflation instead of an explosion, and this time it’s disappointing. This isn’t quite enough to negate the fun beforehand, but perhaps it’s right the series ended here.