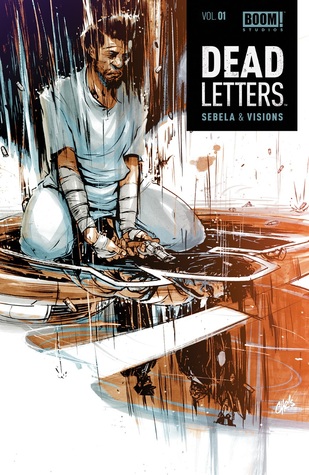 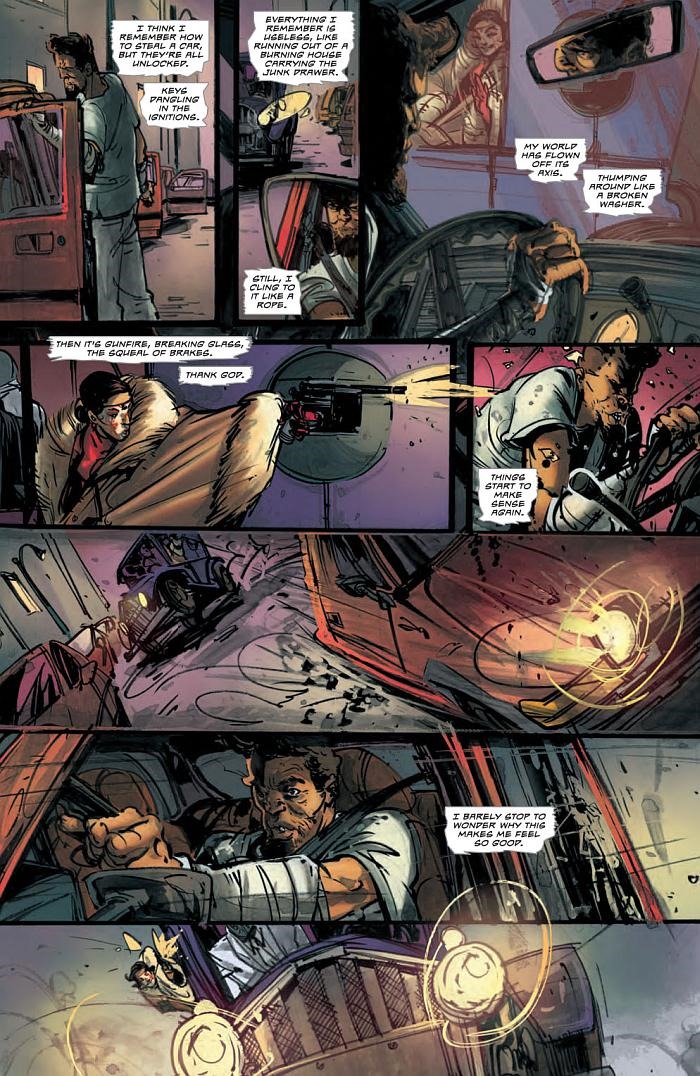 A man wakes up in a motel room with no idea why he’s there or even who he is. Almost immediately he receives a call from someone who refers to him as Sam, and tells him to get out as people trakcing him will be there soon. At this point instinct takes over, and Sam proves very adept at bunking out of the window and stealing a car.

Chris Visions contributes to the reader’s experience of the disorientation Sam feels early on by drawing, crowded, scratchy panels, some from odd angles, which require some focus to figure out what’s being shown on occasion. That style’s deliberate and has a purpose in the greater scheme of things, but that falls into spoiler territory. The problem with the art is that the complicated, fussy style continues for the entire book, and it means the pages looks smeared and messy instead of smoothing the passage of the plot.

After a distinctly odd experience with a man who can’t be killed, Sam meets Maia, and by the end of the opening chapter Maia has filled him in on what’s going on. That’s right, spoiler territory. Suffice to say, Sam’s proved a very capable man in the past, and that makes him a desirable asset. Christopher Sebela has come up with an intriguing background for Sam to operate in, and it’s one best discovered along with Sam. The gist of it is that two warring parties are destroying a city and Sam’s actually well placed to ensure this doesn’t happen. First, though, he has to track a missing person down.

Sebela’s plot interests because Sam, and by extension readers, realise that no-one’s being entirely straight with him, and if he can’t fill in the gaps in what he’s being told it won’t go well for him. Sebela knows what’s going on, and drip feeds it to us and Sam, and the more he learns the more he realises. There’s a solid concept to Dead Letters with a well constructed archetype as the hero, but it’s undermined by scrappy art. Sam’s problems continue in Saints of Nowhere. 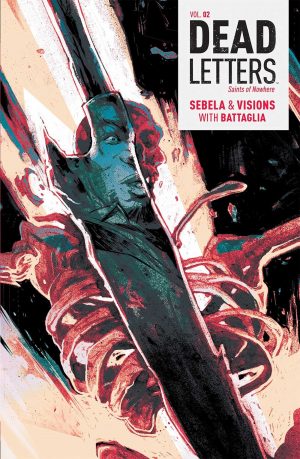 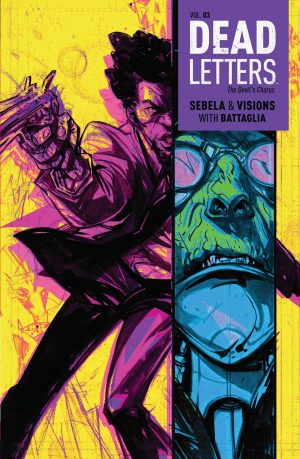