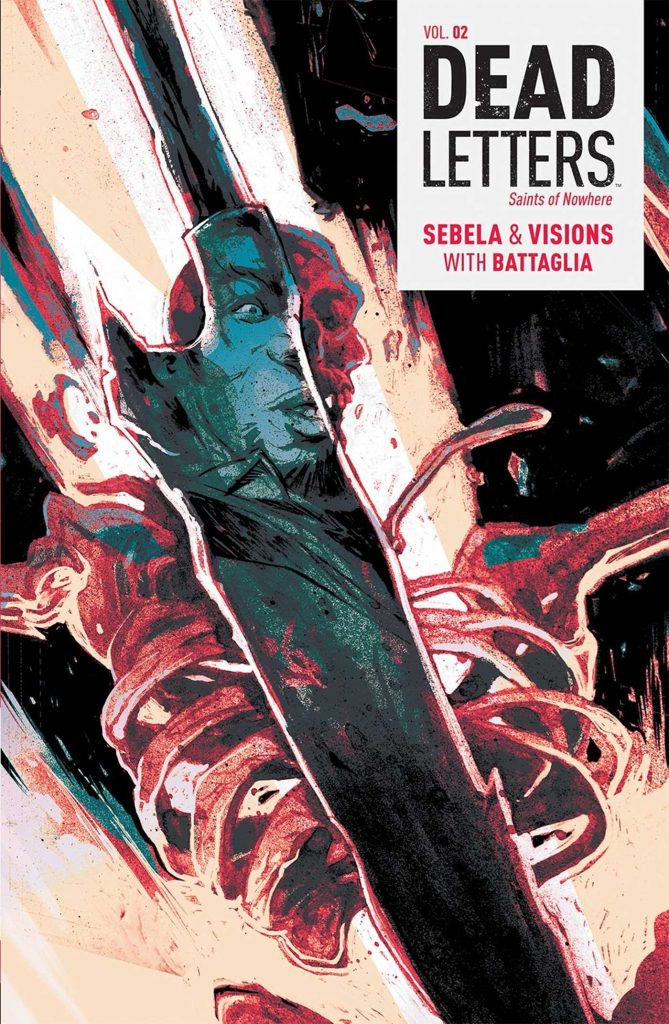 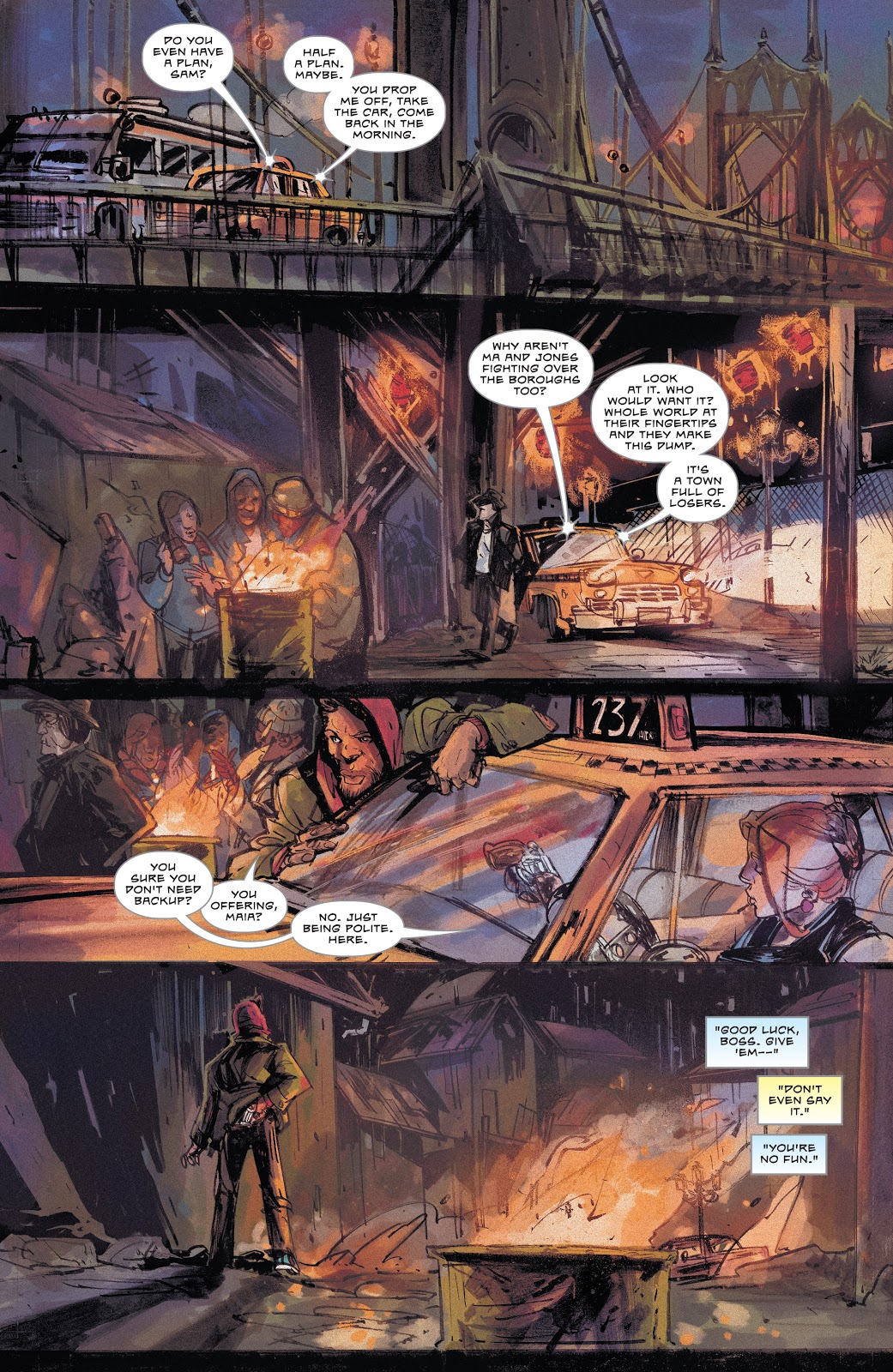 We were led by the hand into Christopher Sebela’s intriguing plot for Existential Visions. If you don’t want to know details hidden as you start that opening volume, don’t read past the second paragraph. Saints of Nowhere is more of the same, with the same strengths and weaknesses.

The primary weakness is artist Chris Visions, whose indistinct and messily composed art draws the spark and intelligence from a good idea. Dead Letters needs clarity and spectacle, but Visions doesn’t provide it. He can draw, but what he draws is fussy and unimaginative, and it’s often difficult to make out what’s going on, not helped by colours that clash from panel to panel.

Our point of sympathy is Sam Whistler, a resourceful man who’s proved himself a step ahead of the gangsters fighting for control of what’s in effect Purgatory, known as Here, a place for dead souls to go about some business while they’re essentially stored. Some believe that God will someday return to sort things out, others operate more viscerally, living their lives as they see fit in what’s a dog eat dog society. Despite being a new arrival, Sam’s wits have served him well, and he now discovers that there are more than two gangs in town, and the person he works for is keen to sort out the Saints of Nowhere. Even the other gangs give them a wide berth, as the masked Saints pursue a fervid form of nihilism and no-one really knows who they are.

Sebela once again sets a good plot in motion, Sam’s knowing narrative captions leading him through, and now realising that an awful lot of people he once knew and who’ve been off his radar for a long time are fellow residents of Here. Sebela runs the sins of the past as a constant background threat and cooks up a killer finale, one he used several years before the Bodyguard TV series ran with the same predicament. It leads to some interesting information. There is a volume three, The Devil’s Chorus, but Sam’s not in the title, so will he survive to be part of it?