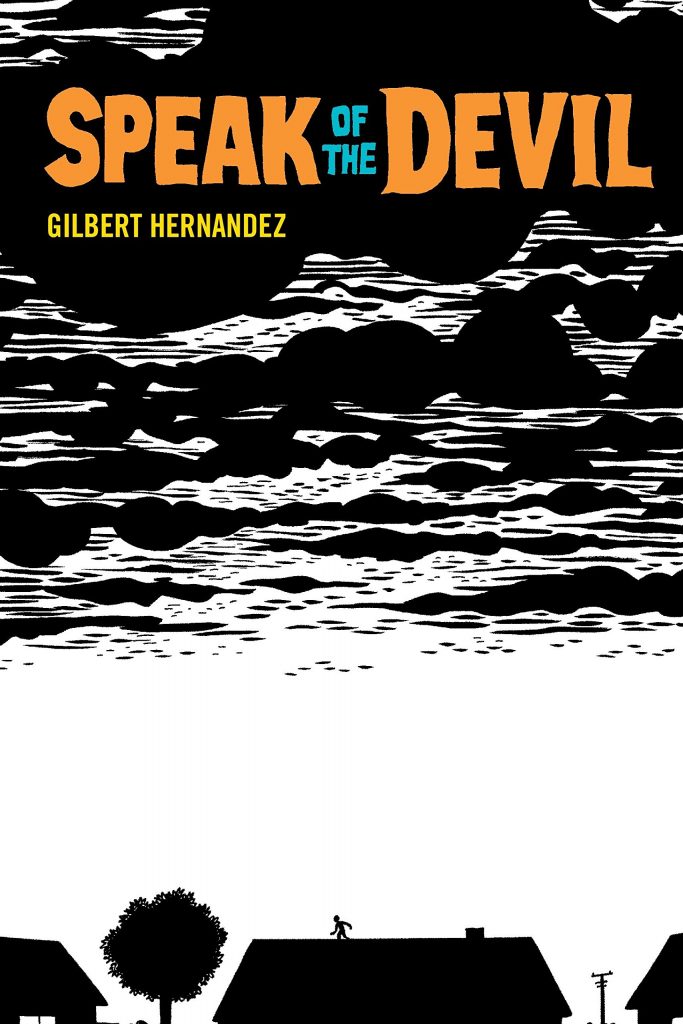 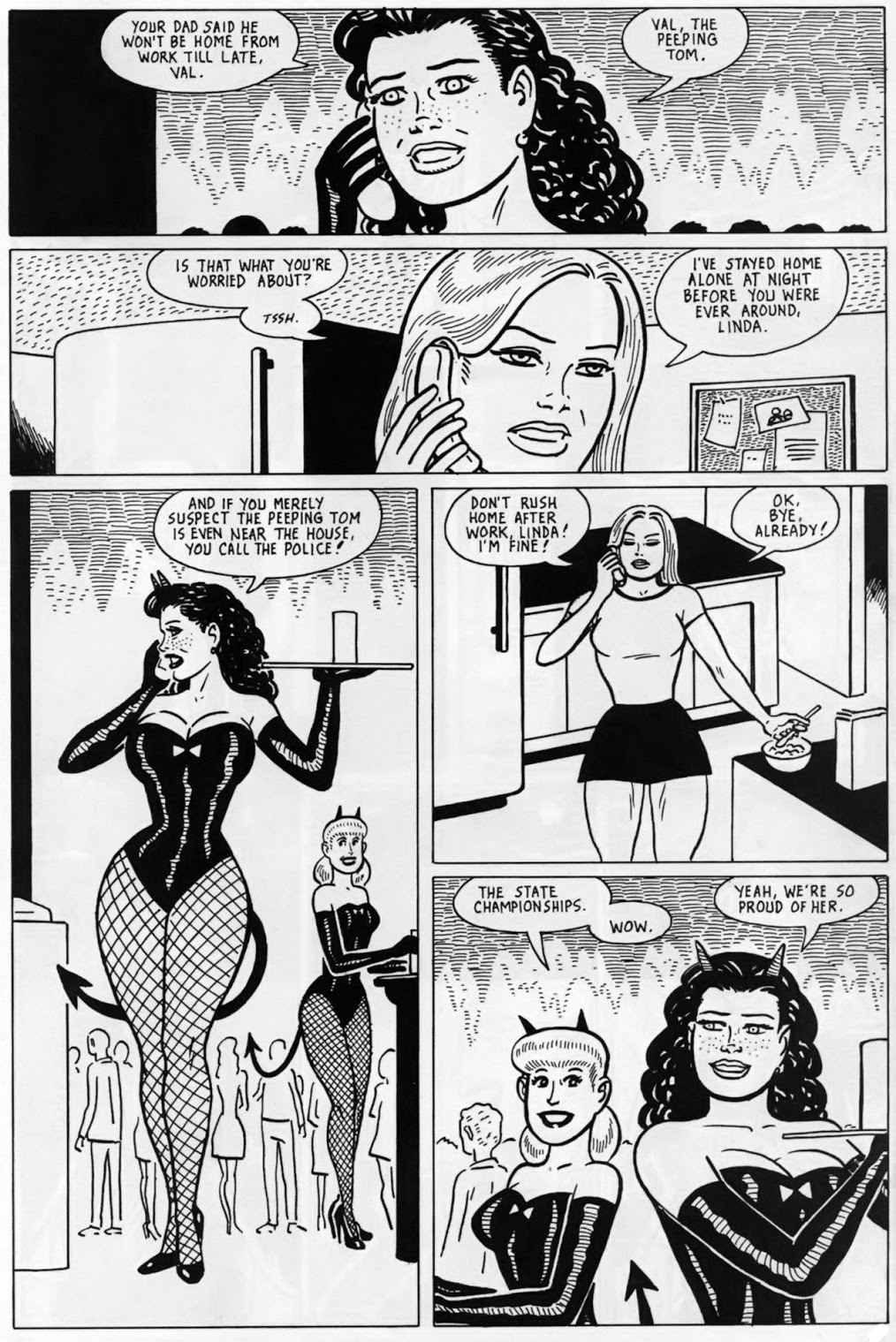 Val Castillo is a promising high school gymnast who uses her talents at night for a sideline of being the neighbourhood peeping tom, looking through house windows and scaring the town’s inhabitants with a devil mask. Val has an awkward relationship with her stepmother Linda, and frequently peers in on her at her night, but with diminishing returns after Linda first sees her disguise. Val also resents her father, frequently absent for a job that takes him out of town, and her would-be boyfriend Paul, curiously unable to consummate their relationship despite an attraction.

Related to Hernandez’s wider work, Speak of the Devil can be taken on two levels. At face value it’s the violent transformational story, but Hernandez plays with metatextual elements, with one of his regular repertoire characters established as an actress in strange crime and horror dramas. So, because we see Fritzi Martinez playing the part of Linda, Hernandez intends Speak of the Devil to be another of his graphic novel exploitation movie ‘adaptations’. It’s important to know all the sloppiness of a B-movie rushing toward the set pieces is intended, because otherwise the mood diminishes, while the sometimes flawed logic and staged settings reduce the effectiveness. It’s clever, but also alienating to anyone who won’t be able to see past the lack of logic in some interactions and the exploitative illustration.

That illustration is superb. Hernandez always deals in strong individual images, and the themes in play, the obsessions of the cast, and the B-movie textures provide one arresting visual sequence after another. Even the relatively mundane passages presenting Val’s day to day life have an arresting quality due to her enthusiasm for gymnastics.

Accepting the cheap movie inconsistencies such as most of the gymnasts having builds more resembling Russ Meyer’s extras, and the amount of spare time Val seems to have for a state level gymnastic competitor, Speak of the Devil runs along nicely and poses questions. In symbolic terms masks liberate, and in so many superhero comics concealing identity is a means to releasing the inner self, so is Val’s choice of a devil mask random or prescient?

There are readers who’d prefer Hernandez just keeps producing stories about his Palomar cast, but from his earliest published comics he’s presented a broad approach, and he’s so prolific that new material appears far more frequently than creators considered his peers. The diversity should be welcomed and celebrated.