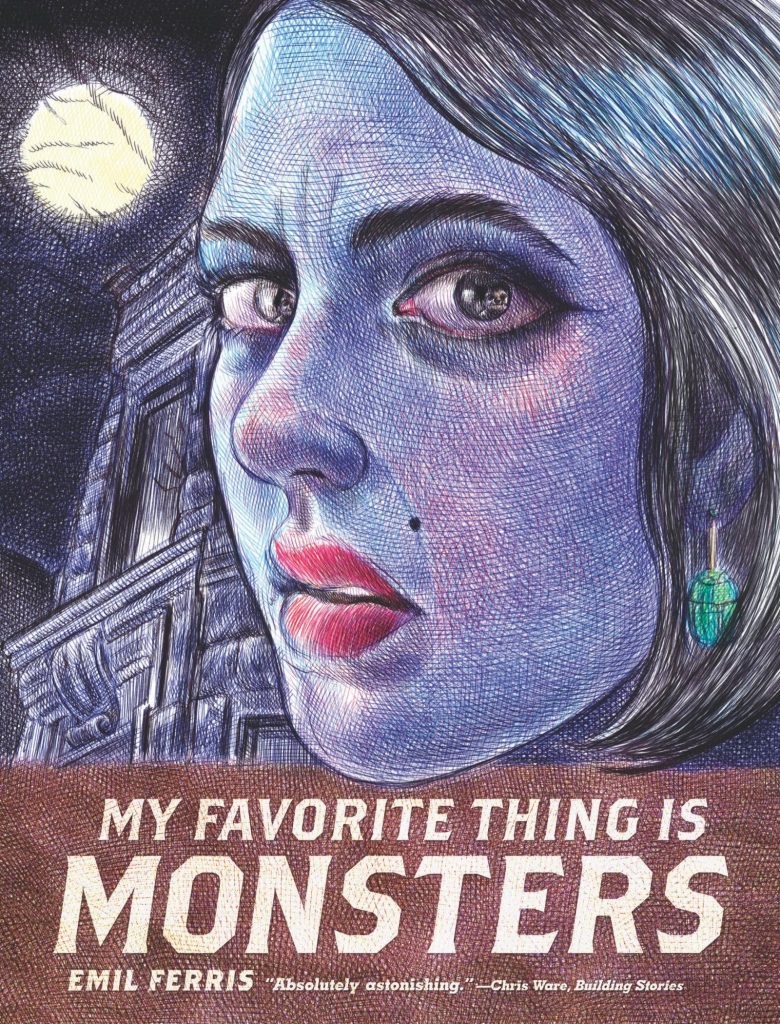 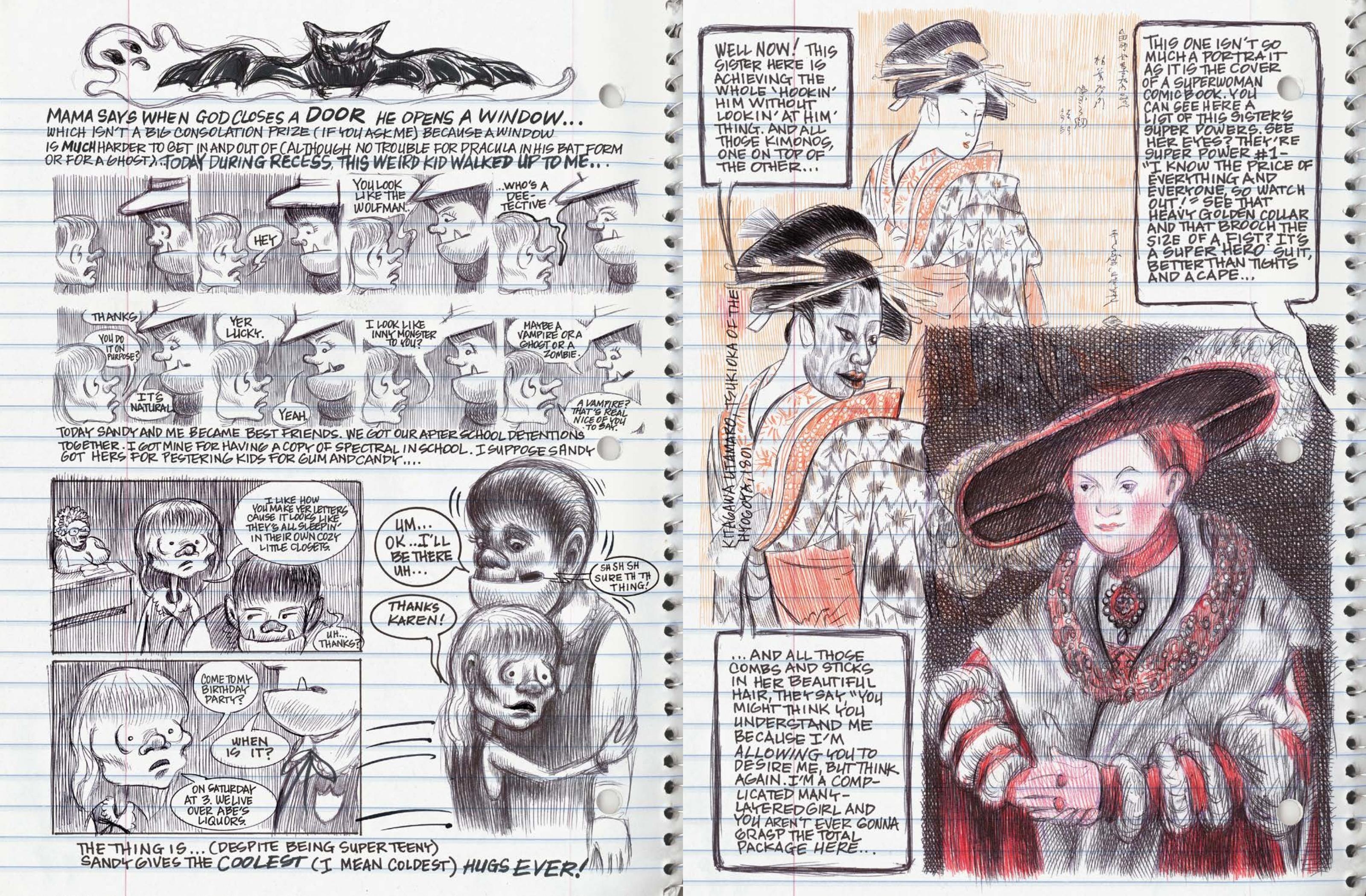 It’s an unusual title, and an unusual approach, but My Favorite Thing is Monsters is fresh, intensely creative and a graphic novel of stunning ambition, a richly dense web that ensnares and captivates. Karen Reyes is a young girl growing up in a 1960s Chicago tenement block, and as the title tells us, her favourite thing is monsters. Emil Ferris draws the graphic novel as if Reyes, on lined notebook paper, showing everything she sees and hears. Ostensibly the story is that of Karen investigating the death of her upstairs neighbour, but that’s just the thread around which so much more is weaved. Along the way we learn of her life and that of pretty well everyone she meets, with all stories persuasive, and along the way the narrative slips into fantasy, supernatural, and crime tropes, along with social commentary, but remains grounded by Karen.

That’s accompanied by stunning and innovative illustration. Ferris rarely resorts to conventional panels and dialogue balloons, but embraces pretty well any other illustrative method that comes to mind, imitating the scattershot approach of a young child. Covers from Karen’s favourite horror magazines, drawn in coloured pencil, are sifted through the book, each of them gloriously lurid and tacky. Gallery paintings are reproduced. Karen draws herself as a friendly werewolf, but there’s no disguises to the evocative, personality defining portraits. These depict not just people important to events, but the population of Chicago in the 1960s and 1930s Berlin, not idealised, but as they were in the melting pot, the Germans scarred by World War I.

Ferris humanises her characters via multiple thoughtful little asides. Karen’s brother Deeze has drawn their missing father out of every family picture, their mother has ridiculous superstitions, and Karen has a well versed artistic intuition, seeing the world as by various artists after numerous gallery visits. There’s the symbolism of the dirty laundry mountain and of paintings representing journeys. As Karen learns more of Anka, her dead neighbour, Ferris subtly insinuates they had much in common, especially the way they fictionalise the world to escape, and there’s a blending of reality with surreality for an almost phantasmagorical effect. This is accompanied with insight, not least that ghosts keep people imprisoned. At times it’s Ferris’ voice, not Karen’s, but that doesn’t matter as everything is compelling. If My Favorite Thing is Monsters is her exorcism we should be grateful.

My Favorite Thing is Monsters works on so many levels. Most obviously it’s the story of a child attempting to cope with tragedy she can’t fully understand, but it’s also a treatise on the power of art to inspire and elevate, a consideration of suppression messing with reality, depressing social documentation and more. Despite the way it swerves from genre to genre, they’re all smoothly incorporated, which is some achievement. Karen is central, barely a scene occurring without her, astonishingly richly portrayed and endearingly sympathetic.

This would be a monumental graphic novel by an old hand who’s worked their entire career toward it, but it’s even more astounding for being a first attempt. Perhaps we still have a lot to learn about what constitutes a great graphic novel. Better still, this is only part one. Part two is due late in 2018.