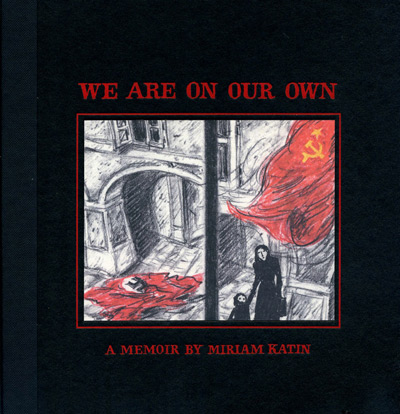 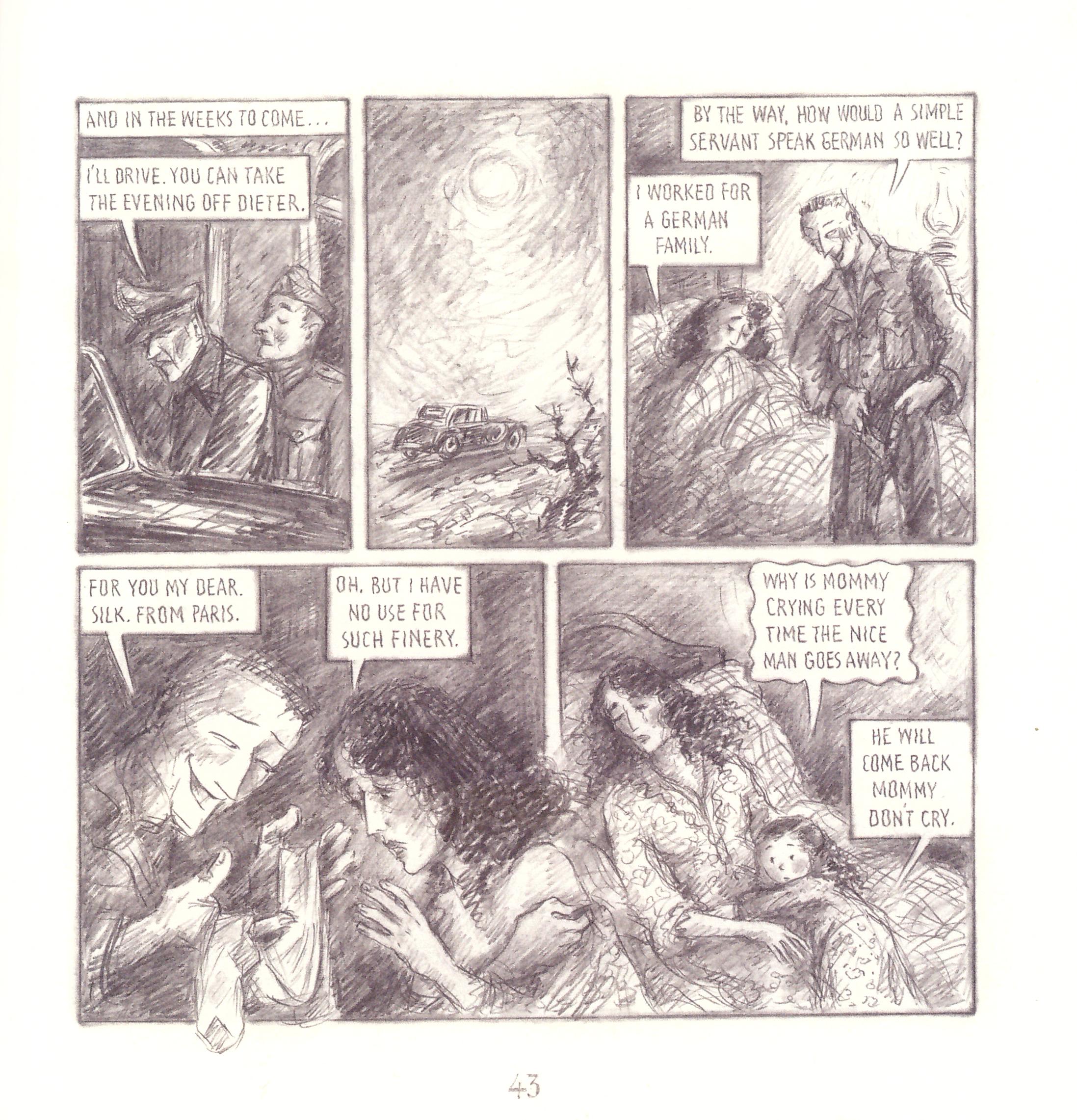 Miriam Katin was an infant during World War II when the country of her birth became a Nazi puppet state, and therefore not safe for any Jewish family. She relives her childhood years to create this haunting memoir reinterpreting what she now realises were traumatic events, mainly concentrating on her mother Esther’s experiences, but also incorporating interludes from later years.

Careers in graphic art and animation provide a solid artistic foundation for Katin producing her first graphic novel in her fifties, largely in richly detailed pencilled elegance, slipping into coloured pencils for sequences set beyond her childhood. It’s a virtuoso performance, deliberately echoing period commercial advertising, whether poised or cartooning, morphing into a more exaggerated style for extreme moments.

Times of vast horror are best understood via a single person’s experience, and Miriam’s childhood unawareness, where everything is a new adventure, contrasts the darkness of her mother’s degradations to protect that innocence, as seen on the sample page. The sophisticated juxtaposition of genuinely innocent experiences from her own parenting days underlines what most in Western Europe have taken for granted since World War II. Thankfully Esther doesn’t have to endure the different form of ideological persecution the Communists applied when they inherited Hungary, as the story takes a different turn with the war ending, although one equally fraught with tension. The ending is clever and distressing, although not in the way the narrative guides us to believe. Young as she is, Miriam is largely incapable of processing what’s happenning, yet there’s a level of understanding, and she begins to react the only way she can, hinting at a troubled future. The text pages noting aspects of Miriam’s later life are welcome, although end with a tragic insight into how her mother remains haunted fifty years later.

Tom Devlin is credited for cover design without indicating whether that extends to the book as a whole. Either way, the production is beautiful, resulting in a desirable artefact irrespective of content, many small touches contributing to the satisfaction. Cover scans don’t accurately represent the debossed red foil lettering, nor the thick card covers, and an illustration actually pasted into place, all echoing the methods of centuries past. The design almost confers a historical legitimacy on its own.

When it comes to the Jewish experience in World War II Maus has become the standalone graphic novel one-stop shop, yet We Are on Our Own covers much of the same ground, albeit in lesser detail. The lead character being a woman supplies a different perspective, and it’s all the more horrifying for realising Esther’s experiences were hardly unique. This is honest and heartbreaking, and it deserves wider appreciation.