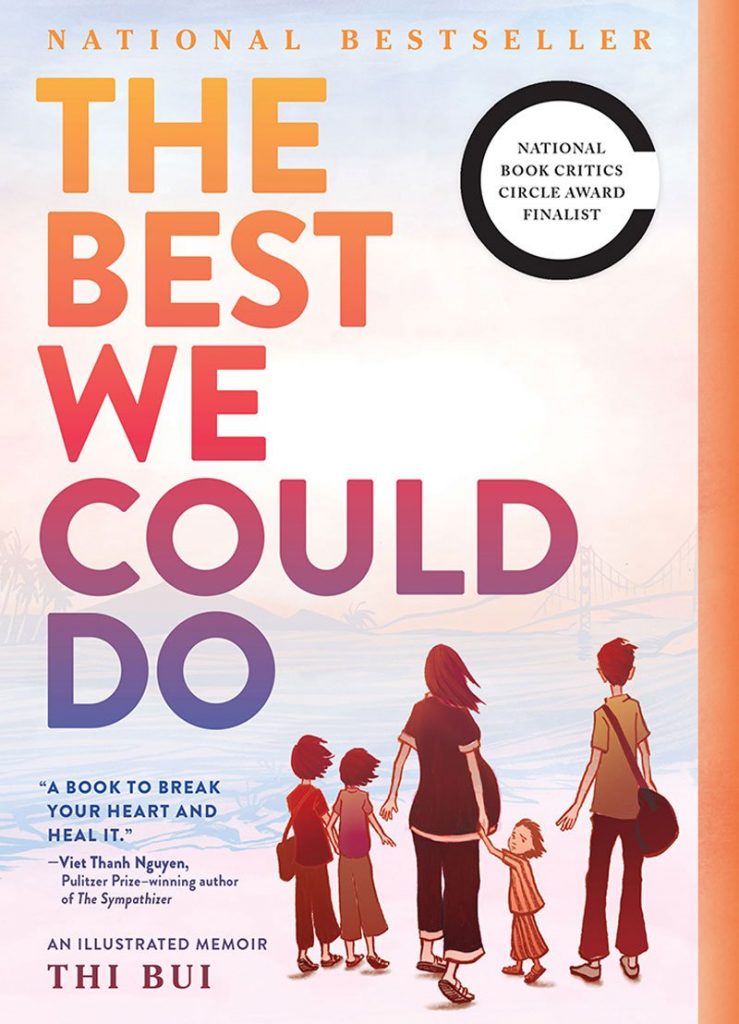 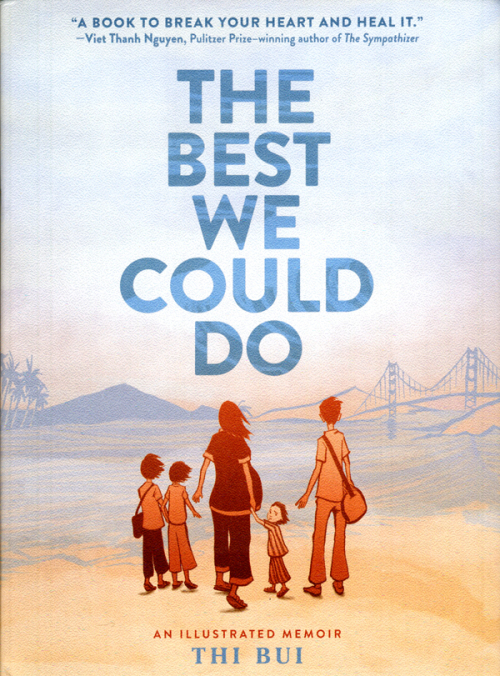 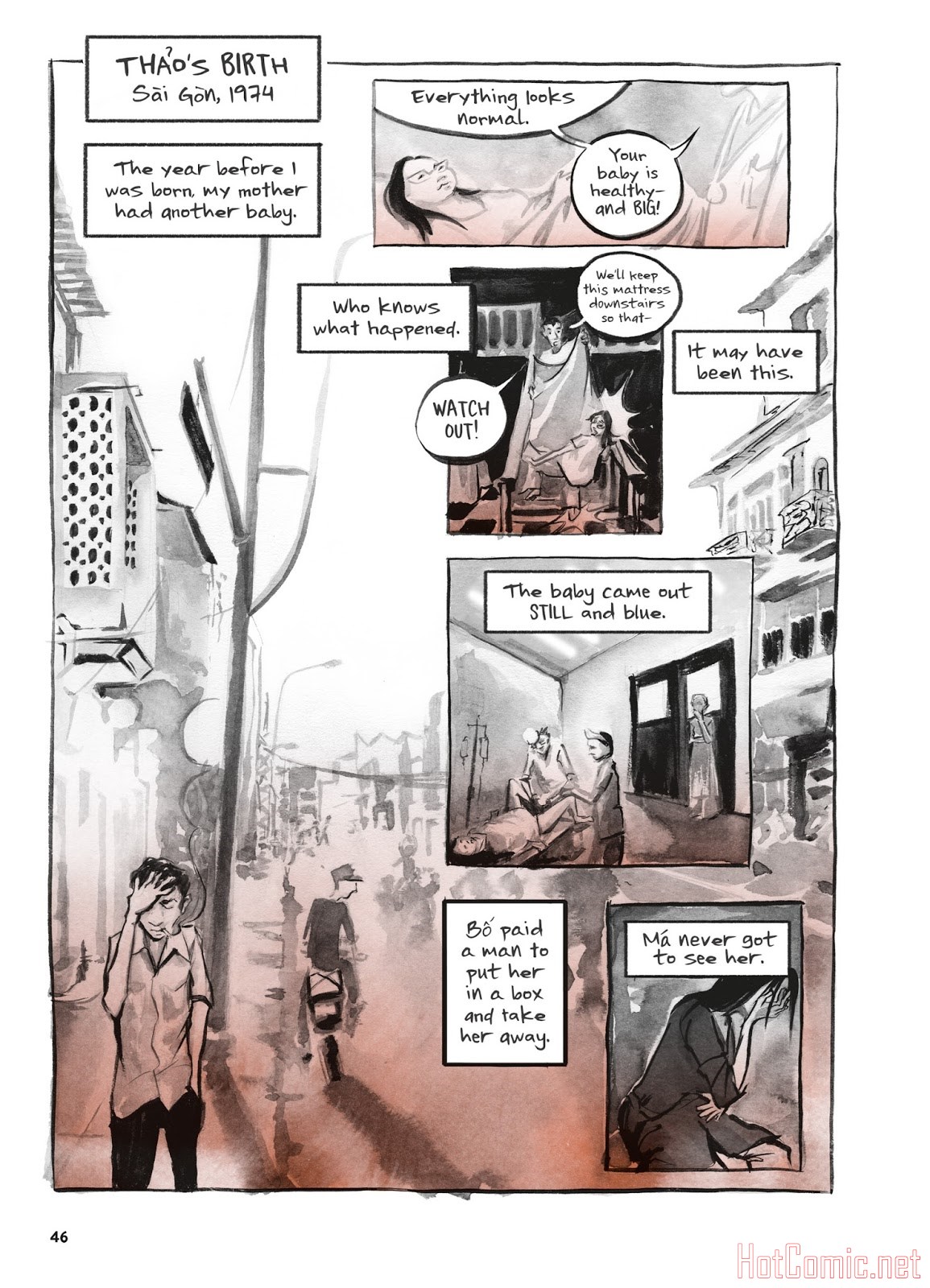 Anyone used to horror in comics may still have their stomach turned by an opening sequence in which the author describes her experience of childbirth, complete with the Doctor’s cold rendition of the possible consequences of avoiding a Caesarian intervention. The starting point emphasises continuation, the latest arrival in a family that’s experienced considerable upheaval over the decades, and one where communication is difficult. It took Thi Bui years to piece together the full experiences of her Vietnamese mother and father before she was born, and dissatisfied with a scrapbook memoir she settled on comics as the ideal method of preserving their stories in an accessible format.

Bô and Má grew up in the 1940s and 1950s, and what was considered normal and acceptable during times of hardship in Vietnam (then Indochina) is horrifying and tragic. Bui’s American son will one day read of his grandparents lives with disbelief. When he was a child Bô’s libertine father ejected his mother from their home, and he never saw her again. That was just one of several appalling events he endured during infancy, developing the taciturn and callous father Bui remembers terrorising her pre-school days. By contrast Má’s upbringing was one of privilege and education, but rigidly controlled by an uncaring mother. Both grew up during decades of uncertainty. World War II saw the Japanese occupying Vietnam, displacing the French colonialists who had other problems. In 1945 Vietnam declared independence, but the French returned, and the war to oust them gradually escalated into the ideological conflict into which the USA was drawn. What’s now history formed a nation and shaped the individuals, but Bui’s parents remain conflicted and contradictory about momentous times.

Bui is a fabulously talented artist, but notes in the introduction that the long gestation of The Best We Could Do was in part down to her learning the structure of comics, and while her page designs impress, there are awkward storytelling lapses. They’re inconsequential, however, when weighed against the power of the stories she’s telling. Her own history begins to intersect after Saigon’s liberation when the new regime is intent on weeding out dissidents. Her older sister returns home from primary school one day and innocently mentions that she’s been instructed to report suspicious behaviour even if it involves her parents. Shortly after that incident, via a sea journey depicted in seat squirming detail, the entire family escapes Vietnam. It’s immense and unacknowledged heroism, and represents thousands of others who made similar life-endangering escapes.

Although Bô and Má’s terrible journey and refugee status occurred during the late 1970s, by this graphic novel’s 2017 publication immigrants were again being routinely demonised in the USA. The detailing of what the family endured to escape a repressive regime, and how welfare status ensured their survival should be required reading for the entire send them back home brigade, both in the USA and Britain. Bui humanely explains the family’s integration and what they now contribute.

The Best We Could Do is a monumental achievement, sensitive and warm, questioning and understanding, and most importantly educating. It will enrich anyone who reads it.