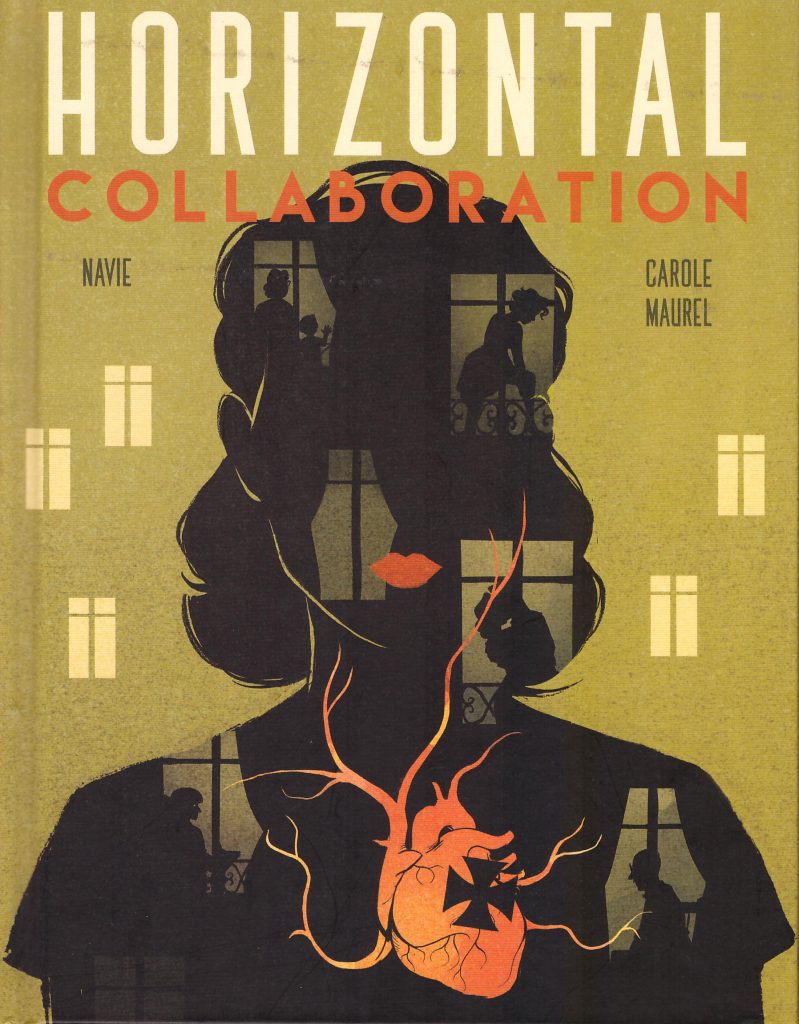 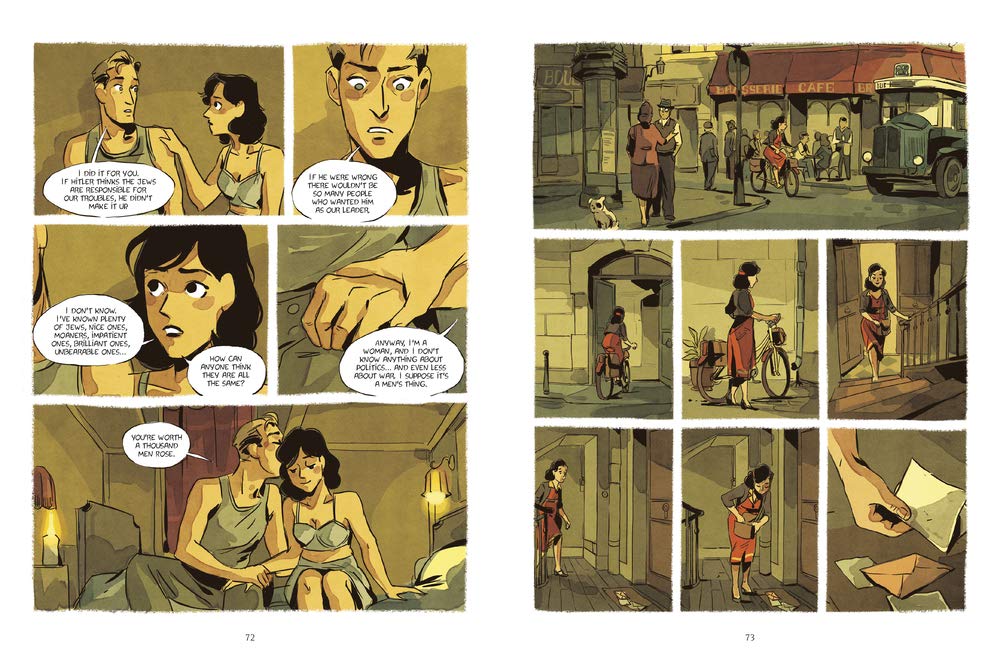 When World War II freed the countries of occupied Europe anyone unlucky enough to be German, whether or not a combat participant, lived an endangered life, and anyone who’d thrown their lot in with the German invaders to suppress their own people received what their community felt due. A particular hatred, however, was reserved for women who’d had relationships with the invaders, and it’s that issue investigated by Horizontal Collaboration.

It opens in the present day with a young woman uncertain about how to progress her relationship making the assumption that everything must have been so much easier in her grandmother’s day. Rose’s day was in occupied France during World War II. In 1942 she’s already married and has a son with a man she doesn’t love, away fighting for his country’s freedom, and exemplifying the adage of love having no boundaries, she’s fallen for a German soldier. While this would be a strong enough plot, writer Navie (Virginie Mosser) adds colour by exploring the lives of the other women living in Rose’s apartment block, their problems and what they need to do to keep a roof over their heads and bread on the table.

She may be new to comics, but the subtlety of Navie’s writing indicates time well spent elsewhere – her back of the book biography mentions print media, film and television – as she weaves through assorted stories and social attitudes. Much like present day Britain’s attitude to the European Union, conflicting opinions abound, with everyone confident theirs is the right view. An especially effective page emphasises the differences between the way the remaining old French men view a handsome young occupying German soldier, and their effect on women. This takes equal subtlety on the part of Carole Maurel, whose art is tremendous in its vivid portrayal of a varied cast, on whom she bestows a personality in poses, glances and their position in a panel. Once we come to know them, there’s only the single unsympathetic character whose behaviour is inexcusable, yet even they’re able to convince themselves they’re doing what’s right.

Navie and Maurel never let us forget the desperation of the times as they peek behind the curtains closed to other cast members, gradually revealing who everyone genuinely is. In some cases we’ve already guessed, and in others surprises await. Anyone who knows their history knows Rose’s story doesn’t end well, although Navie at least spares us the thought of death by featuring her as a grandmother in the framing sequence. It’s nonetheless harrowing.

Two letters play a part in the story, and when it’s over we get to read those letters. The author of one is known to us, that of the other open to speculation, requiring us to consider which of the cast is most likely to have access to a typewriter. It’s a phenomenal closing touch, and kudos to publishers Korero Press for the presentation of the letters.

Horizontal Collaboration is a graphic novel skilfully inspecting ethical grey areas, of people whose lives are fundamentally affected by the actions of others, often without even being aware. Whether Rose’s life would have played out differently had someone not taken a fundamental decision on her behalf is something to consider. So much else resonates in what’s a complete romance, drama and history lesson, an immense first graphic novel for Navie.