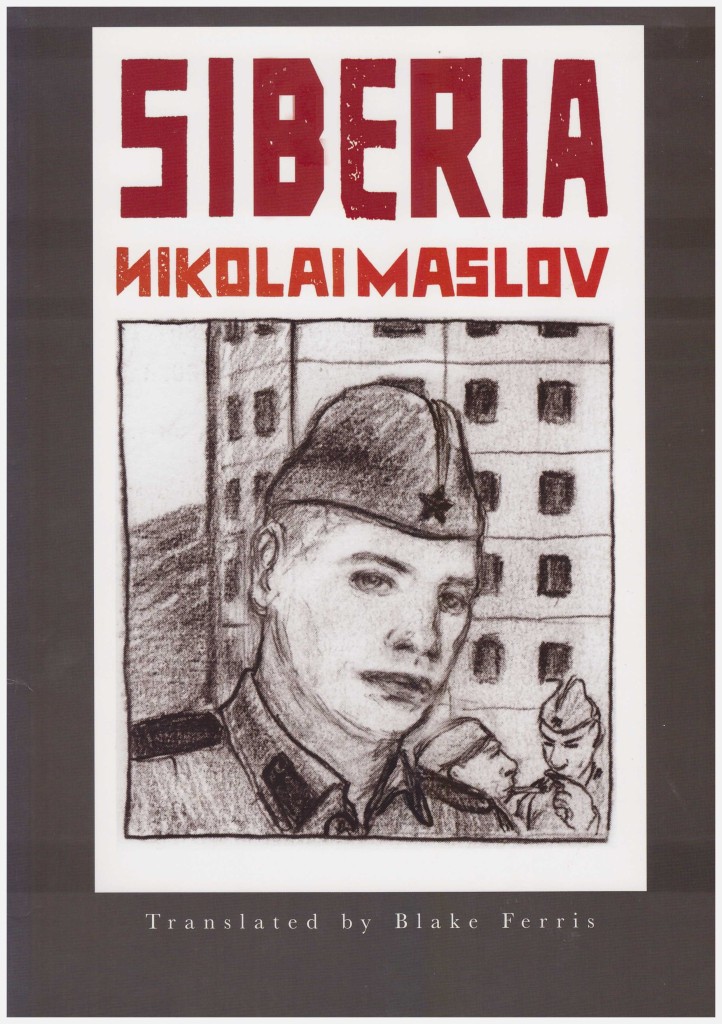 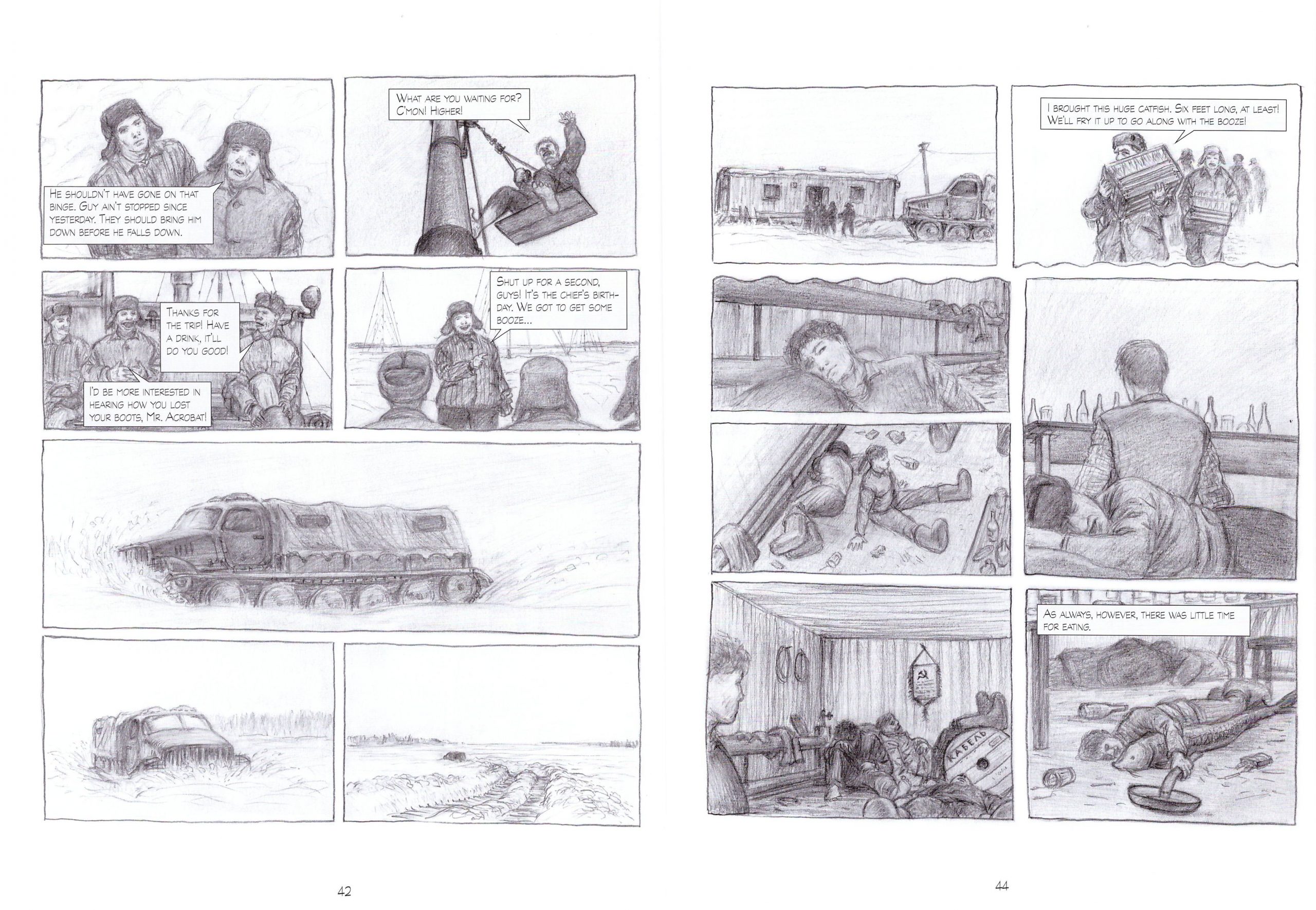 Siberia is almost as remarkable for its gestation as it is for its content. An article rounding off this book relates how Emmanuel Durand, a French publisher of European material translated into Russian, was approached in his Moscow store by an unprepossessing man who looked to be in his fifties. He proffered three pages of autobiographical material and requested money to complete the remainder. Thank goodness for Durand’s open-mindedness.

Nikolai Maslov was then working as a building supervisor at a block of flats, but his autobiographical material stands as an astonishing documentation of an era. It’s all the more notable for Maslov producing his pages in almost complete cultural isolation in a country lacking any tradition of comics. During the long Soviet decades they were considered culturally unsound, and the form was banned. With that swept aside, the appetite has largely been for translations of comics produced elsewhere.

Siberia relates Maslov’s life in unflinching and brutal manner. Having to endure the petty Soviet regime that intruded in all forms of daily undertakings, the refuge of many was in alcohol. This book is soaked in it from first to last, as for many, including Maslov, it provided a temporary blissful relief from repression. It equally has a price beyond currency.

Unable to avoid military service, Maslov is shipped to the inexorable tundra of Mongolia before transfer to the even more unforgiving soil of Siberia. The day to day monotony is immense, punctuated by interludes of brutality and tragedy. His depictions of military life are far from the heroic ideal perpetuated in the propaganda of the times, every anecdote another depressing tale of squalor, exploitation or incompetence.

He constantly returns to art in one form or another, and even in the bleakest of his military days he’s able to note the natural beauty of a landscape. As a teenager Maslov is inordinately impressed with the passion embedded in their work by Monet and Cezanne, and he later sardonically relates how having achieved employment in an art gallery, his tasks involved packaging state sanctioned portraits of Lenin. He attends art school after his military service, but unable to display his paintings in galleries, Maslov sets them up on street benches.

The story is presented entirely in a shaded grey wash within panels drawn in freehand, not ruled, and with comparatively few words, permitting the well composed images, sometimes shocking, always enlightening, to deliver the commentary. His style is very matter of fact even for incidents that would have many quaking, and always emphasises isolation. On the occasions when groups of people are portrayed, they’re rendered irrelevant by the vastness of their remote surroundings.

Many more highly regarded autobiographical comics serve as a confessional purges of guilt, and this is every bit an internal clearance, but of an extraordinarily harsh life lacking any privilege. Given the larger context, there are no trivialities related here. Siberia alone cements Maslov’s creative reputation. It’s honest, it’s bleak, it’s brilliant and it provides insight into events that you’ll get from no other graphic novel.