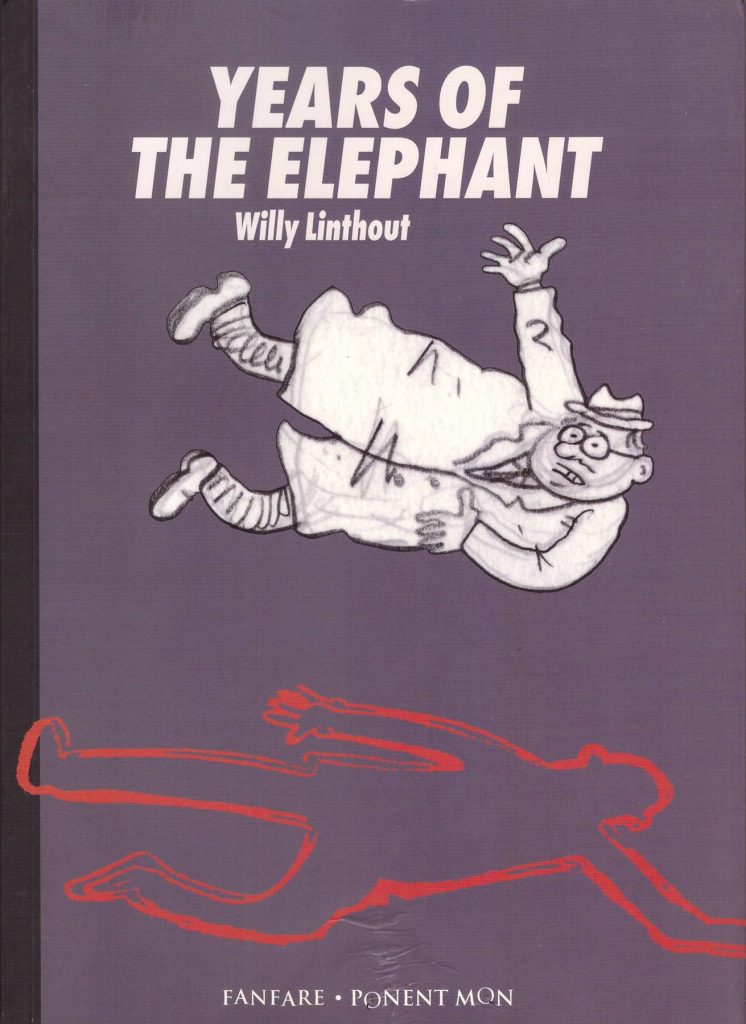 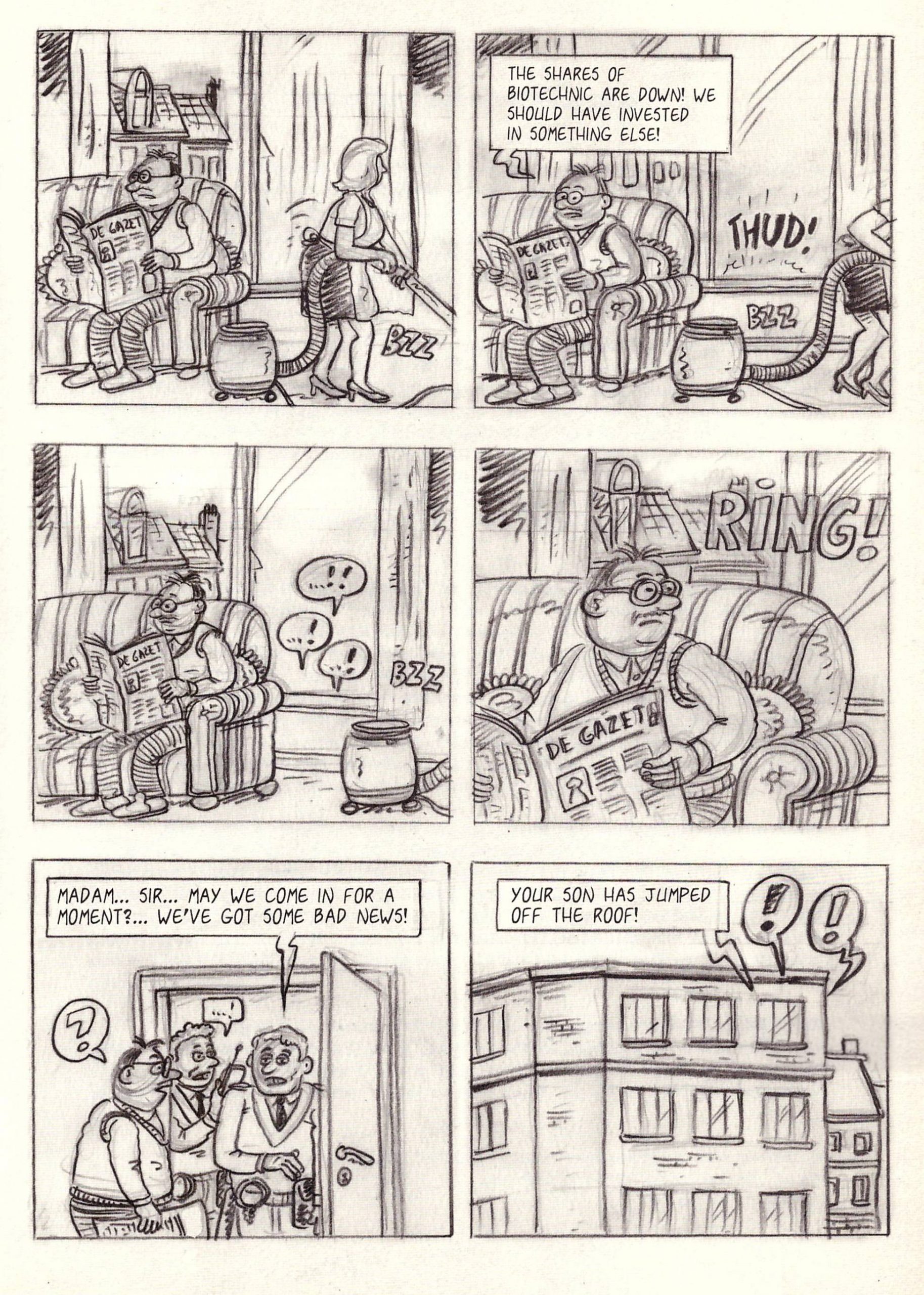 Willy Linthout isn’t a name known to English language readers due to his long-running Urbanus series never having been translated. However, the sample page, the first in Years of the Elephant, exemplifies that’s there’s nothing Linthout needs to be taught about effective cartooning or how to pull readers into his story. It may seem trivial, but what he’s showing is exactly how shocking the experience of his son’s suicide was for him.

How does anyone cope with the loss of a child under those circumstances, or any circumstances? Linthout devises an alter-ego, office worker Charles Germonprez, whose life takes a very surreal turn when he attempts to return to work, to keep things normal after his son’s death. As his story continues it falls into place that this is allegorical as Charles copes with various stages of grief, not realising how eccentric his behaviour has become. He’s haunted by the chalk outline drawn around his son’s body, which remains on the doorstep, and Jack is only ever seen as an outline as it’s the only tangible touchstone Charles has. He does undertake therapy, and Charles develops coping mechanisms. One is pulling all loose photographs from boxes and sticking them into albums, asking his wife for dates and references. “I’m not going to do that any more”, she responds, “What’s the point? We no longer have a child. Who’s going to care about these things after we die? After we die all those photos will end up in the garbage. We’ve got no-one to pass out memories on to”. He considers this for a moment, then continues. It’s one of several heartbreaking moments.

Chaos and confusion in Charles’ life is visually signified by the art being entirely in pencil with even the rough figure construction not erased. It could also be interpreted as Linthout wanting to hold on to everything connected with his son. The drawing is simple, but neat and expressive, the visual metaphors astute and Charles constantly pictured as puzzled or angry. Linthout is primarily a comedy cartoonist, and lightens the subject at times by engineering a situation so daft, laughter is the only option.

The title comes from a machine to which Charles is connected to at night to ease his sleep apnia, his wife commenting the long tube makes him resemble an elephant. That the title is Years in the plural is not hopeful. As Charles devises ever more eccentric methods to channel his grief it will surely occur to readers that Jack only manifests as a fantasy construction. There’s no attempt to deal with why he committed suicide, what it was about his life that led him there, and doing it at his parents’ apartment block is also surely significant. While understanding how personal the story is to Linthout, readers will find it frustrating that these obvious points aren’t addressed, and it limits the narrative. It seems as if Charles’ wife Simone is also neglected, being largely an off-panel presence offering the occasional comment, a more serious Mrs Wolowitz from The Big Bang Theory, but she plays a larger part as Years of the Elephant continues.

Watching even the disintegration of a fictional character is heartbreaking, deepened by knowing the feelings are shared by the author, the sadness and disorientation well conveyed. It’s a situation that only time can heal, and then only possibly. Years of the Elephant won the leading Flemish comics award, the Bronzen Adhemar, and Lindthout uses Charles again in What We Need to Know. 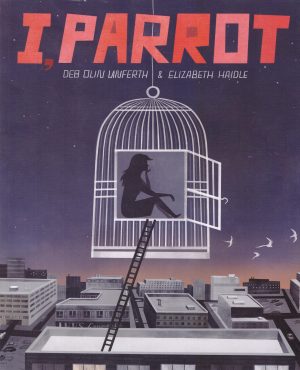