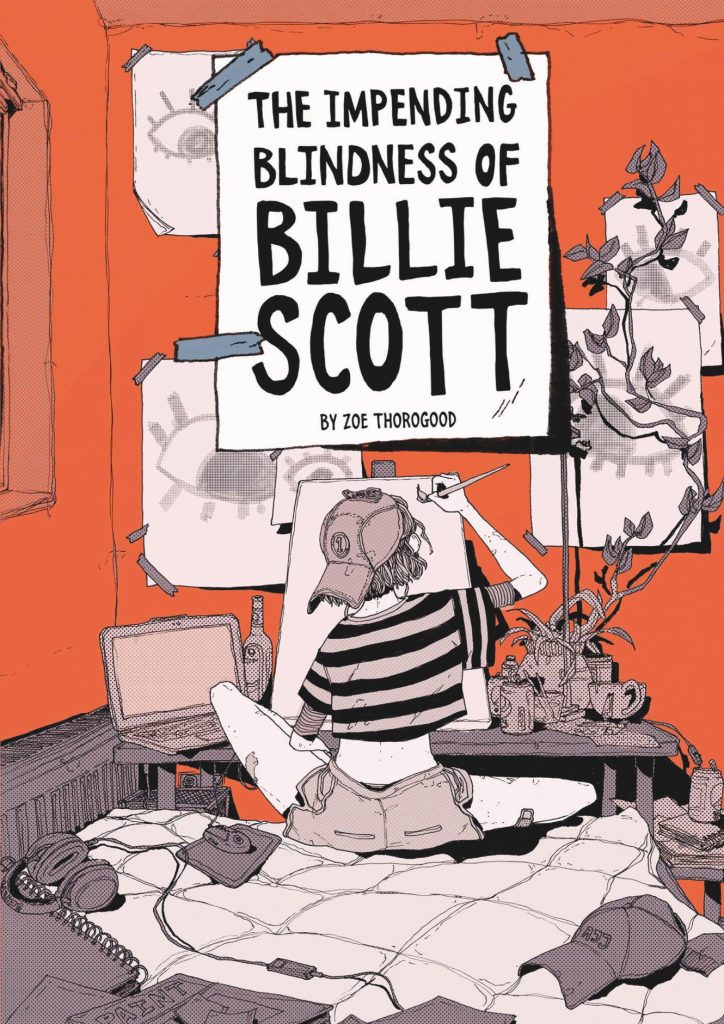 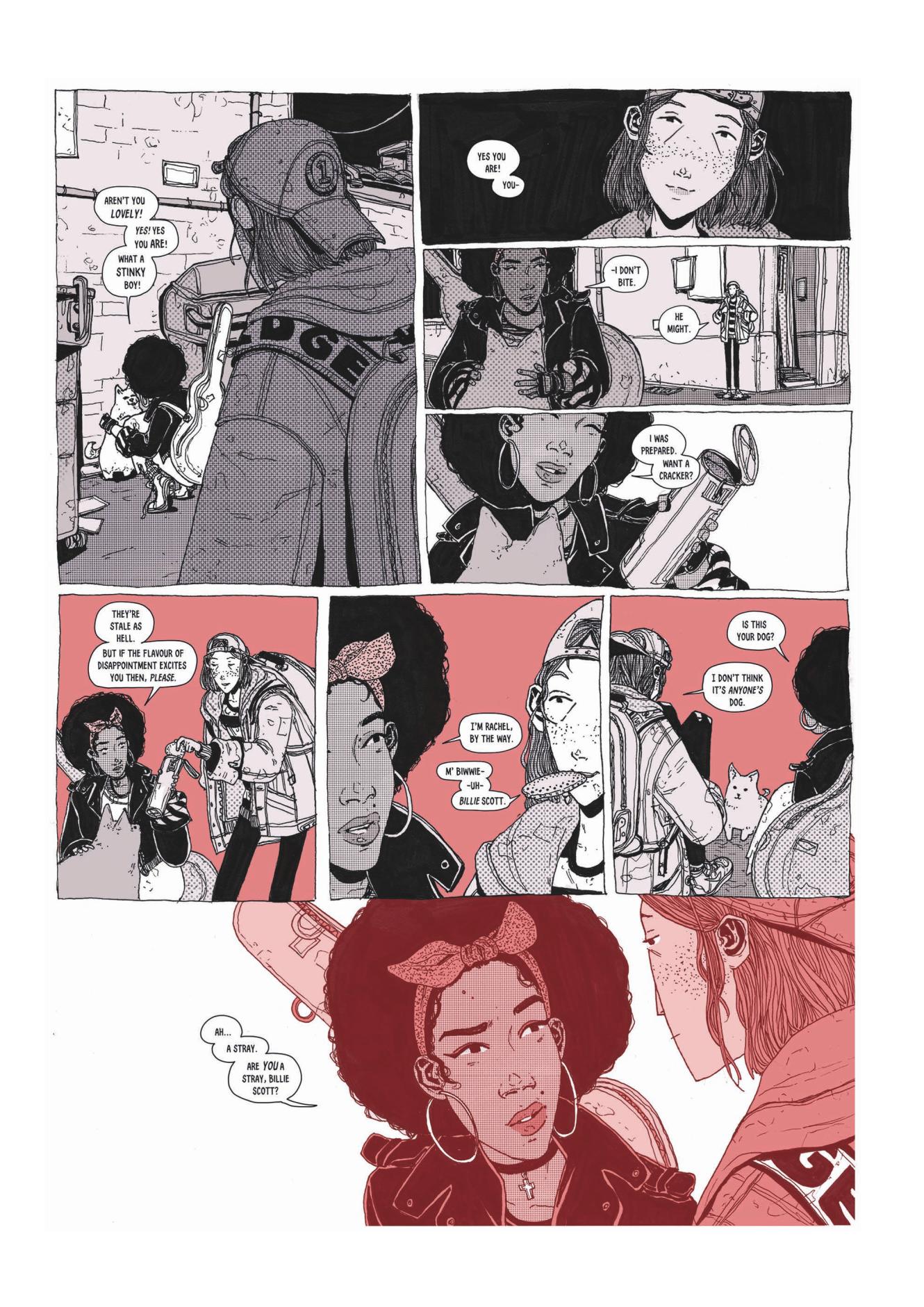 Billie Scott is an artist, although not as yet recognised as such by an establishment she sometimes doubts has a validity. Despite this, her break arrives, and she’s asked to submit ten paintings for a new artist showcase.

It’s to be presumed a lot of creator Zoe Thorogood feeds into Billie’s insecurities, including the way she constantly observes and assesses, and a need for detail, yet as the title tells us, that’s not going to be an option for long. Sight is important to any human, but few create art, so how does an artist cope with being told they only have two weeks of deteriorating sight remaining? Billie proves more optimistic than most. She’s going to find ten interesting people and paint ten portraits as her legacy.

What starts with a depressing prognosis and might have turned into a misery memoir instead becomes a life-affirming graphic novel. With a deadly deadline hanging over her, instead of confining herself, Billie drifts with purpose, making connections rather than shunning them, and along with her we drop into people’s lives, learning about what shapes them. Thorogood realises that the people who’re going to talk to you on the street are the discontented, because everyone else has a life to rush back to, and exploring that avenue provides Billie’s subjects. She lets them talk to her, and her thoughts about them only manifest via the sketches and notes she makes in preparation for the paintings. These sketches also serve as a record of her depleting sight and funds.

It’s possible to be picky about elements of artistic style such as Billie’s chin coming to a point or buildings being wonky freehand, but Thorogood is a phenomenal artist presenting a fully realised and consistent world. Expressions are spot on, and while the detail might overwhelm in places (and cause much unnecessary work for her), it creates complete locations showing the traces of where people actually exist.

The Impending Blindness of Billie Scott is embedded in social realism, people’s problems never far away, but a lovely aspect is how it also has a fairytale quality, Amelie perhaps a touchstone. A few little narrative niggles aren’t worth mentioning when weighed against the good of a graphic novel any creator should be proud of, never mind someone publishing their first. It’s heartfelt, touching, and has a lot to say, and just when you think you’ve wiped away that last tear, the penultimate scene presents the ten finished portraits. What a gem.