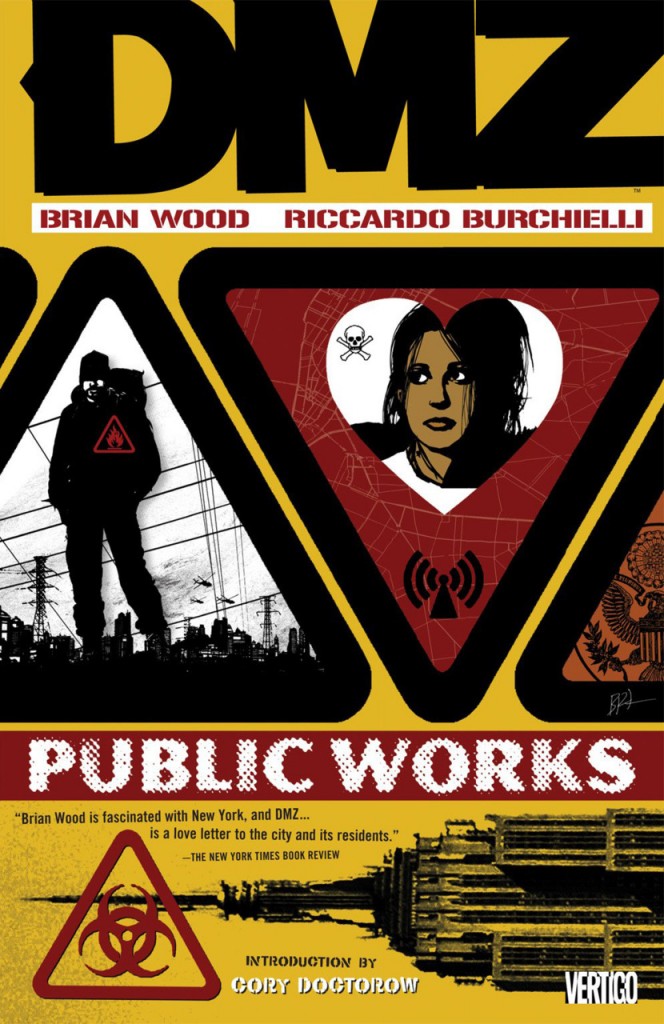 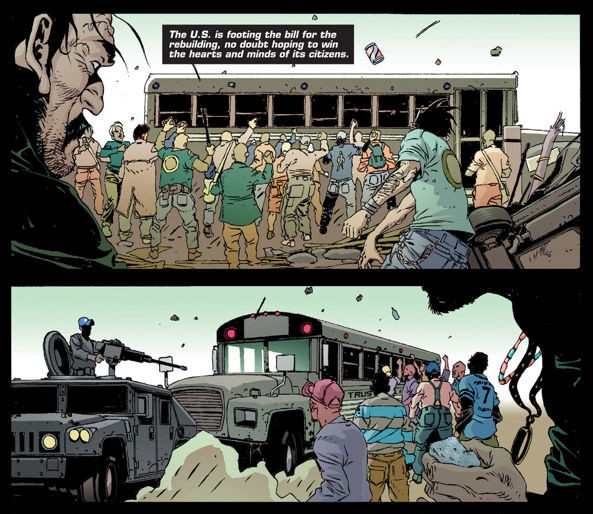 In On the Ground and Body of a Journalist minor story elements could be considered to reflect ongoing real world political situations. There’s absolutely no doubt, however, about where writer Brian Wood is setting his sights in Public Works. It establishes Trustwell, a company awarded a contract to renovate areas of Manhattan under the watchful eye of United Nations peacekeepers, but resented by the locals who fear the company’s own security force. Trustwell have a reputation for atrocities and corruption, but complete government backing, and anyone reading newspapers can figure out the real world analogue. Wood also broadens the focus to investigate life under occupation, and what had been a middling adventure strip with a decent premise accrues a purpose.

This, though, is neither flag waving nor excuse making, although as with any political matter, those with entrenched opinions could view even-handedness as bias. Horrific incidents are examined and the perpetrators have their motivations, but the finger is pointed at violence of any kind as a first resort. Journalist Matty Roth, the sole on-site reporter remains the narrative focus, starting the story undercover, his press safety net pulled away, and then undergoing life-changing experiences. He’s coming to terms with the political deviousness of all parties to be found in Manhattan, and discovers the ordinary people caught in the middle matter little to any of them. Another lesson learned is that people can’t be helped unless they want to help themselves.

Artist Riccardo Burchielli continues a fine body of work. His people live, sweat and bleed, and are as grubby as their environment. Time has progressed considerably since Roth arrived in the DMZ, and Burcielli has modified the initially innocent Roth according to his experience. The previous volumes have had their moments, but this is the first to engage throughout.

This is also collected with the following Friendly Fire and The Hidden War in the hardback DMZ Deluxe Edition Book two.