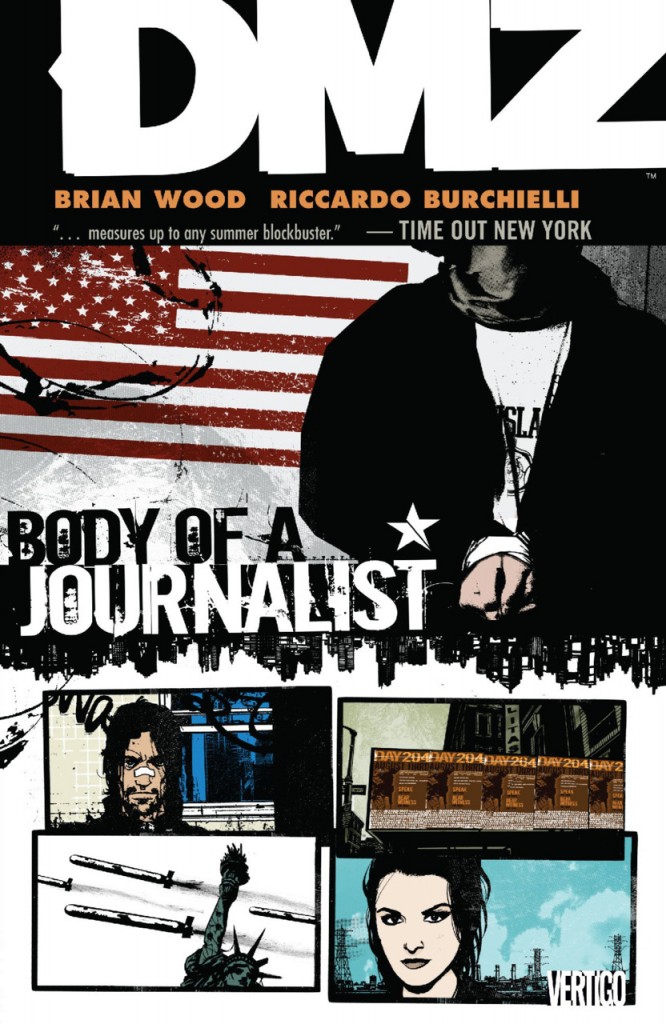 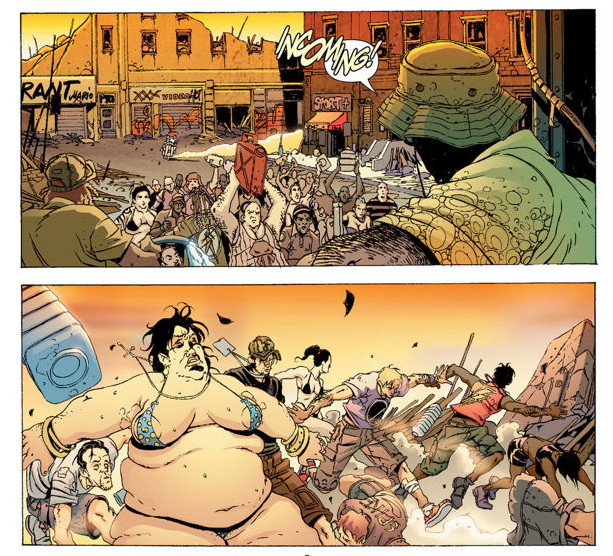 On the Ground saw work experience journalist Matty Roth dropped into the DMZ that Manhattan has become following a second US civil war. He becomes a familiar figure, and his embedded journalism is the first true reportage to emerge from an area cut-off from the remainder of the USA.

Body of a Journalist reveals a character believed dead in the first volume survived. He may be a complete dick, but he’s a Nobel Prize winner, so of great value as a hostage. Roth is supplied with an equipment upgrade, but learns who his friends really are. Riccardo Burchielli’s art is ideally suited to depicting the chaos of day to day life in a decaying society dedicated to survival in an overwhelmingly tagged city.

The first volume was somewhat lukewarm but with Body of a Journalist writer Brian Wood begins to get under the skin of his lead character. His time in the DMZ has transformed Roth into a far more canny, wary and resourceful individual, and he’s cultivated contacts who trust him. There’s an element of suspense to this tale largely absent from previous chapters, primarily due to the background of devious political machinations and a threat of large scale military invasion. Best of all, Wood drags everyone along to a surprise conclusion in keeping with the tone of the story.

As with the previous volume the larger story is backed-up with two self-contained chapters. Those wanting more information about the civil war are given a run-through of how it began to affect Manhattan through the eyes of Zee, the most familiar supporting character to date. It’s illustrated by Kristian Donaldson, while writer Wood also takes on the art for the illustrated prose of Matty Roth’s Manhattan tour guide. The magazine format provides some extra background information and hints at future stories, but is hardly essential reading. Public Works is where DMZ really takes off.

This is collected along with On the Ground in book one of the hardback DMZ Deluxe Edition.