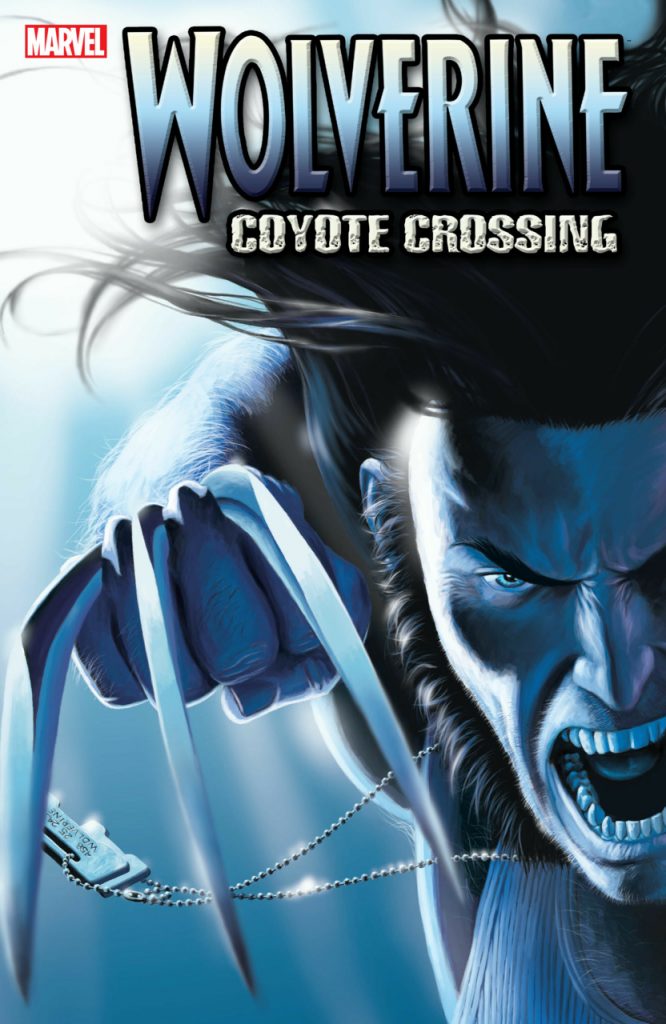 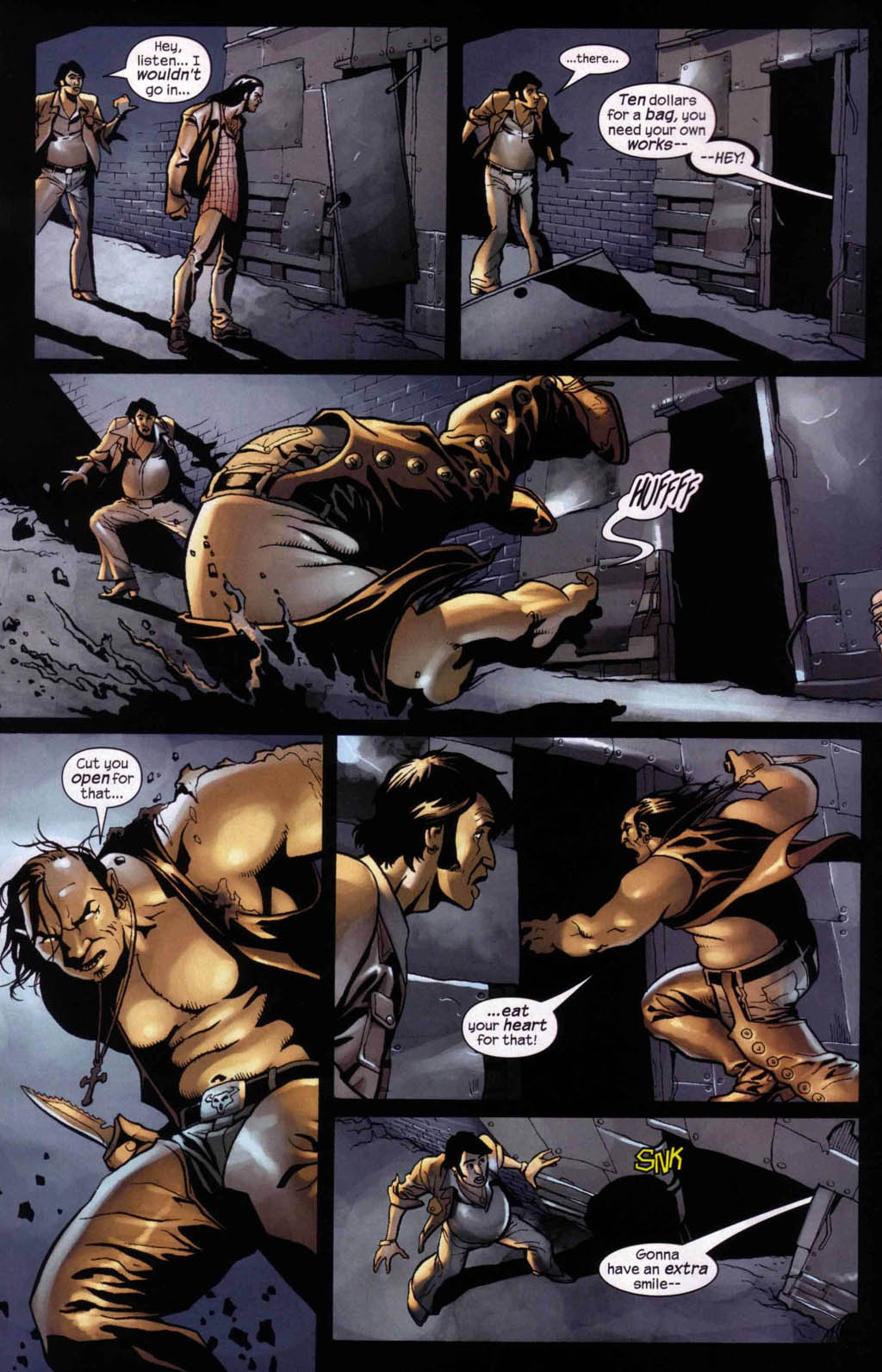 Greg Rucka takes much the same approach to his second story as he did for the first, as Wolverine runs across an atrocity and determines to do something about it. In The Brotherhood it was a murdered woman. In Coyote Crossing it’s a container truck full of suffocated migrants that sets him on an angry path of retribution. Here, though, the title notwithstanding, we’re dealing with Logan, not Wolverine. Rucka’s investigation into his personality hinges on the difference between man and beast, so the distinction is relevant.

Leandro Fernández would become a stunning artist. Here he’s very promising, but far too stylised. His Logan, who’s meant to be short, is as tall as anyone else in the story, and Fernández draws him as if on a Paco Rabane poster, in a vest and with long hair blowing out in the wind. Sometimes he’s slim and sometimes he’s so musclebound his shoulder is larger than his head. On the sample page it looks as if Logan’s forgotten to remove the coat hanger from his jacket, and these problematical proportions extend to other cast members also.

While both this and Brotherhood are decent enough action thrillers, there’s little that makes them uniquely about Wolverine/Logan. The discussions about man versus beast carry little weight, so the Punisher could substitute with no discernible difference, or with fewer corpses, so could Batman. Two stories into Rucka’s run, there’s a predictability also. It’s fun seeing Wolverine go about his business intimidating someone with his “you’re my new best friend” routine, but for all the knives, guns and explosions, until halfway there’s never a sense that he’s doing anything other than moving inexorably from point A to point B. The loose cannon is Federal Agent Cassie Lathrop, obsessively trailing Wolverine.

When Rucka finally drops a surprise, it’s a beauty, throwing Logan a complete curveball and livening up the story no end. There’s a heavy moral decision required and the final two chapters of the title story offer greater interest, although far less violence.

Darick Robertson returns to draw a second, single chapter story in a script tailored to negate his inability to draw Wolverine consistently by offering a succession of Wolverines. This is Wolverine again, not Logan, as Rucka takes us into his dreams, which in turn reflect his past and his battles with himself. It’s not going to make much sense to anyone unfamiliar with that past, but Robertson shines.

Rucka’s entire Wolverine output was later combined as Wolverine by Greg Rucka: The Ultimate Collection and Return of the Native completes that run. 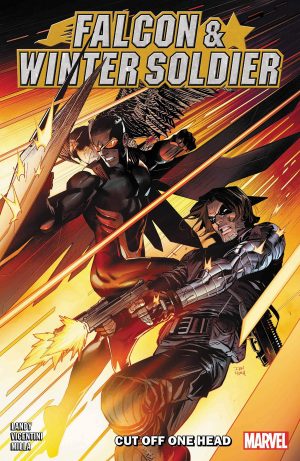