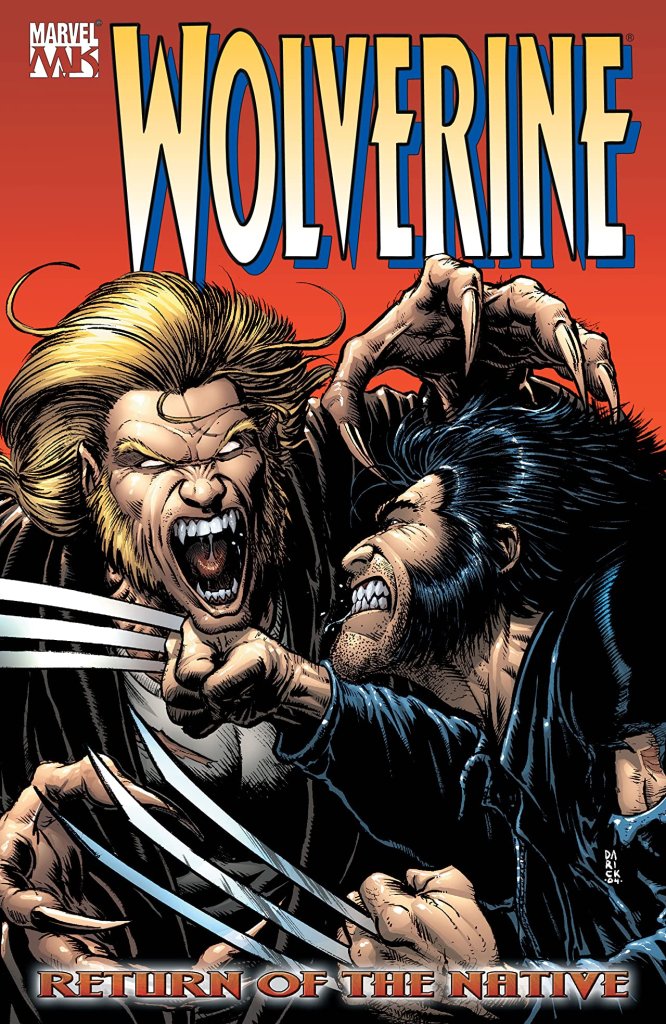 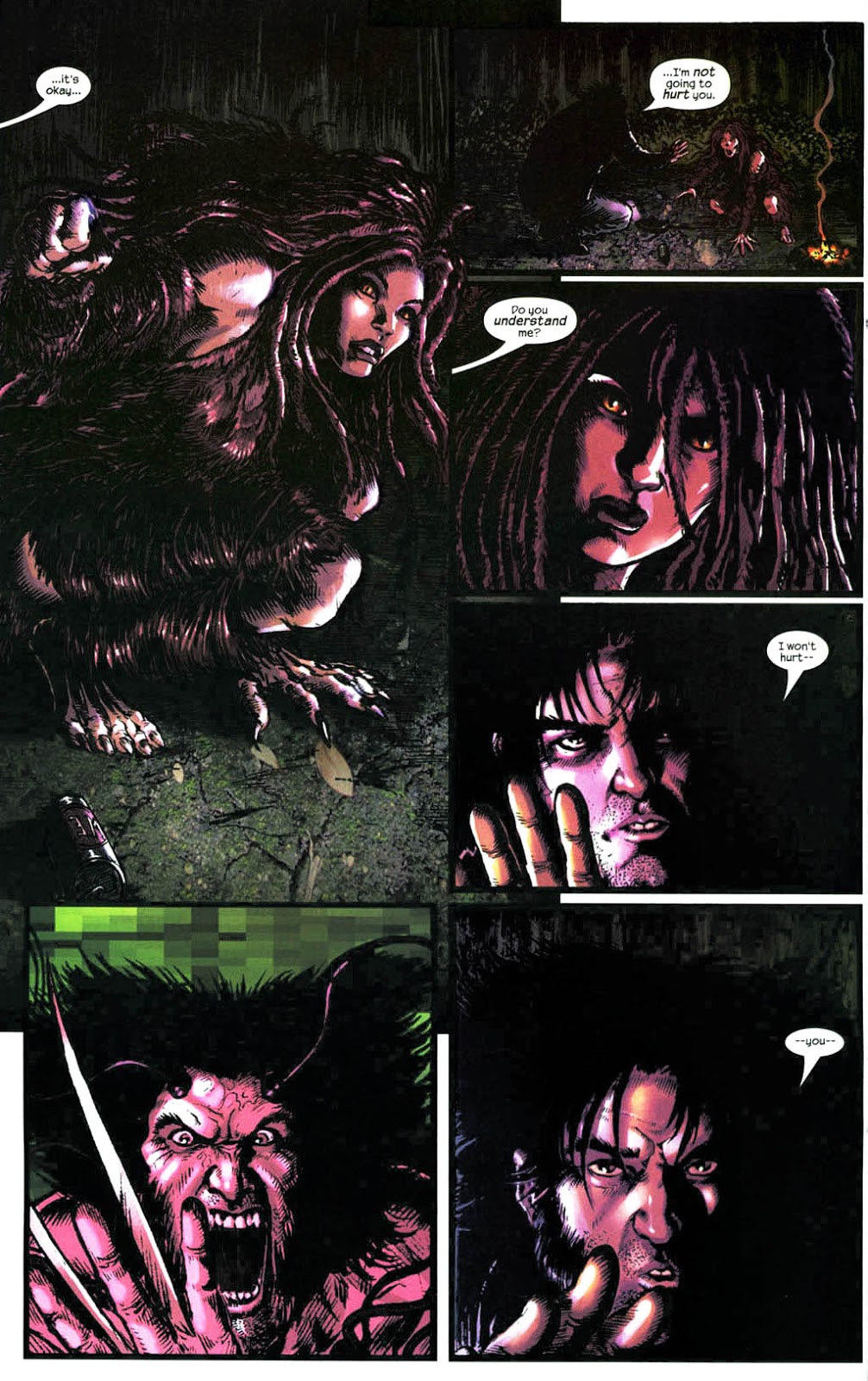 Greg Rucka and Darick Robertson’s final Wolverine collaboration is also their most traditional Wolverine story. If there was a feeling any well-minded character could have substituted for Wolverine in Coyote Crossing, it’s only Wolverine who could star in Return of the Native. He might not be in costume, but this is Wolverine, not Logan, and the events stretch back into his past and require use of all his super powers.

An assumption is made that readers will know about that past, and how it was shared with Sabretooth, here only mildly offensive – “you two want to stand around in the snow all night talking about how you hate my guts?” He’s been paid to track down someone else from back in the day, someone even more feral, known as the Native, hence the title, although the result is less Thomas Hardy and more a mix of Ernest Hemingway and Sam Peckinpah. It’s exceptionally brutal and mostly set in the wild.

It’s also largely unconvincing. While there’s no problem believing elements in the secret services are unwilling to take no for an answer if it’s spelled in corpses spread on the landscape, we’re asked to believe in a tragic love affair between former mind-wiped captives, that it’s easily renewed and other lapses besides. Cassie Lathrop, for instance, not a very credible character over the previous stories, yet part of the continuity. Here she’s only seen in a single panel in a motel room bed as Wolverine slips away in the night. Whether or not more appropriate closure was required, someone we’ve followed for no good purpose over two collections is now discarded like an old tissue. Irritations? They’re served up as well, the list being topped by Sabretooth unable to address a sentence at Wolverine without including either “runt” or “maggot”. It’s unimaginative and tiresome.

For Robertson’s earlier outing on Brotherhood he designed a convincingly squat and threatening Wolverine, but Return of the Native features the more traditional heroic version who’s developed the power of growing muscles that humans don’t generally have. Plenty of other odd figures feature, and how much tidying up inker Tom Palmer is responsible for can be seen on the chapters he doesn’t ink. When it comes to the landscapes, though, Robertson serves up some treats.

While the inevitable retribution of the penultimate chapter is good Wolverine, it’s taken a predictable route beforehand and the attempted tragedy that follows is also predictable. Anyone who enjoys seeing Wolverine and Sabretooth going at each other for several pages at a time is treated to repeated doses, but both creators are far better on other projects.

This is also incorporated into Wolverine by Greg Rucka: Ultimate Collection.