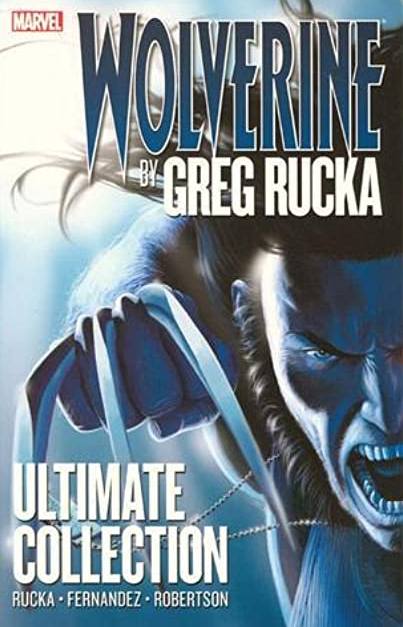 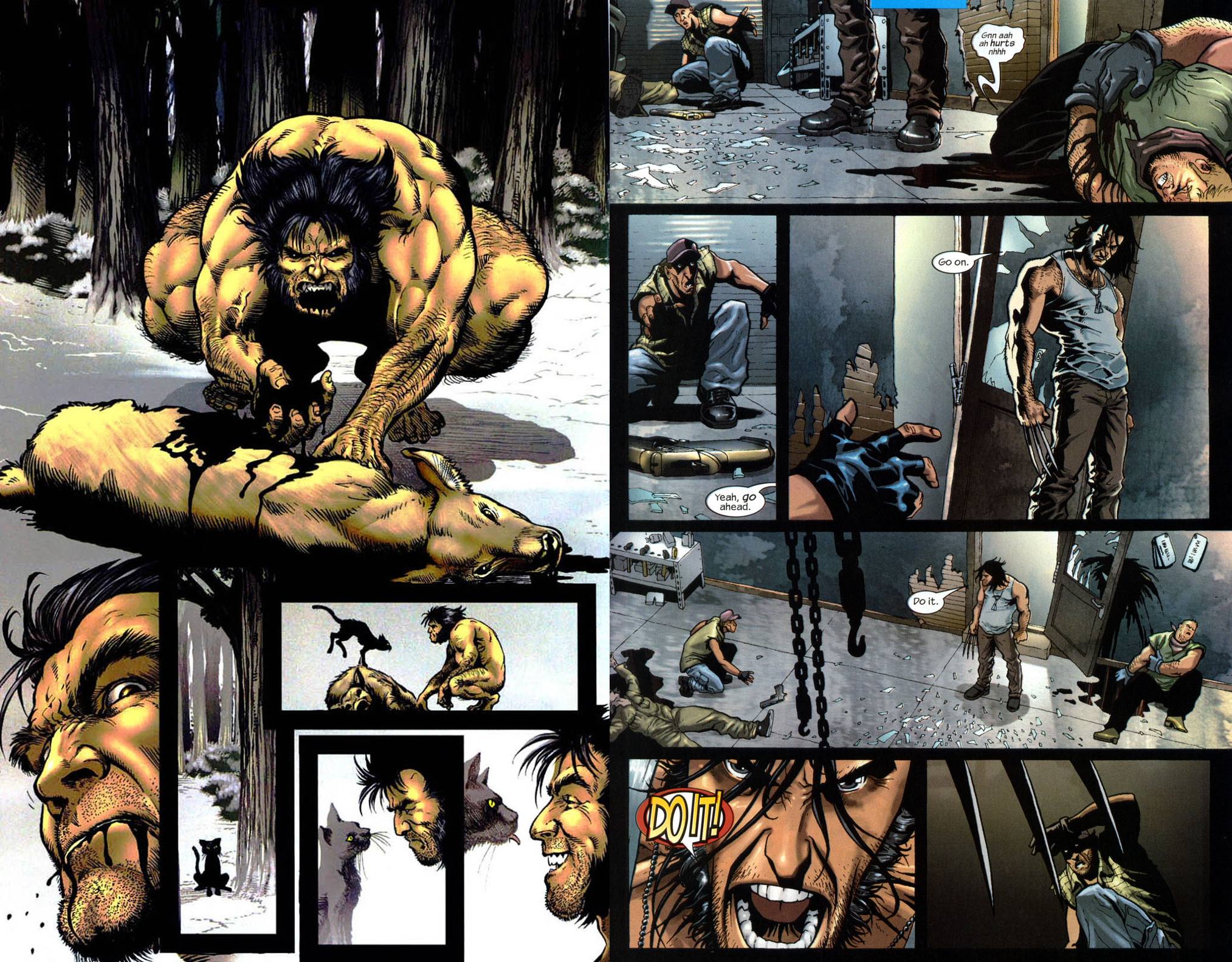 Signing on to write Wolverine in a relaunched title with a more adult approach, Greg Rucka produced three multi-chapter stories punctuated by two single episodes. In theory, pairing a thoughtful writer with a good track record with a character open to a number of interpretations ought to be a brew to anticipate. In practice it falls flat.

The longer stories supply the titles for thinner individual paperbacks also printing this material, The Brotherhood, Coyote Crossing and Return of the Native. To begin with Rucka distances Wolverine from his superhero exploits. He’s never referred to by that name, there are no costumes, and in the first story not a claw is popped until the fourth chapter, although by the collection’s end it’s a rare page without a slashing, stabbing or equivalent.

Beyond featuring Logan rather than Wolverine, Rucka seems to be thrashing around, uncertain of how he should be seen. Should he be the avenger of the unfortunate and dispossessed or a man whose hard exterior conceals existential questioning and a desire for absolution? “I’m not an animal, I’m not” he attempts to convince himself in the dullest episode, before that theme is forgotten. Further slapdash plotting concerns Cassie Lathrop, a rare badly written female character from Rucka, who irritates for a considerable spell before being dropped unceremoniously. While the first longer story just about hits the spot as Wolverine deals with abusers, the second is by the numbers, in which Wolverine could be replaced by any number of violent and revenge-driven heroes without substantially altering the plot. The third returns the savage Wolverine in a tale featuring an annoyingly dim Sabretooth and a continuity implant harkening back to the time he and Wolverine were experimented on. We’re supposed to feel outrage and pity, but it’s hard to engender much of either in the circumstances.

Darick Robertson draws the bulk of this material, and he’s inconsistent, unable to keep Logan looking the same from panel to panel, and in the final story endowing him with gruesome muscles no human has. Although his later scenery is nice, Robertson’s better on the opening story where he at least sustains a mood, and in contrast to his later efforts, his Logan is stunted and menacing, considerably shorter than anyone he meets. Leandro Fernández draws the second story, not yet the stunning and varied artist he’d become and not attuned to Wolverine as a character, drawing him as if a misproportioned poster model, as tall as anyone else, with his long hair blowing in the wind.

An occasional surprise, and there is a good one in ‘Coyote Crossing’, doesn’t compensate for what’s a largely run of the mill selection of Wolverine stories where Rucka doesn’t transmit as at all comfortable. 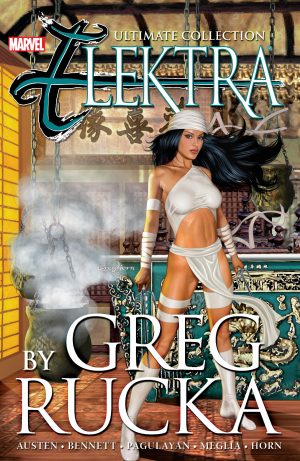