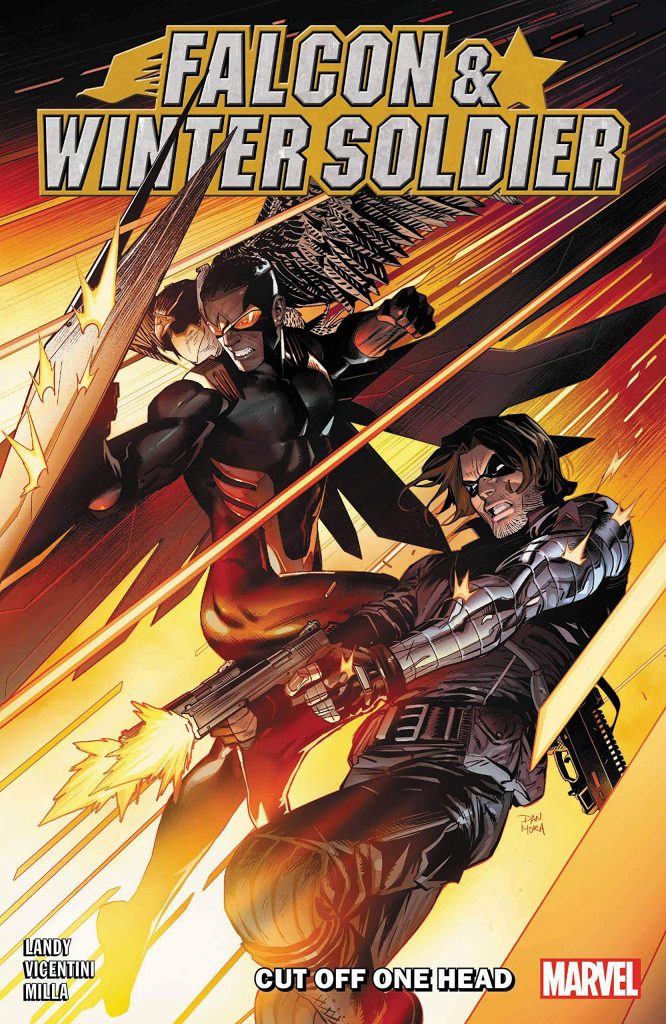 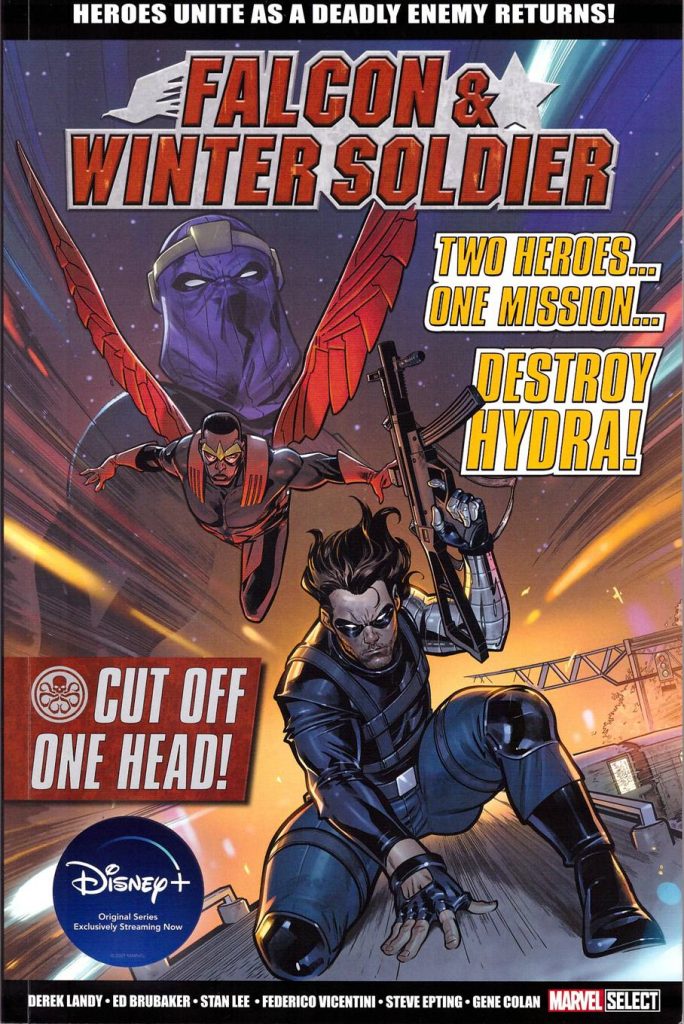 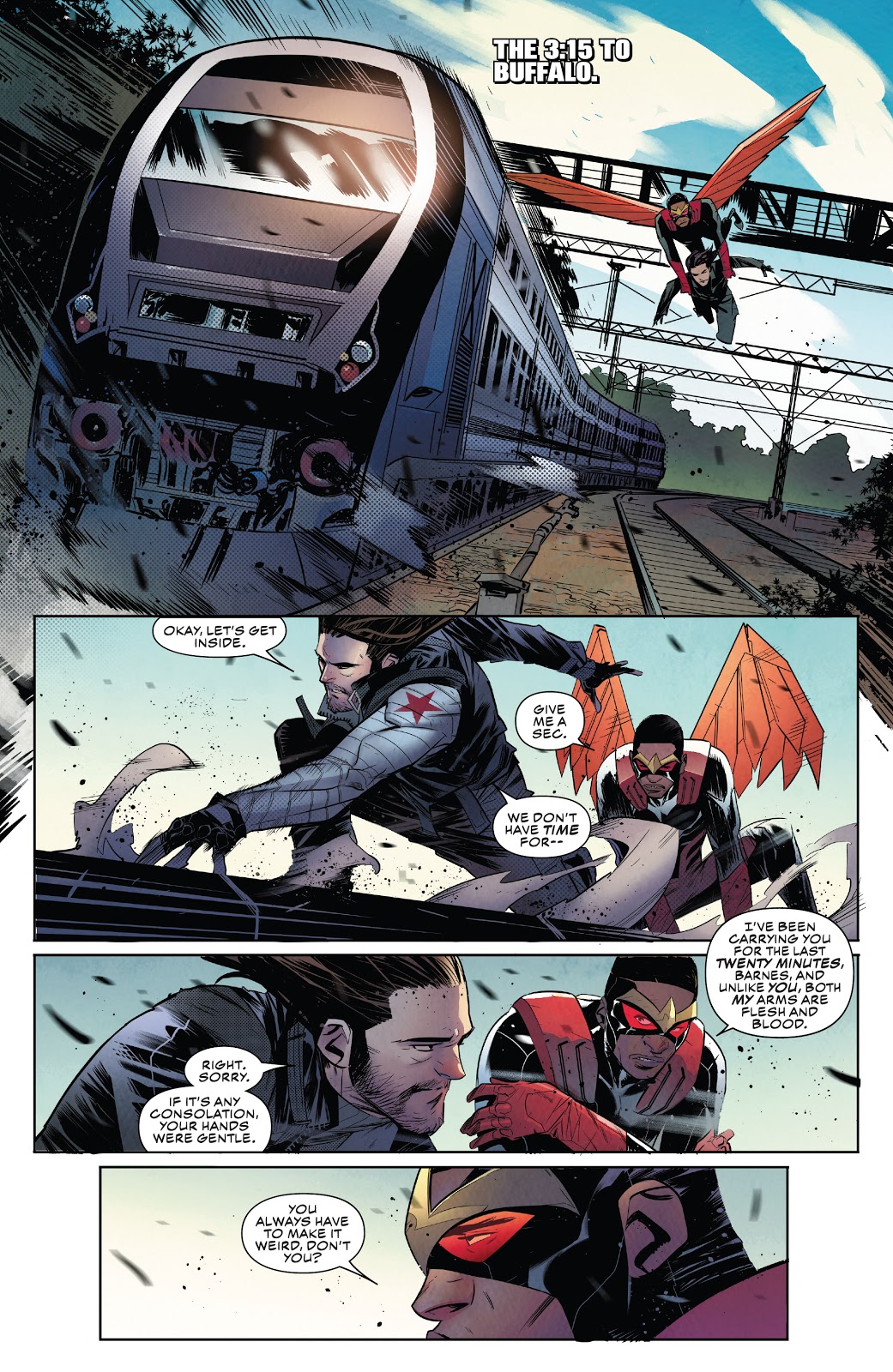 The motto of terrorist organisation Hydra runs along the lines of cutting off one head and two more shall take its place, hence the title. It sounds fearsome until considered. If there are now two heads, how long will it be before they’re at each other’s throats? That’s not good news for anyone caught in the middle, such as an organisation with which both Falcon and Winter Soldier have connections. Meeting there in a room full of corpses isn’t a great start to anyone’s day.

Derek Landy gives the Falcon and Winter Soldier a bantering relationship, the kind of dry conversations that perhaps only men who’ve seen it all can have, and what they also share is short spells filling in as Captain America. That’s relevant because the major complication is a young and extremely capable combat-oriented villain who strangely idolises Captain America, and that love extends by default to anyone who’s stepped in for him. Landy plots neatly in taking our paired heroes from one catastrophe to the next, embarrassing them in the process, although playing them as heroic all the while. It makes for an entertaining and unpredictable read, although it’s not going to be the way everyone wants their heroes portrayed.

They’re more traditionally heroic as posed by Federico Vicentini, who works in the neat, but anonymous action style so favoured by Marvel. It borders on cartooning, is good with personality and action, but you’d be hard pressed to distinguish Vicentini from half a dozen similar European artists on superhero graphic novels. When it comes to the big action sequences, though, he provides the proper cinematic sweep.

At times it seems Landy’s pushing too many boundaries too soon, but he’s skilled and balances the excess with a few home truths, particularly for those keen to hijack Captain America for their bigoted form of patriotism. Some matters have to be taken as given, such as the unlikely matter of the Natural’s hero worship, and generic ability and training making him capable of taking down Winter Soldier. Cut Off One Head is also monstrously self-aware, bordering on smug in places, but provided you can also have a laugh with superheroes, it’s a lot of fun all the way to a suspenseful ending. 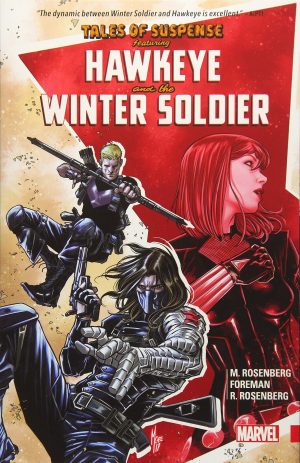